On Tuesday, May 29, the students of Santa Fe High School returned to class for the first time since a horrific school shooting rocked their community.

Since that awful day on May 18, the community has worked to rebuild itself after this senseless and heartbreaking loss of life.  Leading up to their return to school, visiting singer Justin Timberlake paid tribute to the community in an amazing way. 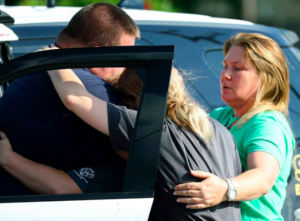 When Timberlake made his way to Texas for his Man of the Woods Tour, he knew that he needed to use his platform to honor the fallen and reach out to survivors struggling in the aftermath. 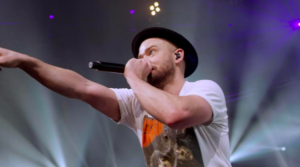 The tour took him to Houston, and during the show, he took time to say a few words and play a song for a state in mourning. He took to the stage with an acoustic guitar and played “Until the End of Time” to honor Santa Fe High School and the kids who call Santa Fe home. 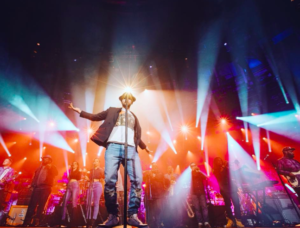 While playing, he also wore a “Santa Fe Strong” shirt. But his act of kindness wasn’t limited to the stage. While in Texas, he made his way to the hospital to visit Sarah Salazar, a student who was injured during the shooting. 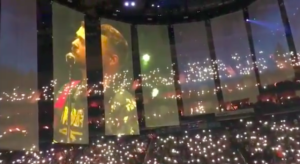 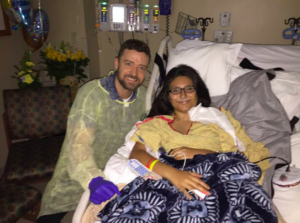 Sarah’s mother, Sonia Lopez-Puentes, posted this photo of the pop star and resilient teen on social media and stated that Timberlake also brought her a gift to cheer her up. During the show, Timberlake also acknowledged the fact that Houston itself had been through tough times recently in light of hurricane damage. 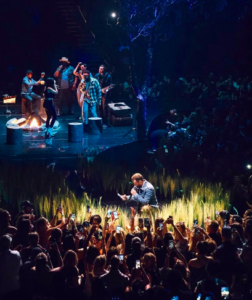 While there’s only so much celebrities can do with their power and influence, small acts of kindness like this can make a huge impact on those who are suffering. Watch Timberlake perform “Until the End of Time” in the video down below and be sure to share this story if it warmed your heart!

Have you ever wished you could hop on the back of a flying eagle and get a bird's eye view of a scenic vista? If so, today is your lucky...

A few months ago, Dani Connor moved from London, England, to northern Sweden to pursue her dream of being a wildlife photographer. The recent zoology graduate's leap of faith proved...

Sweet Pup With No Front Legs Is Living Her Best Life Hopping Around Like A Kangaroo.

When Zach Skow, who runs a dog rescue, first met Cora Rose, she had two broken legs and a broken back, which suggested she had been hit by a car....