Love hurts. While it’s undoubtedly one of the best aspects of life, it can also be one of the most painful and confusing.

Many people process these complicated emotions by pouring them onto a page, never to be seen by anyone else. But that’s not the only option! Every year, thousands are finding comfort in sharing their burdens with a fictional character… who writes back. 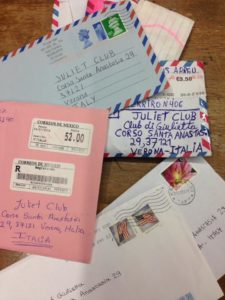 For decades, individuals from around the world have sent letters to Juliet Capulet in Verona, Italy. The tradition goes as far back as the 1930s, when people began leaving letters at her tomb in the Abbey of San Francesco. Adding more fuel to this fire is the Casa di Giulietta, where Shakespeare is said to have drawn inspiration for “Romeo and Juliet.”

But these days, the real magic happens in a nearby storage room. 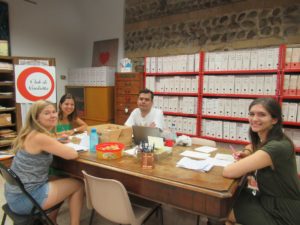 The Juliet Club, a nonprofit organization, receives about 50,000 letters every year, which detail stories of fear, insecurity, love, and heartache. In return, the “secretaries of Juliet” reply to as many missives as possible in her voice.

“When people write to Juliet, [their] hearts are often frustrated, confused, and in a mess,” said Martin Hopley, one of the volunteers. “But she takes all those feelings, calms them down, and reads them back to you as a beautiful song that’s easier to understand.”

Martin would know. He sent a letter of his own in 2015, and the message he received six months later changed his life. 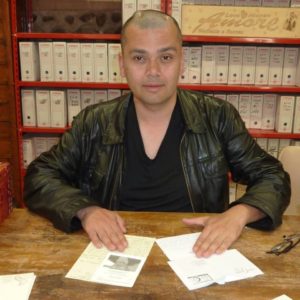 In his letter, Martin explained that he survived a brain tumor as a child. As a result, he lives with multiple disabilities, including memory loss from brain damage. He also had his heart broken.

While he kept much of the reply he received private, he said Juliet told him, “You are meant to be alive.” He added, “The words Juliet had written by hand were like nothing I had ever heard, nothing I had ever read before, because she was specifically talking to me.”

Now, he’s repaying the favor by making sure others get the same experience. 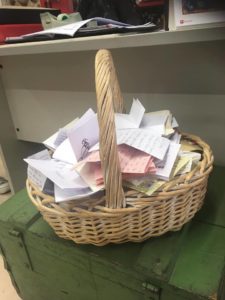 Each letter goes to the volunteer who is best able to empathize with its contents. Then they respond like she would. For Martin, it feels like Juliet speaks through him. 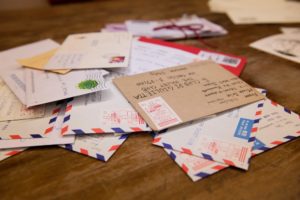 Amazingly enough, you can visit the Juliet Club archive and be surrounded by the countless words of love that reside there. It’s a beautiful display of vulnerability that wouldn’t exist without aching hearts and a need to be heard. 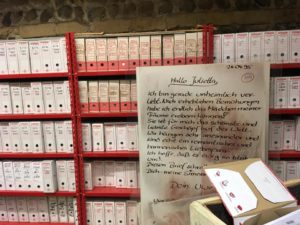 It’s so comforting to realize this has been going on for so many years! What a lovely way to walk with a stranger and encourage them to live their best life!

Learn how to send your own letter to Juliet by clicking here, and share this story with anyone who might benefit from it.