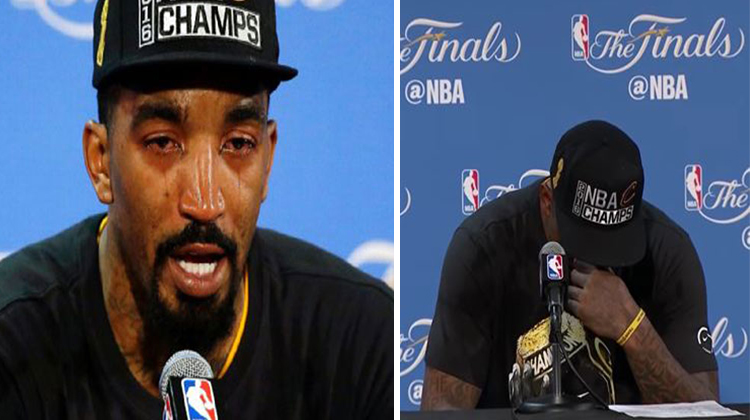 In an emotional post game interview after winning the NBA Finals on Father’s Day, Cleveland Cavaliers guard J.R. Smith credited his family, and specifically his father, as his main source of inspiration and the driving force behind his success, on the court and in life.

“I mean, my parents, my family, that’s the biggest inspiration in my life,” Smith said while fighting back tears. “I’ve been in a lot of dark spots in my life, and if it wasn’t for them, I wouldn’t be able to get out of it. But they are who they are.”

The incredibly human moment from an NBA superstar stunned the press room into silence. Smith went on to explain that despite all of his fame and fortune, all that mattered in the end was his family.  This especially mattered since Smith’s checkered past has been filled with struggle, defamation, pain, and many ups and downs.

Check out Smith’s emotional interview in the video below.  Beautiful.

Share this touching moment with your dad or family today.