Jordan Carter definitely isn’t your average youth basketball coach. In fact, some people think he’s joking when he comes to games and announces his title.

That’s because he doesn’t look much older than the kids he leads… and honestly, he isn’t. Only a few years separate the Norman, Oklahoma teen from his players — four, to be exact. 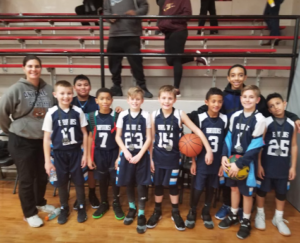 While the 14-year-old is a huge basketball fan as well as a talented player, he never expected to take on the role traditionally filled by an adult. But when his little brother wanted to start a team and nobody offered to coach, he decided to step up. 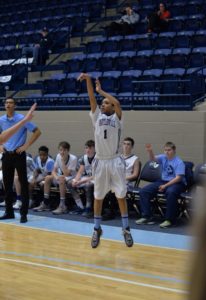 “My brother, him and a couple friends were wanting to start a team together but none of the parents, they didn’t want to coach,” Jordan said. “So I was like, okay, I’ll be the coach then.” 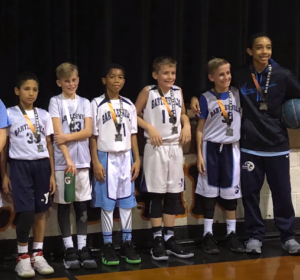 And, as it turns out, he does a pretty fantastic job. Not only do his 10-year-old players look to him as a leader, but a big brother, too. It’s not all smooth sailing, though. One of the players’ moms has to sit on the bench near him to reassure people there is an adult watching over the boys. But when they’re on the court, it’s obvious who’s really coaching. 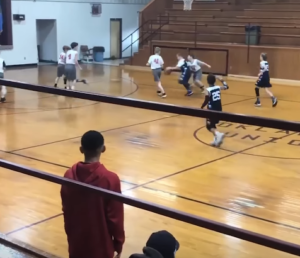 Adults have such a hard time accepting Jordan’s role as coach that his mom, LaTori, often has to pay for him to get into games. Coaches usually get in for free, but people running the admissions tables don’t believe Jordan much of the time. LaTori doesn’t have a problem paying, though she always insists her son is telling the truth. 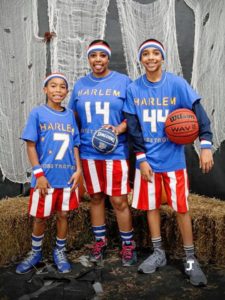 This doesn’t bother Jordan too much. He’s focused on something much more important: being the best role model he can for his team.

“I just wanted to teach my brother and some of his friends what I know,” Jordan said. “I just want the best for all of them.” 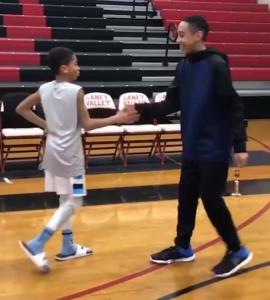 It doesn’t hurt that he’s gotten reassurance from other coaches, either. One opposing coach even gave Jordan a pep talk after his team lost a championship game.

“(He) told him that he has done a great job coaching these boys and if he keeps these boys together, our team’s really going to be good in the next couple years,” LaTori said. “That was really heartwarming to hear.” 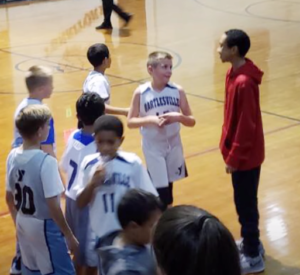 He may only be a teenager, but clearly, Jordan is wise and mature beyond his years. These kids are lucky to have him as a coach. While he probably never saw himself coaching at such a young age, he’s definitely turned out to be an amazing fit for the job.

Learn more about Coach Jordan’s positive influence on the team below, and share with other sports fans you know!

Teenager wows everyone as head coach

When this team needed a coach, the most unlikely person stepped up.