The Aledo, Texas student was active and loved participating in football camp, but his nagging headaches eventually sent him to his doctor. That’s when Joey and his family received a devastating diagnosis. Joey had a rare form of cancer called pineoblastoma, resulting in a tumor growing in his brain and causing a build-up of spinal fluid. 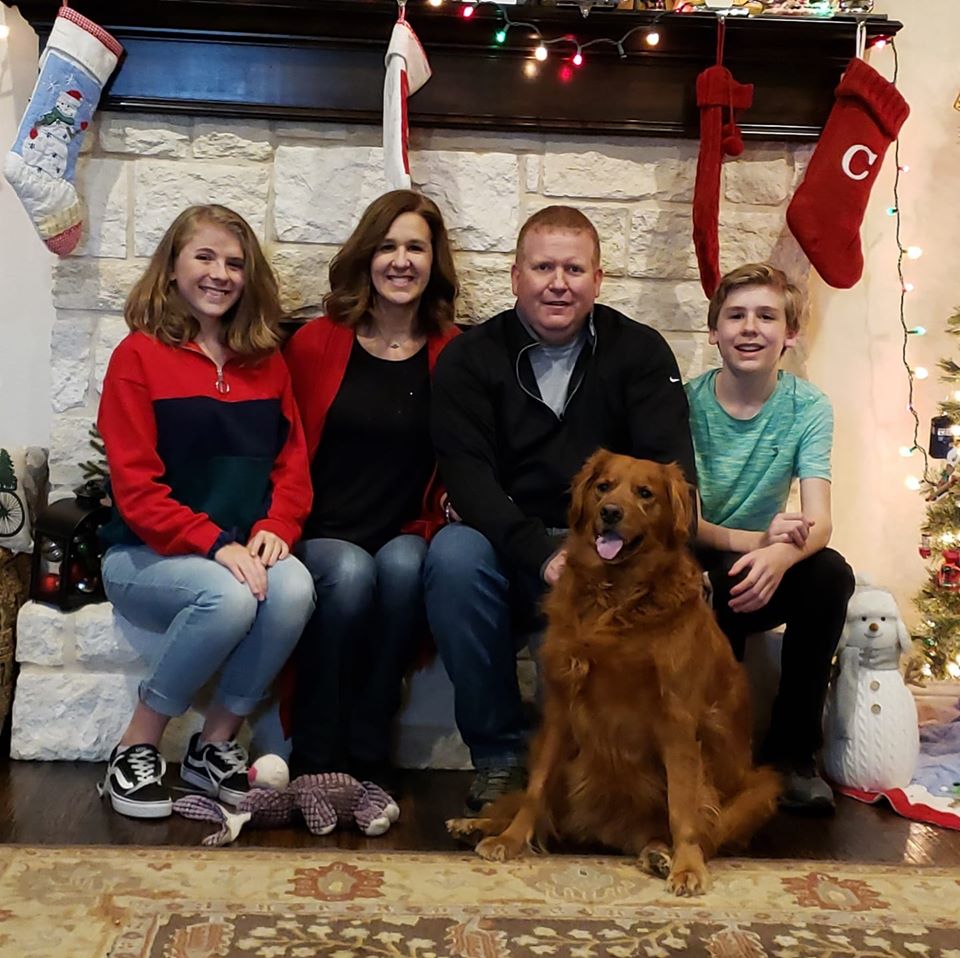 Overnight the Belles’s world changed. Joey went to Cook Children’s Medical Center in Fort Worth, Texas to start his treatments. A surgeon was able to remove the entire tumor, but Joey still faced months of proton radiation therapy. By November, the teen was admitted to Cook Children’s Bone Marrow Transplant Unit where he began stem cell chemotherapy.

“It was really hard on his body,” said Joey’s mom, Denise Belles. “You deplete them (patients) of everything and start from scratch. But the doctor said to Joey ‘You don’t have a shot if you don’t have the right attitude.’ So we came up with a plan and no matter what, we were going to be positive about it.” 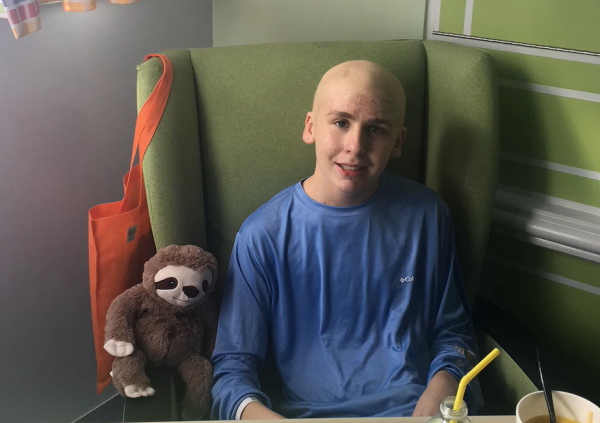 After speaking with a physical therapist, Joey decided to participate in a new program at Cook Children’s designed to help patients undergoing cancer treatments exercise more. The “Miles in Motion” program promised a gift card for every 10 miles walked around the hospital’s looping corridors. Joey says he was moving pretty slowly when he first arrived on the unit, but the key was never giving up.

“When I first got here, I was sick and I was moving pretty slow,” said Joey. “We started walking the first day, but I could only do two laps.”

With support from his parents, Joey pledged to walk every single day when he was in the hospital. He was admitted four different times, each time for 2-4 weeks each. He slowly began to see signs of his former stamina returning when he was able to increase his laps from two each day, to ten. Before long he was walking 30 laps a day!

Incredibly, just a few months after taking that important first step, Joey recently clocked his 26th mile in the “Miles in Motion” program. Hospital workers were so excited that they planned a special “Olympic” moment for the teenager to celebrate the moment he officially walked a marathon. 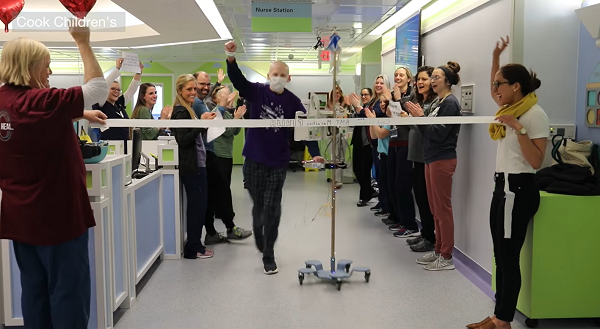 “Joey! Joey! Joey” cried staff members as Joey dragged his IV stand across the improvised-finish line. “This is awesome,” he said as he was covered with a foil recovery blanket and handed a bowl of healthy snacks. Like the rest of his cancer journey, his mom and dad were there to cheer him on.

“I could have never done it without my family, the whole team we have. Everyone has been so supportive of me. It’s just truly amazing what we have done, me and my parents,” Joey said. “In the beginning, I really thought this was going to be devastating, but everyone has been helping me and pushing me. With them, I knew I could get through this and do it with power. 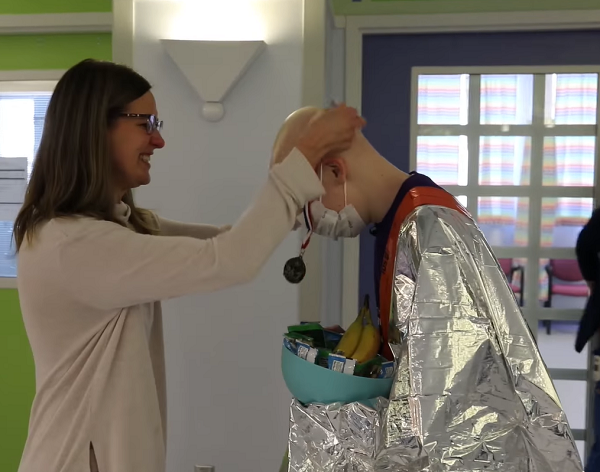 To top it off, the marathon isn’t the only thing Joey completed that day. He also finished his chemotherapy treatment!

“I’m so proud of him. It shows how if you have the right mindset then you can overcome anything,” said Denise. “We’re a close-knit family. We just love being together, but this has brought us so much closer. We don’t want to wait to do stuff, like travel, anymore. We enjoy each other and we don’t take anything for granted.” 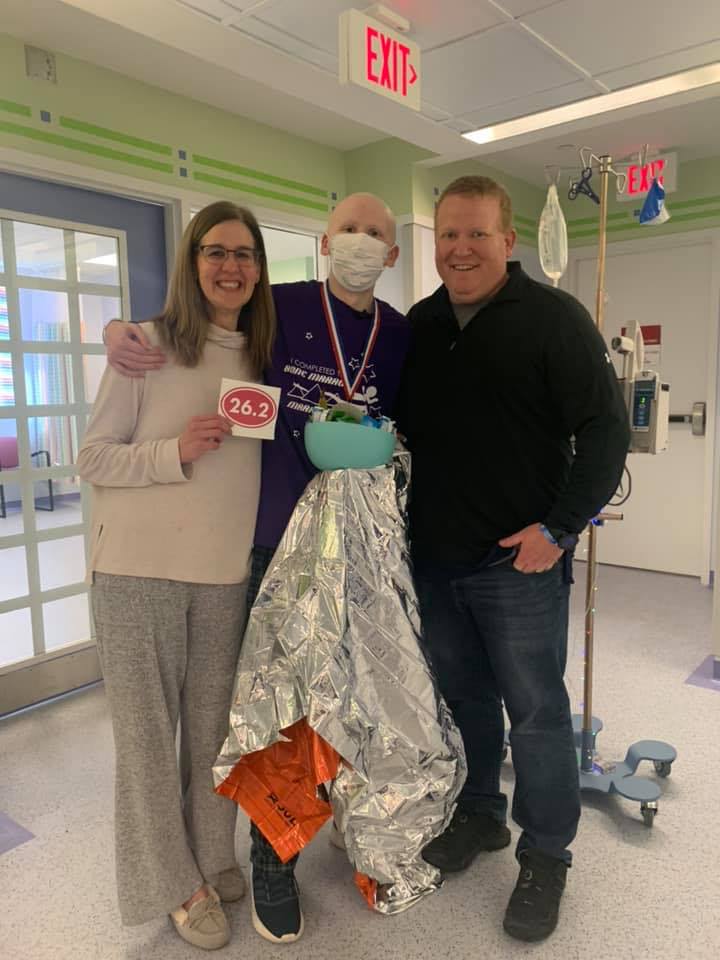 Now that Joey is well again, the family plans to downsize their house so they can afford to take more family vacations. We’re certain their travels will include lots and lots of walking, and Joey is more than ready for the next challenge.

Watch Joey celebrating his marathon in the video above, and don’t forget to share.