On February 21, Brookdale Midwestern, an assisted living facility in Wichita Falls, Texas, posted a photo of resident Joe Cuba, affectionately nicknamed “GI Joe,” holding a sign that read, “I’m a World War II veteran who will be turning 100 on March 2, 2019. I would like to receive 100 birthday cards.”

With less than 10 days til his birthday, 100 cards was a lofty goal. Everyone at Brookdale was hopeful it would happen for GI Joe, but no one expected what came next.

In the days that followed, Brookdale’s mail room was flooded was birthday cards and even gifts from around the world. Before anyone knew it, Joe was a viral sensation. 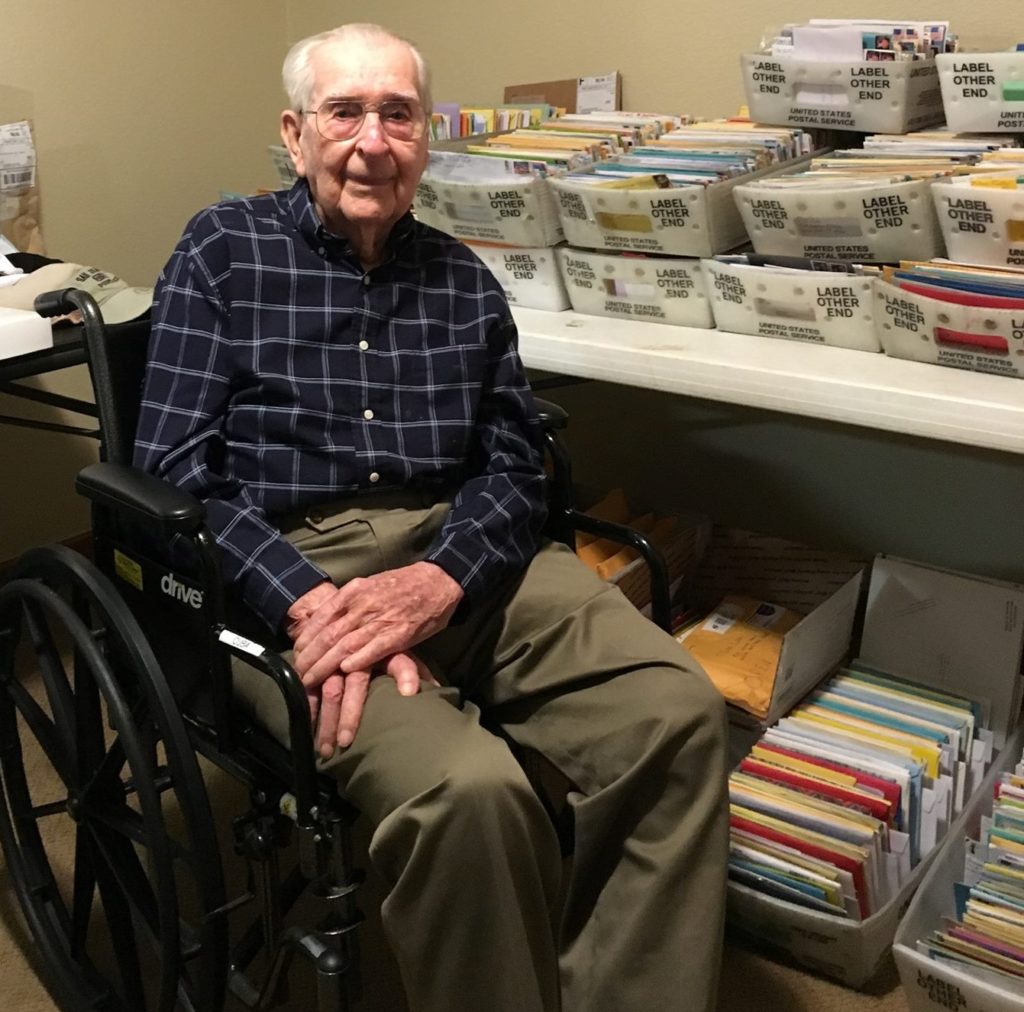 Brookdale could hardly keep track of all the letters pouring in, but on March 1, they posted an update: Joe received approximately 35,000 birthday cards, plus over 100 gifts — and more are on the way!

On top of that, Joe was the star at a huge birthday bash thrown this past Saturday. Wichita Falls locals and residents from neighboring towns flocked to Brookdale to celebrate the big 1-0-0, including a Texas senator who declared March 2 as official “Joe Cuba day.”

Joe’s daughter, Beverly, says her dad has been nothing short of giddy.

“Every time he opens a card, it’s special, the gift that keeps on giving. We never even dreamed of this response — to know people love him this much. Even if he died tomorrow, it’s been just the most beautiful gift that you could have ever given him and us, as a family.”

When terrible things happen, we rely on love and support from our family and friends to get us through. On July 30, 17-year-old Sarah Frei of Kaysville, Utah, was driving...