Losing weight is a tough undertaking, no matter how old you are. But as we age and our metabolisms start slowing to a screeching halt, it’s especially difficult to drop the pounds or even find the motivation to do so.

That’s what makes Jessica Slaughter’s accomplishment so impressive. The senior from St. Louis, Missouri, is in the best shape of her life at 86 years old, and she credits her now stellar health to two major lifestyle changes.

“Even as a kid in Mississippi, I was always the fattest kid in the class. I got teased a lot,” Jessica said. “I didn’t know how to stop eating. Fried chicken. Bacon and eggs. Desserts, like cakes and pies.” 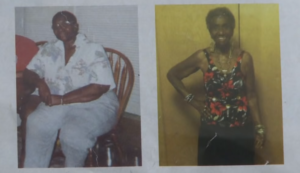 It wasn’t until she reached her 70s that Jessica decided enough was enough. She was tired of being overweight and she wasn’t ready to give up on herself. “I just didn’t want to die like that,” she explained. So she began her journey by adopting a vegan diet, opting for fruits, vegetables, and tofu rather than the comfort foods of her youth. 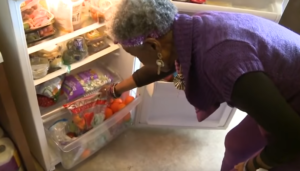 Then, in the mornings, she walked back and forth in her one-bedroom apartment until she felt she’d gotten enough exercise for the day.

She eventually measured her progress with a Fitbit, counting 3,000 steps before stopping. Her hard work and dedication paid off in a big way: she lost an incredible 120 pounds, going from a size 22 to a size 4!

At her heaviest, Jessica was pre-diabetic. Now she says she’s “free of all that.” In fact, her doctor says she’s healthier than he is! 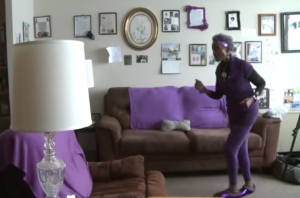 Jessica hopes her success will show her peers that it’s never too late to make a positive change. “I just want seniors to know just because we’ve gotten a certain age, we don’t have to stop living,” she said. “I want to tell them that there’s a better way of life if they choose.”

It’s clear to anyone who can see that Jessica’s confidence has skyrocketed; she absolutely radiates when she shares her story. Learn more about her amazing transformation in the video below, and share to motivate others.