Officer Jeremy Dean has been with the West Valley City Police Department in Utah for four years now, but nothing could have prepared him for the frantic scene that unfolded in the middle of a street.

Dean was out driving on February 11 when the car in front of him came to a sudden stop. Unsure what was going on, he got out of his cruiser to check it out. That’s when a man ran up to him, crying, “My baby is outside here!” 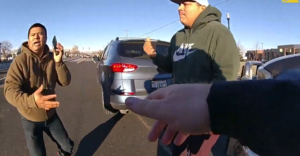 As it turned out, the stranger’s pregnant wife had gone into labor and didn’t have time to make it to the hospital just 1 mile away. Dean is a father himself and used to work as an emergency medical technician, but he said he’d never delivered a baby before.

Of course, that didn’t stop him from calling for backup, throwing on a pair of gloves, and rushing to help the terrified mom. By the time paramedics arrived, little Michelle was born!

“She said she was going, and the baby came out,” Dean said. “The baby was crying—not super loud, just the cute, newborn baby kind of thing. She was breathing very well and moving and just cared for it until the ambulance got there.” 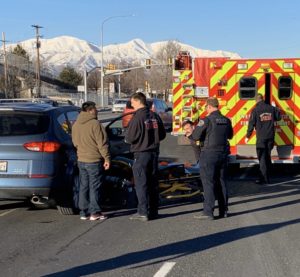 Even other police officers are praising Dean’s incredible response! Throughout his 18 years on the force, Lt. Bill Merritt said he’s only heard of something like this happening twice before.

“This one was a first for me,” Merritt said. “And the way he handled it, as calm as he was … what I heard on the radio was very impressive.”

Dean was reunited with the sweet family he’d helped later that day when he visited them in the hospital, bringing a gift from the department.

“Congratulations to mom and dad on number five,” he said. “A little girl, pretty cute too.” 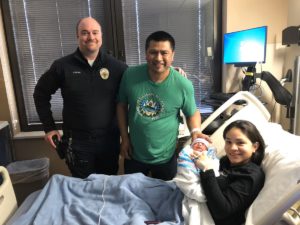 While it couldn’t have been easy for Dean to keep his cool during such a stressful situation, he powered through to make sure Michelle came into the world safely. That’s what makes him a true hero!

Check out the stunning footage from his body cam in the video below, and share this story to thank Officer Dean for his service.

When Mom Gives Birth Unexpectedly At 30,000 Ft, Doctor And NICU Nurses Get To Work.