Last week, previously recorded episodes of the popular game show “Jeopardy!” began airing on TV featuring a woman named Cindy Stowell. Cindy appeared to be like any other contestant, but it turns out Cindy wasn’t just playing a game, she was living out her final days and fulfilling a dying wish.

Cindy’s episodes were taped starting August 31st, but Cindy never got to watch herself on TV. She passed away on December 5th from colon cancer, just days before her episodes went on air.

The 41-year-old science content developer from Austin, Texas knew that she was dying when she first signed on with the show. She had passed on online contestant test and was preparing for an in-person audition when her doctor gave her some terrible news: she only had months to live. That’s when Cindy decided to reach out to a “Jeopardy!” producer.

The following is an excerpt from that email:

Do you have any idea how long it typically takes between an in-person interview and the taping date? I ask because I just found out that I don’t have too much longer to live. The doctor’s best guess is about six months. If there is the chance that I’d be able to still tape episodes of ‘Jeopardy!’ if I were selected, I’d like to do that and donate any winnings to charities involved in cancer research. It if is unlikely that the turnaround time would be that quick, then I’d like to give up my tryout spot to someone else.

Cindy was booked by the show just 3 weeks later, the fastest turnaround possible.

On the show, Cindy wasn’t looking for sympathy, just fierce competition. Only a few of the show’s staff members– including host Alex Trebek– knew of her condition; her competitors were unaware. 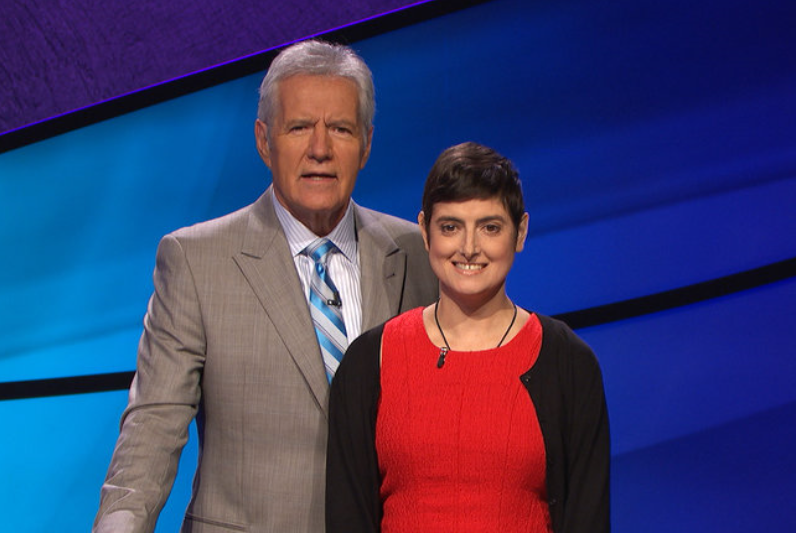 Cindy competed with Stage IV cancer, on painkillers, while fighting a blood infection, with a high fever… and she still managed to unseat the reigning victor and win 4 shows in a row.

In fact, it’s possible her streak of victories will continue! A “Jeopardy!” champion usually continues in the game until they are dethroned by a new contestant.

In a statement, Cindy’s loved ones explained: “Cindy came on ‘Jeopardy!’ to play the game she loved, and in doing so, she was able to make a contribution to cancer research in the hopes that no one else would have to go through what she did.” 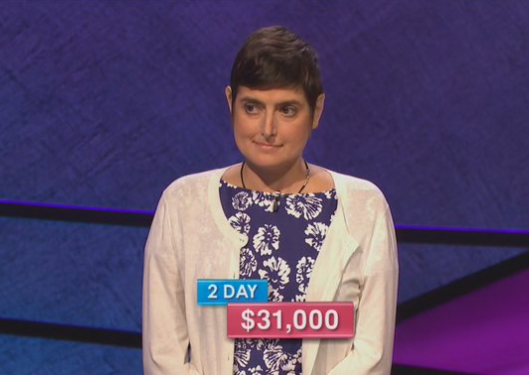 Cindy’ boyfriend added, “She knew she wasn’t going to be around, and so she felt like the best thing she could do was try to help do what she could to help get us to a cure faster.”