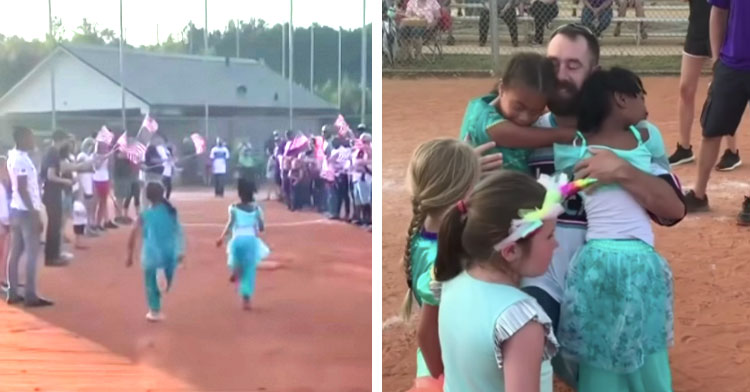 Nothing beats the joy you feel as a kid when you see your loved ones cheering you on.

Jake Bunger’s two 6-year-old daughters, Taya and Liberty, played their first season of softball while their dad was deployed in Afghanistan. His original schedule meant he would miss every single one of their games. Thankfully, the girls’ coach helped pull off an epic surprise! 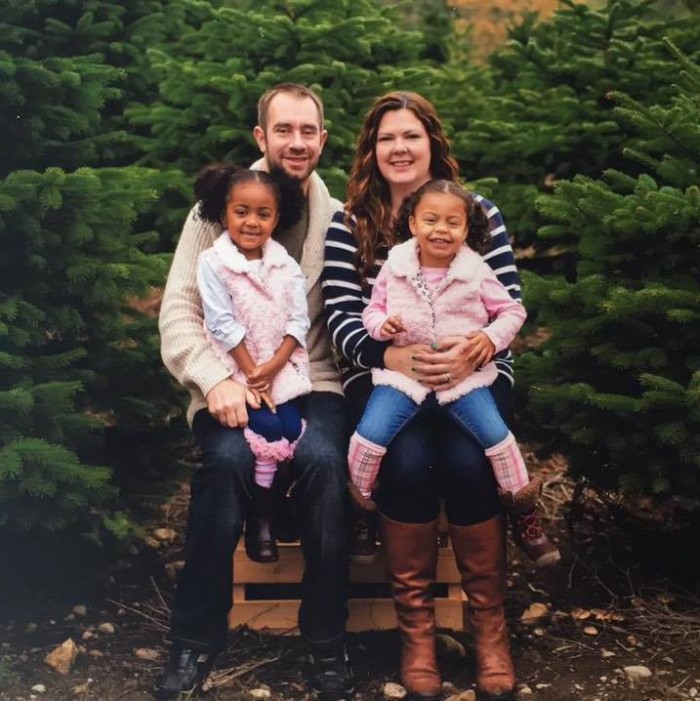 Five months had passed since Jake had been gone, so Taya and Liberty were used to life with their mom Anna. When the time came to play their final game, they had no expectations other than dressing up as princesses to honor their league’s fun tradition.

Little did they know, Matt Still, their coach, had teamed up with Anna and some of the other parents to pull off an epic surprise! He brought every player to the outfield and made sure they kept their backs to the diamond while Jake got into position.

As Matt recorded a video of the team, he asked them how the season had been and if they enjoyed it. Then he told them to turn around and see who was standing on home plate. It took Taya and Liberty a few seconds to figure out what was going on, but as soon as they did, they took off running! 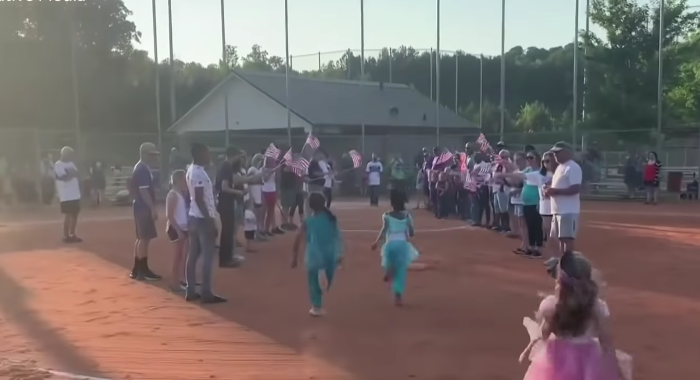 In the clip, we hear them shout, “Daddy!” before they run into his arms! While the three of them share the sweetest embrace, the crowd cheers in celebration of the wonderful homecoming.

As for Jake, he can’t help choking up a bit as he holds his girls for the first time in months. 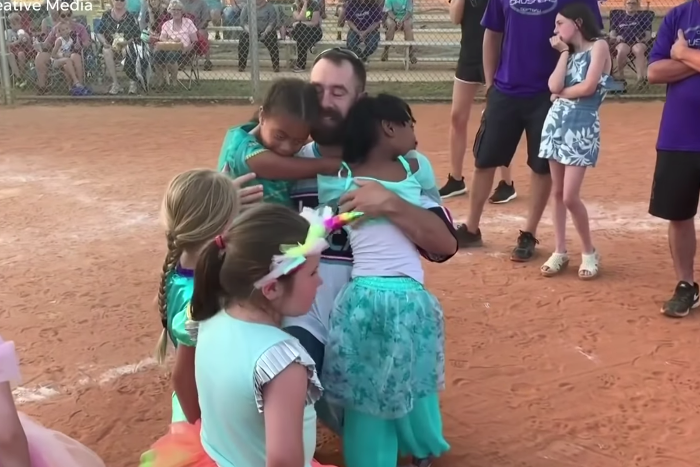 At long last, the girls got to play their final game while their dad cheered for them in the stands. It doesn’t get much better than that!

Grab some tissues before you watch the heartwarming reunion in the video below, and don’t forget to share this story with your friends.