You know what they say: Dance like no one’s watching.

If you need some pointers on how, exactly, to do that, you can pick up some serious inspiration from this guy. Lashea Battle posted the below video on her Facebook page on November 15 and it’s since gone viral, garnering more than 30 million views, nearly 480,000 shares, and tens of thousands of comments.

Why? Because just take a look at this guy! He moves with such unbridled joy, cutting loose in a multi-tiered stadium as he happily dances away to The Jackson 5’s upbeat classic, “I Want You Back.” 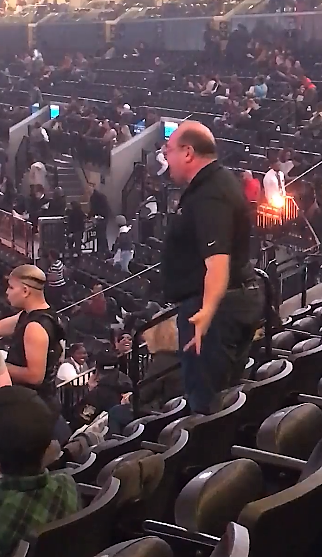 And who can’t relate to just wanting to jump up and start dancing when one of your favorite songs comes on? 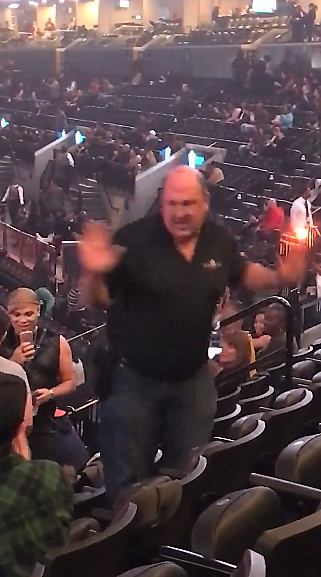 “He was rad! Better moves than most the guys out there!” noted one commenter.

“This guy is over flowing with soul. Dance on buddy!” enthused another.

Lashea writes in her post that she shot the clip at a Janet Jackson concert, and the dancing man has been identified as Vic Picinich, a 55-year-old California resident, and professional announcer. 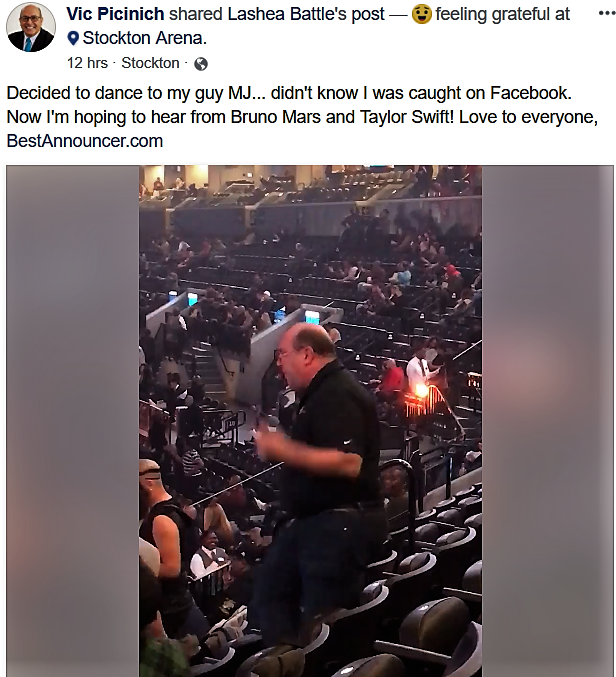 Watch the video below to see this man get down and share to spread some smiles!