There are few musical instruments more hauntingly beautiful than the Native American flute.

These ancient instruments produce a high, ethereal melody that somehow instantly relaxes the listener no matter what is going on around them. Perhaps that’s why Paul Harvey, an ironworker from Minnesota, carries his flutes with him wherever he goes just in case the mood to play strikes him. 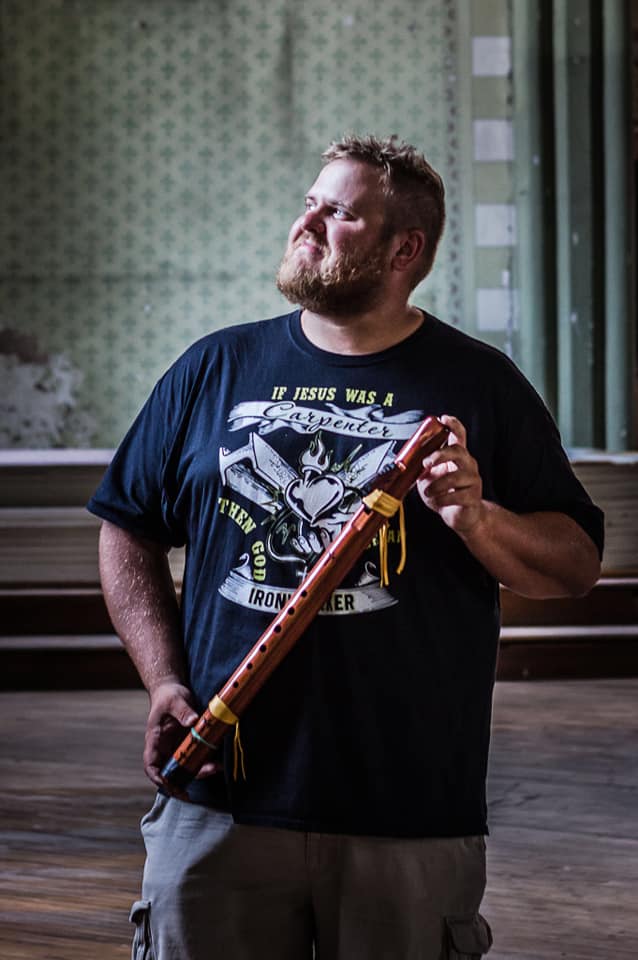 Paul was working on a 40-story tower in Minneapolis when he realized that the empty cement halls provided a perfect acoustical backdrop for flute-playing. He has previously recorded himself playing his flute in odd places like an abandoned church and on a mountaintop, so this wasn’t out of the ordinary for him.

Wearing a hard helmet and his paint-spattered work clothes, Paul stood alone in the vacant tower and began to freestyle on his instrument. The result is a peaceful and moving original song made absolutely incredible by the reverberations of the concrete walls around him. After some consideration, he decided to call the song “Concrete Peace,” which suits the melody beautifully. There’s just something about the delicate melody Paul produces in stark contrast with those bleak gray walls. 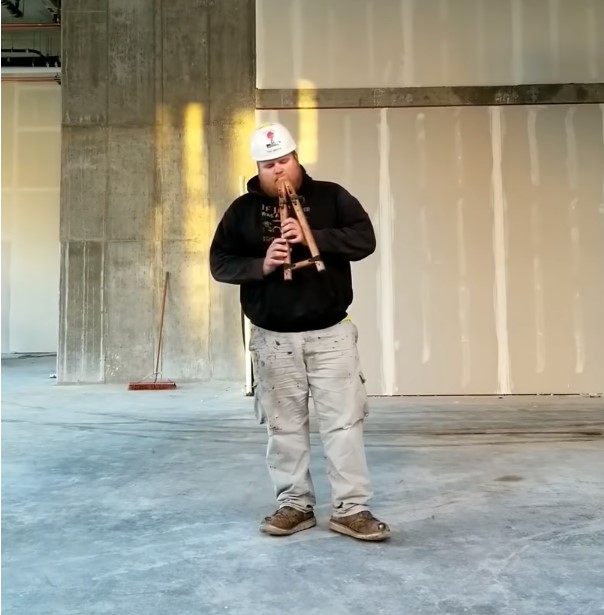 Remarkably, Paul revealed on Reddit that he is completely self-taught.

“I picked up a similar flute about 7 years ago at a tourist store in South Dakota and started playing,” he wrote. “I definitely connected with it almost immediately. I also play several other instruments including clarinet, sax, Irish flute, bagpipes and [various] other woodwinds. Never had a music lesson nor can I read music. Yet. I want to learn.” 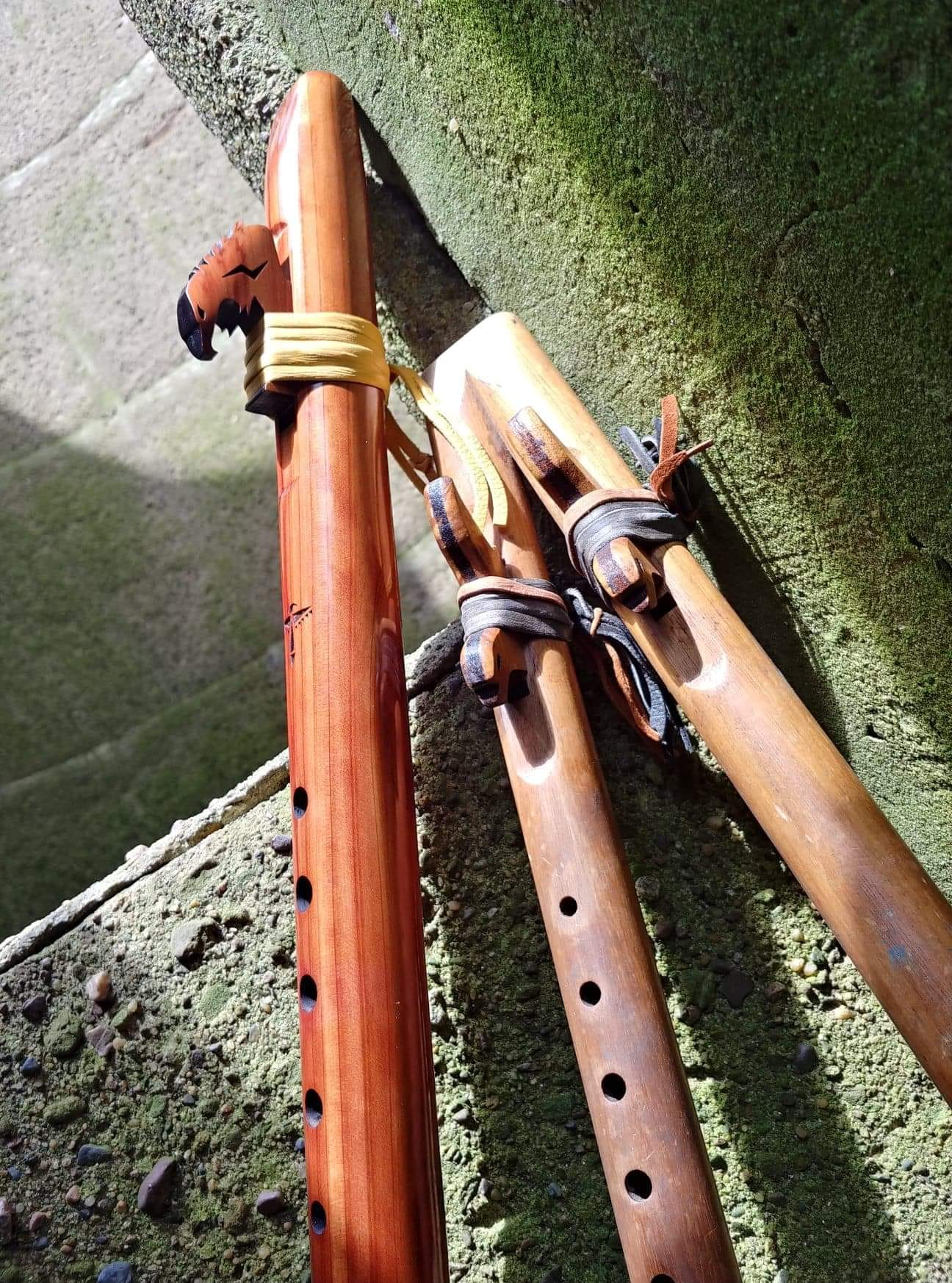 It’s hard to believe that a sound this lovely is produced by such a simple instrument! Paul is a great reminder of how many people have “day jobs” to pay the bills while still nurturing a creative talent like this one on the side. We hope this ironworker continues to make music for us!

Listen to “Concrete Peace” in the video below and be sure to share with a music lover you know.