When Mark and Mary Gundrum went in for their 20-week ultrasound, they were an excited couple anxious to see the sex of their new baby. Everything seemed normal… but moments into the appointment they noticed a mass on their unborn infant’s face.

Baby Dominic, as they planned to name their son, would be born with an encephalocele (brain partially exposed outside the skull) and a Tessier midline facial cleft (an unformed portion of skull through the middle of Dominic’s face) – two rare birth defects that are almost never seen together.

Doctors had no words of hope for the concerned couple. Their best prognosis gave baby Dominic a slim chance of being born alive, and zero chance of developing like a normal newborn should.

Fully expecting the worst, the Gundrums’ took to the web in a desperate search for a solution to their “hopeless” problem. 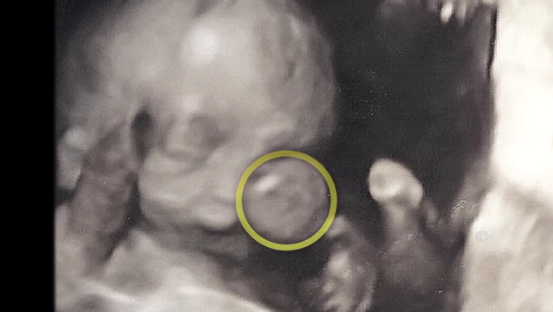 A quick internet search led them to Dr. Meara of Boston Children’s Hospital in Wisconsin. Meara had treated the condition before through Doctors Without Borders in Haiti and other developing countries. 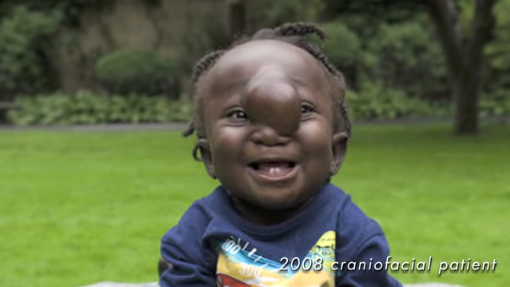 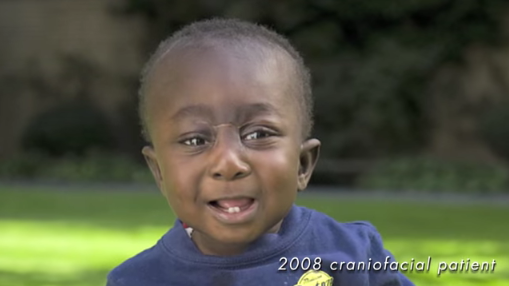 Meara assured the Gundrums’ that there was hope, and after Mary successfully carried Dominic to term, they began working on a plan to restore the little boy’s future. 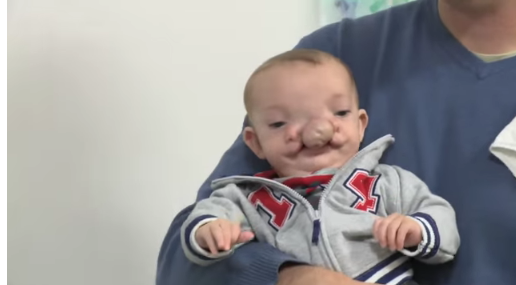 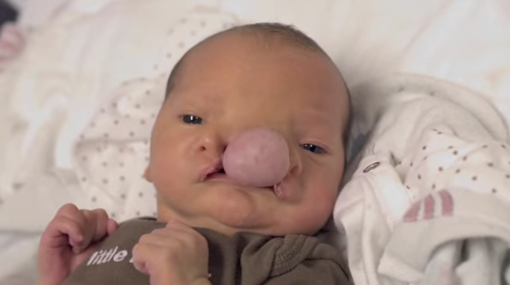 Miraculously, the surgery was successful. Not only is Dominic thriving, but thanks to Doctor Meara, he’ll grow up like any other kid. 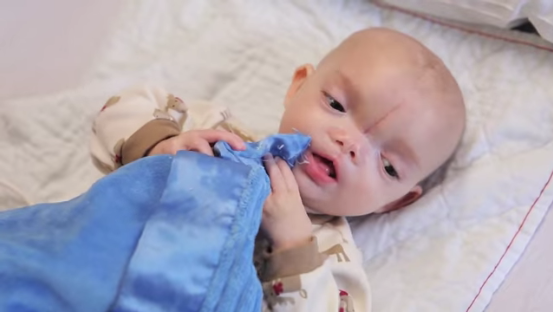 Here’s the Takeaway: When the world tells you to give up hope, chase after it even harder.

Check out Dominic’s story in the video below and share if you were inspired to have hope today!