Police officers risk their lives all the time to keep the rest of us safe. And natural disasters are no exception.

In September, Tropical Storm Imelda devastated southeast Texas, unleashing over 40 inches of rain. Many found themselves trapped in the record-breaking floods, including a terrified family of four stranded in their car. As the floodwaters rose, so did their panic. Their time was running out. 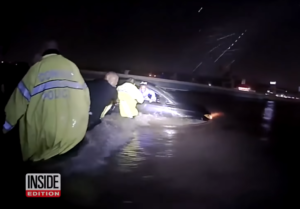 In a harrowing 911 call, a woman could be heard pleading with the dispatcher as her little boy screamed for help.

But Conroe police weren’t about to let them drown. Officers Richard Cruz, Andres Garcia, Chris Herrera, Kaylee Castañon, and Jason Tosto rushed to the scene, forming a human chain in the water to pull the family to safety. 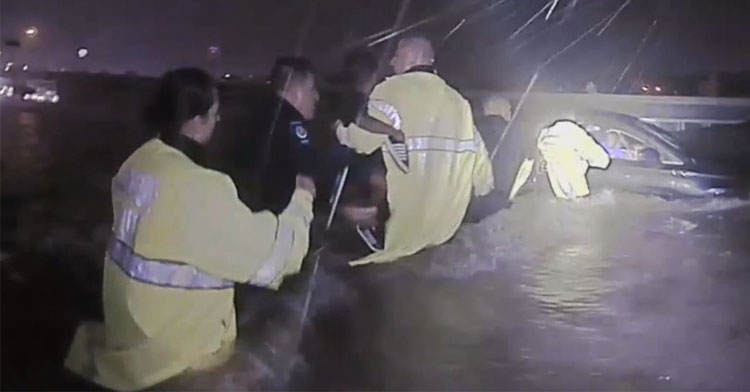 One officer’s bodycam recorded as she briefly went under, fighting against the current. As she broke the surface, the others pulled two children from the flooded vehicle, passing them from person to person before freeing the adults. 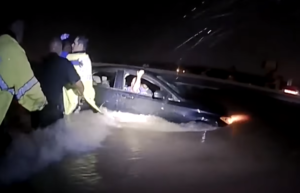 Thanks to their bravery, everyone escaped the car safely. Now, all of the officers are being recognized for their courageous actions — including Communications Officer Laura Trott, who took the 911 call. 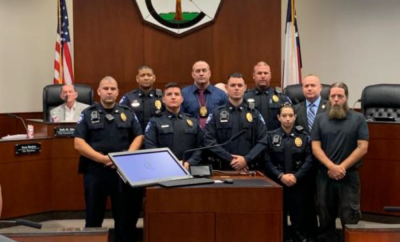 Trott received a Chief Recognition Coin and the first CPD 911 Communications Coin for her vital role in the rescue. She kept the caller calm and gained the information officers needed to find them. Without her, the others wouldn’t have been able to help the family in time.

Because of people like these, more than 1,000 rescues took place during the storm. We share our thanks with every single officer and citizen who put themselves in danger to save lives. They are true heroes.

Watch the officers save an entire family in the video below. Share to spread thanks for their heroism.