Most teenagers are trying to decide what they want to do with their lives during their senior year. They’re preoccupied with thoughts of graduation, college, travel, and future careers.

Ilijah Barron, on the other hand, spent his last year of high school fighting for his life. The 19-year-old has been battling osteosarcoma, a type of bone cancer, for more than 18 months, enduring chemotherapy and multiple surgeries, including having his left femur removed. 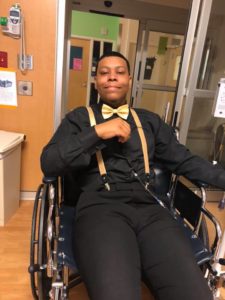 But throughout it all, Ilijah has kept his spirits up. He’s even been looking forward to going to Liverpool High School’s senior ball with his friends. Unfortunately, just a couple of days before the event, he experienced an excruciating onset of pain in his leg, prompting a hospital visit. He wouldn’t be able to attend the dance.

“That broke him into pieces,” his mom, Nelisha said. “I decided I would try with everything in me to make him happy so he wouldn’t miss that moment. I decided it was going to happen!”

So, Ilijah none the wiser, Nelisha schemed with hospital staff and her son’s classmates to bring the dance to him at New York’s Golisano Children’s Hospital. When the big day came in June and she told Ilijah what they’d done, he broke down in tears. 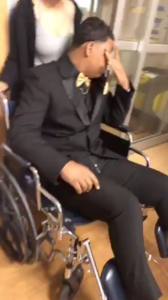 The entire 11th floor had been transformed into his own special party, complete with music, a photo booth, and catered dinner. 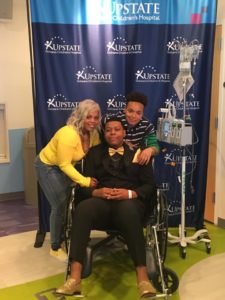 More than 2o of his classmates came, all dressed up for a good time — and all for Illijah. 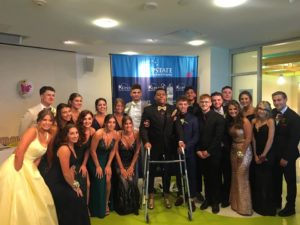 After everything he’s been through the past year, Illijah was touched by the amazing gesture. 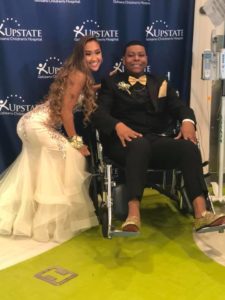 “I loved it,” Illijah said. “It was the most special moment ever. Having everybody there, all my friends. And it was my first high school dance.” 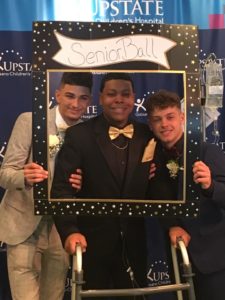 So, to thank his classmates, he planned his own surprise for graduation day. 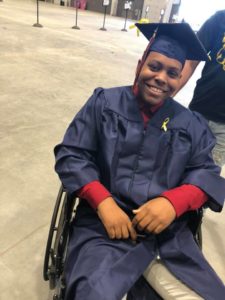 While Illijah normally needs a wheelchair to get around, he didn’t accept his diploma sitting down. He walked across the stage, astonishing both his classmates and teachers, though they weren’t too stunned to cheer him on!

Now Illijah will have two unforgettable milestones to always look back on fondly: the day his classmates proved how much they care and walking at graduation. Despite all he’s dealing with, he sure has a lot of reasons to smile as well.

Learn more about Illijah’s story in the video below, and share to show your support for this strong young man as he continues his battle with cancer.