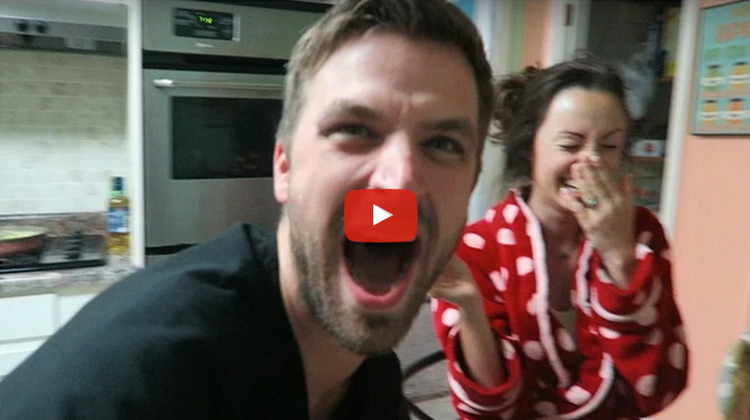 Wife Had No Idea She Was Pregnant, But Sneaky Husband SHOCKE...

Update— In a tragic turn of events,  Sam and Nia just found  out that they had a miscarriage. They are staying strong and even more thankful for the children they do have. You can hear their beautiful reaction in hope and perspective here.
Youtube vlogging couple Sam and Nia’s latest video is a tearjerker.

Sam had an inkling that his wife might be pregnant and decided to take matters into his own hands.  He really wanted to surprise his wife with the news – after all, she had suprised him with two kids already.

So he got a little creative…

As he was coming home from the late shift early one morning, he noticed that she had conveniently left a urine sample in the toilet. He reached into his pocket, pulled out a pregnancy test and got to sleuthing.

Incredibly, his premonition proved to be true! His wife had the funniest reaction at first – not believing him because of Sam’s prankster tendencies – but Nia ends up in tears when she realized the truth.

This candid moment of joy is a beautiful thing… and the kids’ reactions are icing on the cake.