Have you ever looked at your pet in the middle of an unusual situation and found yourself wondering, “How in the world did you end up here?” Animals have a sneaky way of getting into basically everything they’re not supposed to. For the most part, their antics are amusing, but sometimes they can also be incredibly dangerous.

A pup in Almaty, Kazakhstan found itself in the latter category. Somehow, it ended up trapped in a body of rushing water and was hanging dangerously close to a ledge. Thankfully, some kind humans were there to save the day! 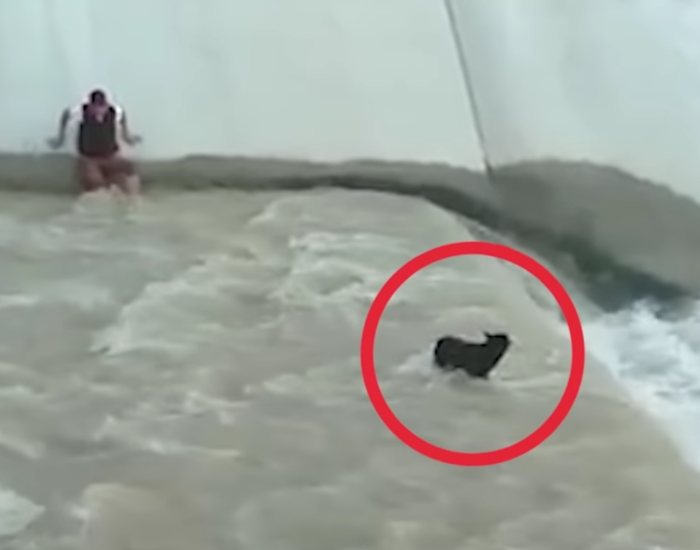 When a man saw the sweet dog was in trouble, he immediately climbed down a concrete embankment in order to rescue it. He then took careful steps through the rushing water toward the dog until he could gently pick the scared creature up and carry it away from the edge. But when he tried to get them back on dry land, he discovered the concrete was too steep to climb while holding the dog.

That’s when even more people got involved! One by one, bystanders created a human chain stretching all the way down the embankment until they could reach the puppy rescuer and pull both of them up. 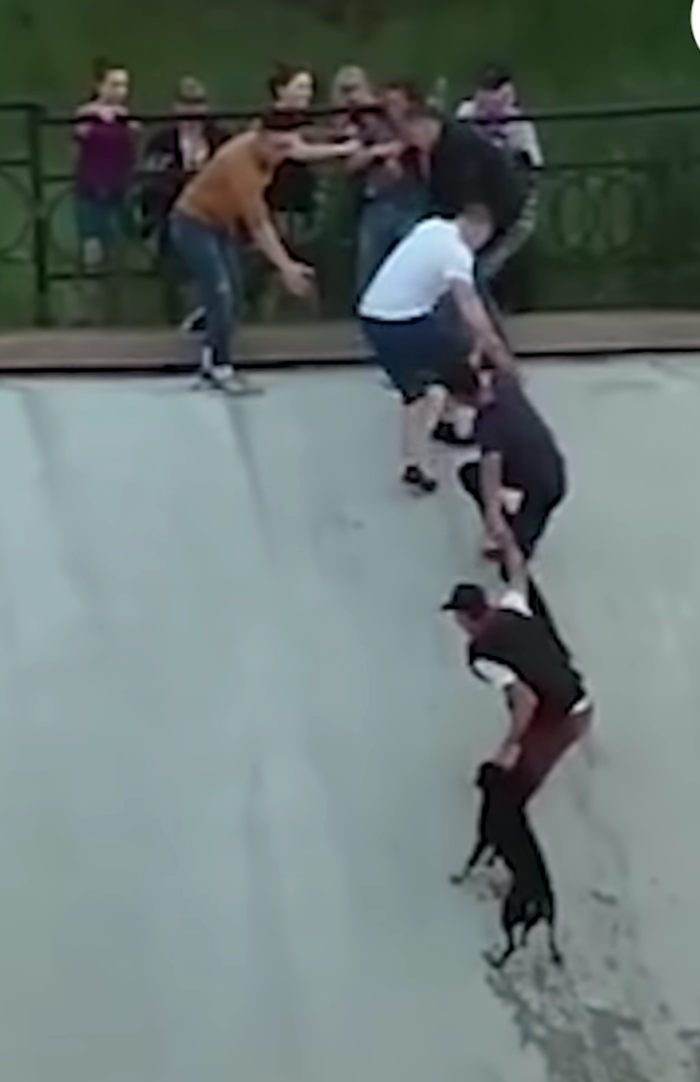 Amazingly, these strangers were able to come together and bring the dog ashore — without anyone getting hurt in the process!

The video of their daring mission has made its way across the Internet and has millions of people applauding those involved.

It’s so touching to see how quickly these strangers responded when they saw an animal in need! What an awesome reminder that people can be incredibly kind and brave in the face of danger.

Check out the suspense-filled rescue in the video below, and don’t forget to share it with your friends!