The holiday season is here, and with it comes a flurry of wish list items from our kids.

Most parents are familiar with the feeling of walking through a store this time of year and having their children spot toy after toy that they’d love to own. It’s hard to instill a feeling of generosity when you’re constantly having to tell them “no,” so one mom came up with an incredibly simple yet clever solution. 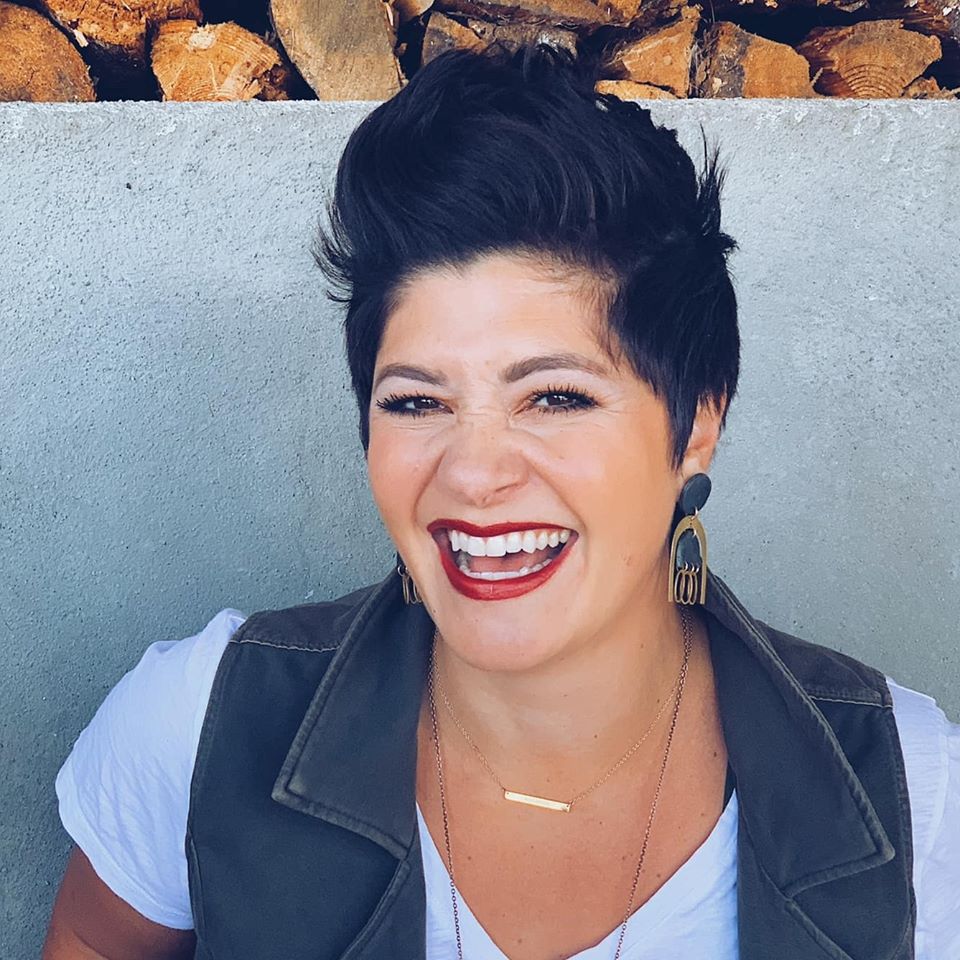 Kristina Watts of Belfair, Washington recently went viral with a Facebook post in which she explains how she handles those in-store meltdowns. “Our trips to the store used to be a lot more painful this time of year,” Kristina wrote. “Toys are out in full force…and of course my kids WANT IT ALL.”

She went on to say that while she’d love to say her kids were so laid back they didn’t even want presents, that’s not the case in their household. In fact, after she and her family organized a toy drive to help victims of Hurricane Michael, her entire garage was filled with the most wonderful toys imaginable and her kids were beside themselves with yearning. Her youngest, daughter Emmie, was particularly hard to distract from the bright, shiny toys that were all earmarked for other kids.

That’s when Kristina came up with her trick to keep Emmie and her sons happy while promptly “outsourcing” the problem. The toy drive has been finished for ages, but now uses this trick during the holiday season: “Take a picture. It’s that simple.” 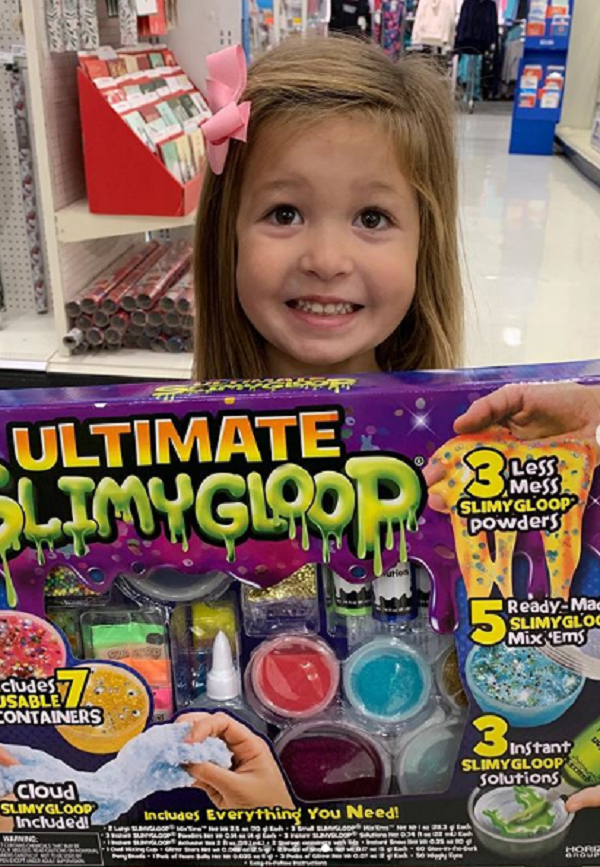 “Pause for a second, comment on the thing they’re pointing out, and say, ‘Let’s take a picture with it and send it to Santa so he knows you want it!’ Note: you can send it to Santa, grandma, TeeTee Stephanie or whoever it is you can pawn it off on. Totally up to you and can be different every time.”

Kristina says that simply acknowledging the child’s desire usually satisfies them. “Like you’re listening to them and getting excited with them,” she explained. “I’m not promising Emmie all of these toys, nor does she get them all. It’s just hope and joy. It’s the modern-day version of circling all the toys in the JC Penney catalog. We never thought we’d get it all, but it’s fun to dream and feel like your parents are looking.” 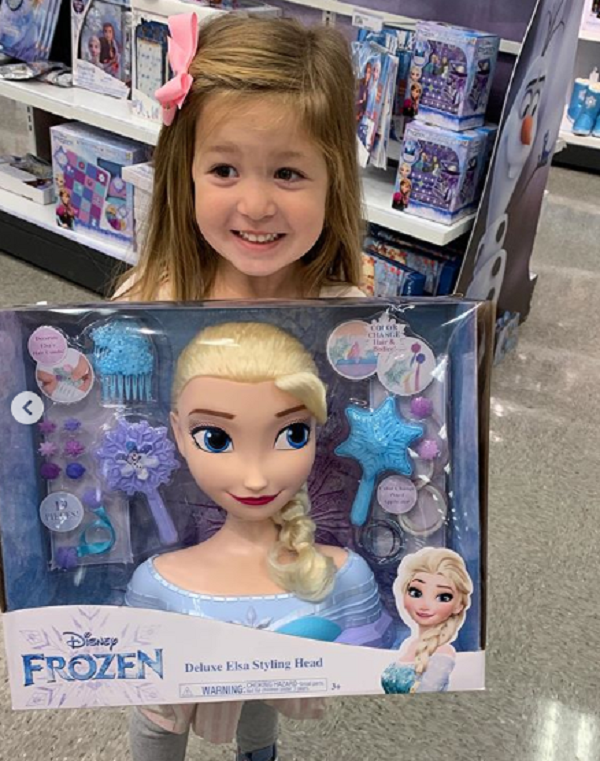 Kristina says that her trick works like magic. After Emmie sees the picture of herself with the toy stored safely in mom’s phone, she puts the toy down and walks away. “No tears. No tantrums (by either of us). And she forgets about all of them within minutes.”

She’s been using this trick for years now and just thought to share it with her friends (and lots of strangers) online. We’re so glad she did! While some people have criticized her for not “just saying no,” Kristina believes that if her hack helps prevent some in-store meltdowns it’s worth hearing from the naysayers.

“I’m not trying to be a parenting guru, I’m by no means the perfect parent,” she said. “I’m just another mom, running all the Christmas errands, trying to make shopping a little easier and a little more fun. I’m just trying to do my best and raise decent humans.” 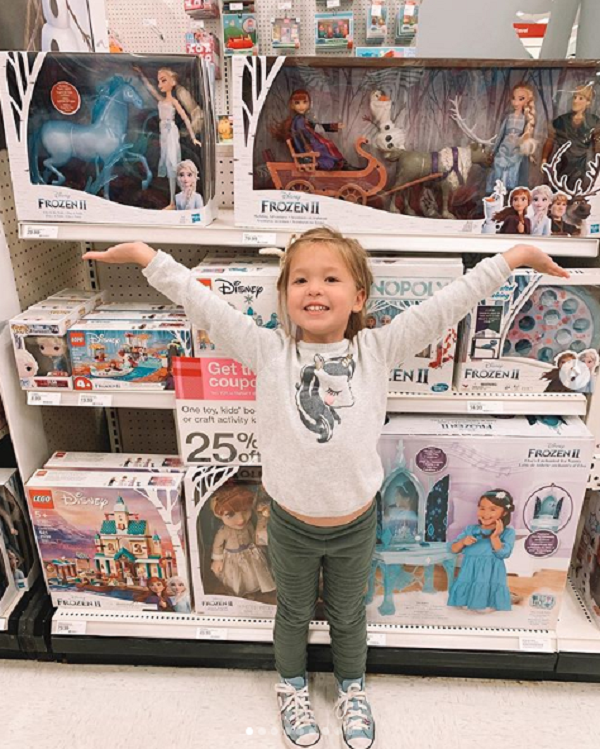 This idea is so simple and modern, we can’t believe we didn’t think of it. At the very least you wind up with a camera roll full of your kids looking cute while out shopping with their parents, which is a great memory to preserve. We’re grateful that Kristina decided to share her idea with the world.

What’s your best tip to avoid holiday meltdowns? Share this story and start the discussion with your friends.