The stigma surrounding mental health issues makes it difficult for people to talk about them, which often increases feelings of loneliness and hopelessness.

To overcome these barriers, we need to learn to ask for help. That’s why Hayden Hurst, the Atlanta Falcons’ tight end, is sharing his powerful story of how depression and anxiety nearly ended his life. 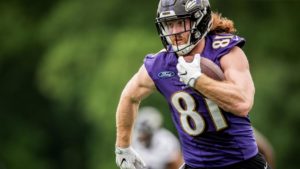 Before transitioning to the NFL, Hurst was the Pittsburgh Pirates’ pick in the 17th round of the 2012 MLB Draft. He only played two seasons because he began suffering from the “yips,” performance anxiety that causes involuntary wrist spasms. Hurst could barely throw pitches anymore and felt like a failure.

“Guys didn’t necessarily want to be around me,” the 26-year-old told ESPN. “I heard everything like, ‘That stuff’s contagious. I don’t want to be around this kid.’ So I was just embarrassed, and it really affected me off the field.” 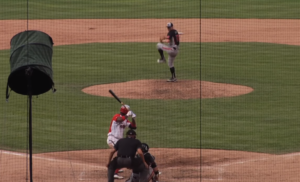 As time passed, Hurst fell deeper into depression, even after he left baseball to play college football in South Carolina.

At that point, he was binge drinking and using cocaine along with other drugs. Then, in January 2016, he attempted suicide.

“My uncle committed suicide when I was younger, and then my cousin as well. I understand that state of mind that you’re in. You want the hurting to go away.” Hurst said. “I got lucky for some reason and was given a second chance at this thing. And now, I haven’t looked back.” 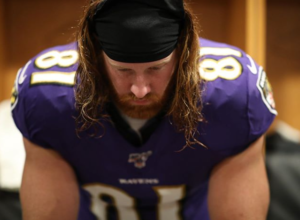 Following this pivotal moment, Hurst gave therapy another try — and will always be glad he did.

He began meeting with Dr. Timothy Malone, a psychiatrist and the University of South Carolina’s director of athletics mental health.

A month later, Hurst was finding positive ways to cope with his anxiety and depression, including journaling. With the support of his parents, Jerry and Cathy, and his sister Kylie, he only improved from there! 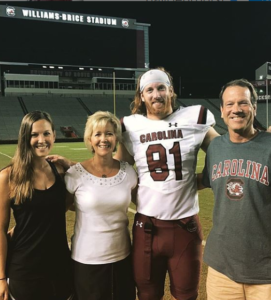 In 2018, the athlete teamed up with his mom to create the Hayden Hurst Family Foundation. Their mission is to raise awareness and break the stigma of mental health by funding health services and programs for teens. Hurst also travels to schools around the U.S., where he shares his story and encourages everyone to speak up about their own struggles.

After speaking at South Hagerstown High School in Maryland in May 2019, Hurst met a student in tears. The boy thanked him for telling his story, but it wasn’t until the boy’s mom approached Hurst later that he realized what an impact his words made. She told him her son had tried to take his life after losing his father.

“She said, ‘Your story really hit home with him,'” Hurst added. “I always say that to all the kids: ‘Hey, if I just affect one of you today, that’s my goal.'” 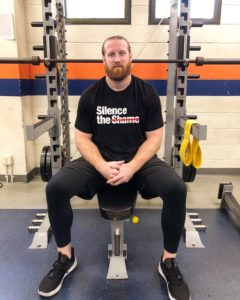 What a fantastic role model — and a strong survivor! We’re so happy Hurst decided to open his heart to the countless people who are struggling around him. We need more leaders like him!

Hear more about Hurst’s journey in the video below, and share this story to spread awareness. If you or someone you know is struggling, call the National Suicide Prevention Lifeline at 1-800-273-8255. You are not alone!

When life gets stressful, maintaining a regular exercise regime is more important than ever. Sheriff's deputy Kristi Bridgman of Seattle, Washington, has been volunteering with the Special Olympics for many...

Millions of children have lost their regular school routines as a result of the COVID-19 outbreak. But not being able to attend physical education classes right now doesn't mean they...

73-Yr-Old Teams Up With Daughter To Lose Weight And Has Incredible Transformation.

It's never too late to change your life. Don't believe us? Just ask Joan MacDonald of Ontario, Canada. The 73-year-old weighed just under 200 pounds when a doctor told her...