As farmer Miles Pfaff said, “Farmers don’t quit. They don’t retire. They’re tough. Even when told they are quite sick, they still lace up their boots, throw on that ball cap, and go out and farm as long as their bodies will allow. Day in and day out. They know no different. It’s their land, their livelihood, it’s what they care for, and it’s everything to them.”

Larry Yockey had spent the entire year growing and maintaining his family’s wheat farm – despite battling stage 4 melanoma. Ultimately, his illness caught up to him, leaving him unable to harvest 1,200 acres worth of crop. Upon hearing the unfortunate news, his fellow farmers stepped in. 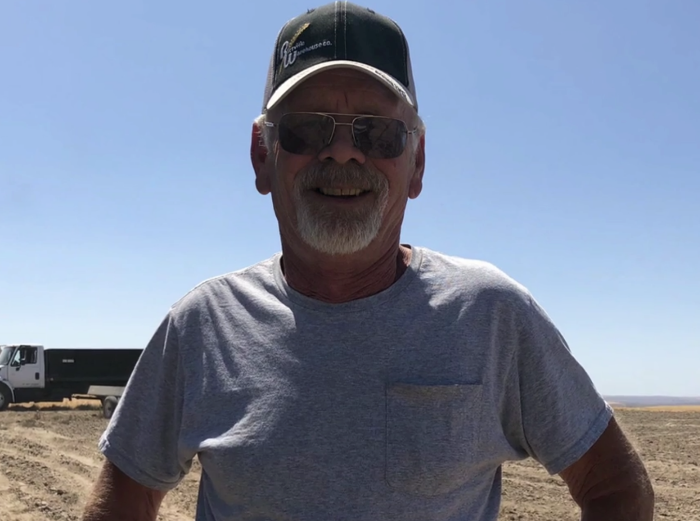 People in his community know and love Larry and his family. So, when word got out that he couldn’t harvest his crop, local farmers and volunteers quickly got together to organize what they call a “Harvest Bee” to finish the work for their friend. 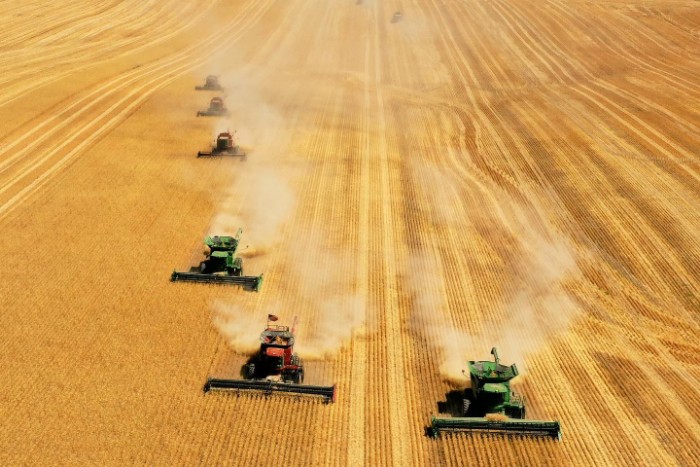 There comes a time when farmers do quit. They quit what they’re doing, put aside their own obligations, their weekends, when one of their own needs help. They donate their time, their diesel, and their equipment. They do whatever it takes to ensure a fellow farmer can finish his harvest and get the crops in. The crops he’s worked all year, tirelessly for.

And when this happens we call it a Harvest Bee. And it’s not just the farmers, it’s the local volunteer firemen with their fire trucks, the chemical company with their dust defeating water trucks, and their mechanics with their service rigs. It’s a rare sight. A tangible, palpable feeling and environment. And it’s living, breathing proof that community, compassion, and goodwill still exist. 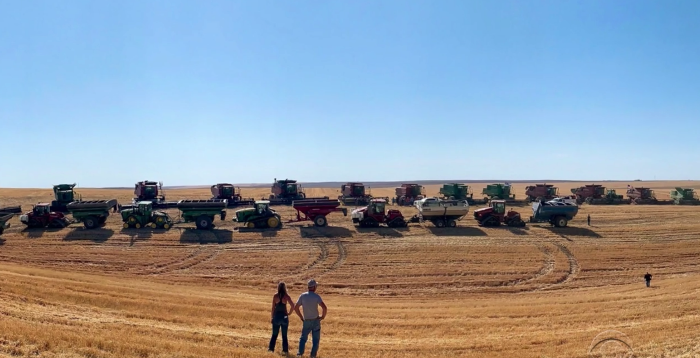 Nearly 60 neighbors showed up to Larry’s “Harvest Bee” to ensure he would be able to reap the benefits of a year’s worth of work. With the sheer volume of people, they were able to complete the harvest in only six hours, a task that would have taken Larry three weeks to finish. 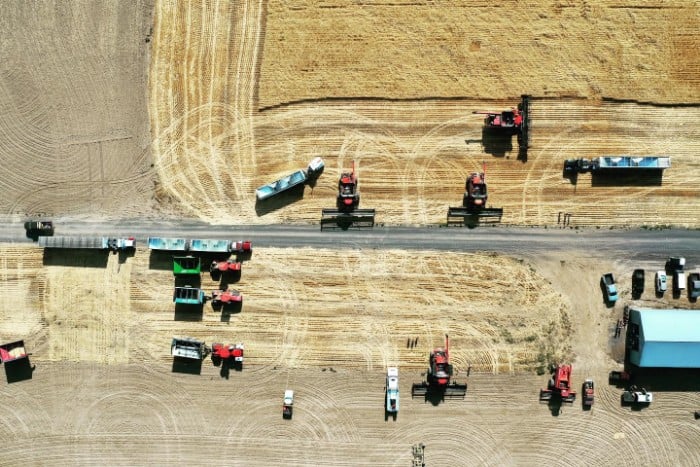 Larry told a local news station that his gratitude is “indescribable”. He and his family were overwhelmed with emotion as they watched the “Harvest Bee” unfold and witnessed first hand what the power of community and generosity can accomplish.

Feeling the love? Spread it by sharing this amazing story with your friends!