There are few comforts for parents like James and Charlotte Shaw of Surrey, United Kingdom, as they say goodbye to their little boy, but thanks to the efforts of a kind race car driver their son experienced one more day of bliss.

In August 2018, James and Charlotte’s son Harry was just 4 years old when they discovered he has Ewing’s Sarcoma, a rare form of bone cancer. The family’s lives quickly became dominated by chemotherapy and other treatments. After nine months of intensive treatments, Harry’s doctors explained that they were running out of options. 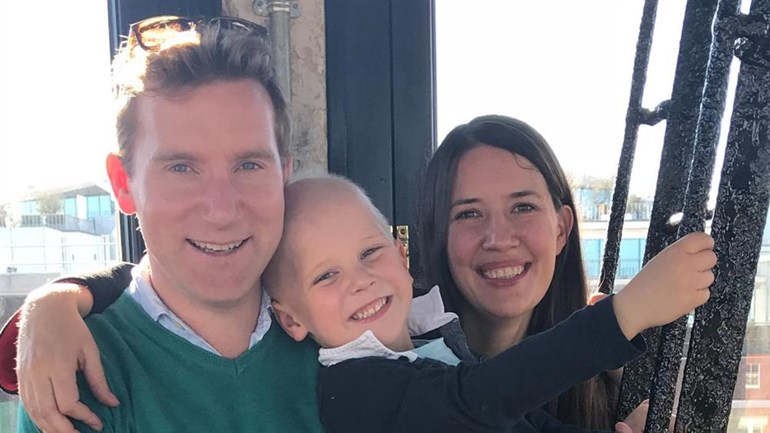 Harry’s cancer had progressed too far and was no longer responding to treatment. The Shaws were forced to come to the heartbreaking realization that their little boy was dying. 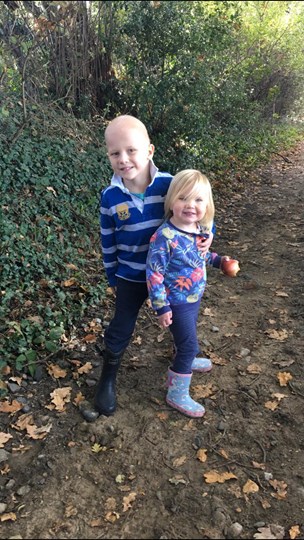 Harry’s parents are doing everything they can to keep him comfortable and happy at the end of his short life. Even though he’s in a lot of pain and has been unable to leave his home for months, he remains a devoted fan of his favorite sport, car racing. His favorite driver is Lewis Hamilton, a British race car driver who races in Formula One for Mercedes-AMG Petronas Motorsport. 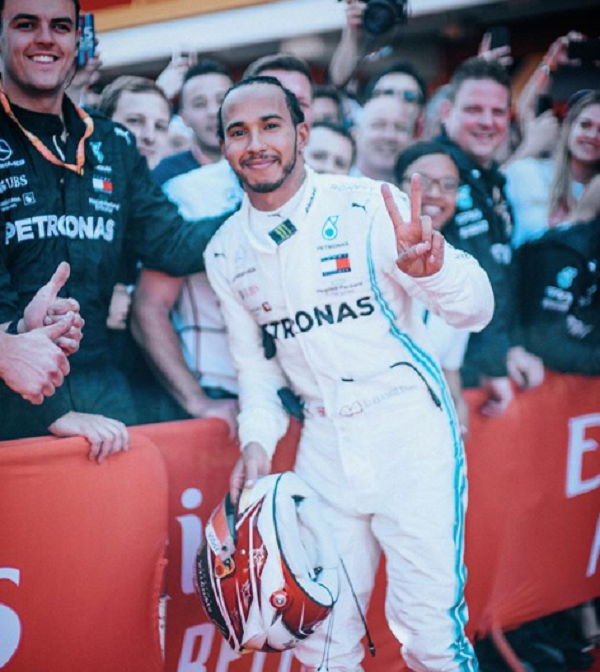 Lewis is a five-time Formula One World Champion who many consider to be the best driver in the history of the sport. As he prepared to race in the Spanish Grand Prix in Barcelona, Spain, Harry recorded a sweet message for his idol that caught Lewis’s attention. The driver shared Harry’s video on Instagram along with an incredibly moving message for his young fan:

“Harry, you don’t know how much this message means to me buddy. Thank you so much, you are my inspiration today Harry. I will try to make you proud. You are such a strong boy, I wish I was as strong as you, I wanted the world to see how strong you are and ask everyone to send their best wishes and prayers to you during this hard time. Sending you love Harry. God bless you. Your friend, Lewis.” 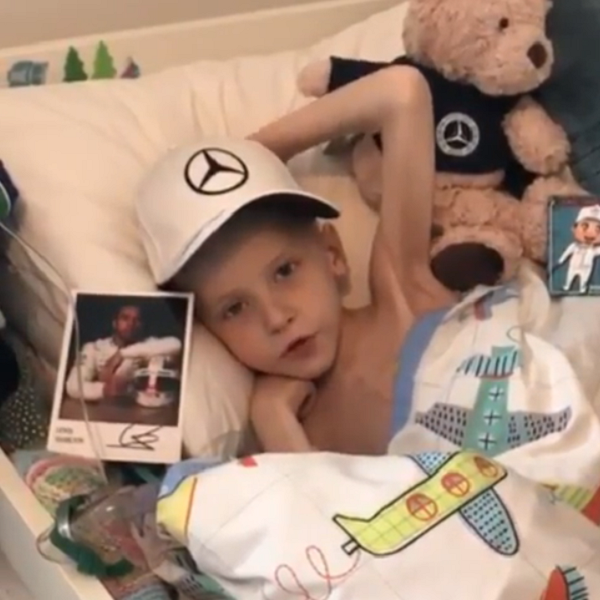 True to his word, Lewis used Harry as his inspiration and went on to take the lead in the race, eventually clinching his third Spanish Grand Prix win in a row. Meanwhile, Harry cheered his hero on from his hospital bed at home.

The story could have ended right there, but Lewis and Mercedes’s staff weren’t quite done paying tribute to their tiny fan just yet. Lewis dedicated his victory to Harry and then arranged to have a Formula One race car sent to the boy’s driveway as a surprise. 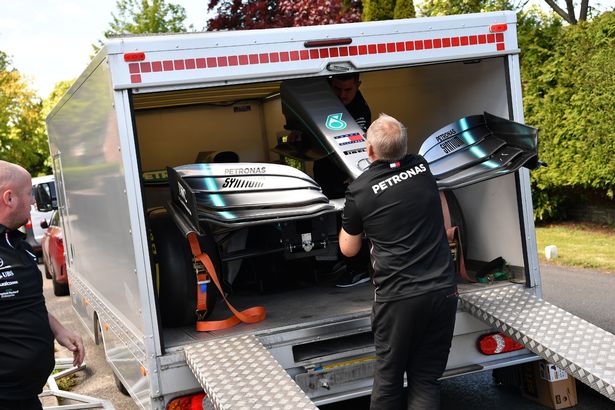 When Harry looked out his window the day after the race he was shocked to see a team of Mercedes employees unloading the race car. This is one of the cars Lewis used to drive himself, so Harry was ecstatic to be able to put his hands on it and sit in the driver’s seat. The team also brought along Lewis’s trophy from the Spain victory and Lewis’s steering wheel from the winning car.

“I cannot describe how much it means to us all that Lewis won the race for Harry, and then dedicated it to [him], too,” James stated. “At a tremendously difficult time in our lives, this has provided us with a big boost, and a big smile.” 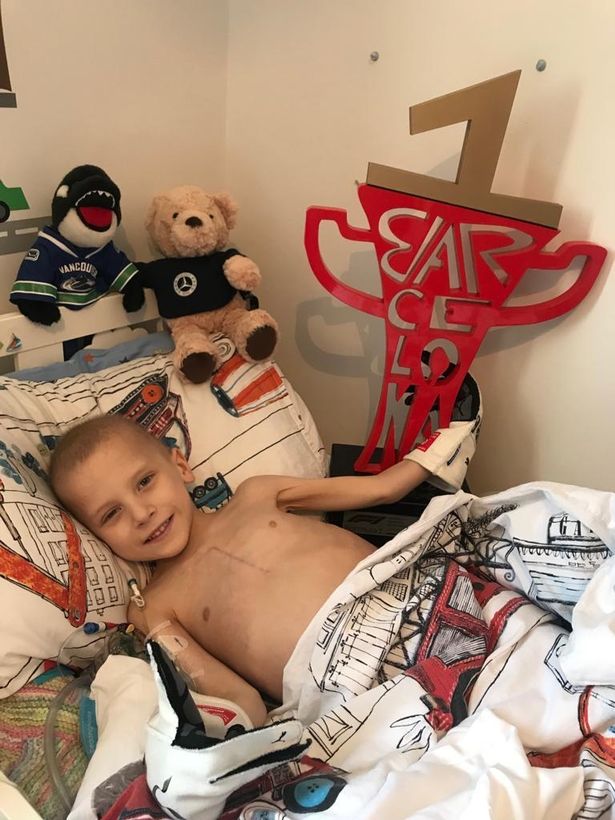 “Harry couldn’t believe that Lewis Hamilton was talking about him, and had dedicated the race to him. He now thinks that Lewis is his absolute best friend, which, for a five-year-old boy, is amazing. He is very inquisitive, so that is typical of Harry, asking questions and getting involved. Mercedes have taken us to a much-better place in a dark time.” 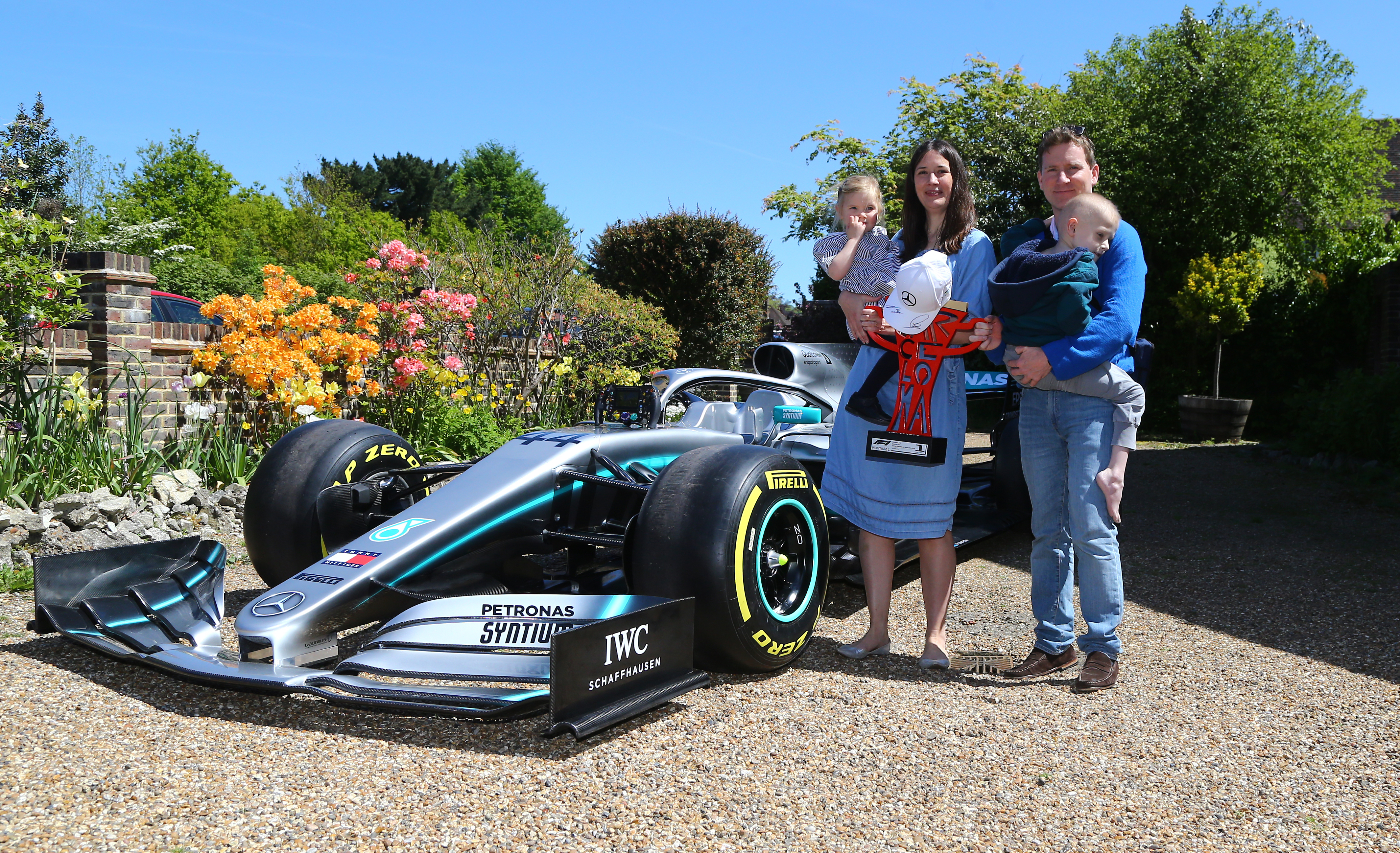 Thank you to Lewis and the Mercedes team for bringing a small amount of joy into this little boy’s life. He has fought so hard, but he and his family will always have these photographs and memories of one of their happiest moments.

Please share this story to send your best wishes to Harry and his family.