Many little girls dream of that first wedding day dance with their father.

Texas sisters Kaylee and Ashlee Halbert are only 16 and 18 respectively, but they’re both self-proclaimed “daddy’s girls.” Their mother Nicole says that her husband Jason has always been a loving and nurturing presence in her girls’ life. When they learned that Jason has a rare form of brain cancer, her first thought was how she would tell her daughters. 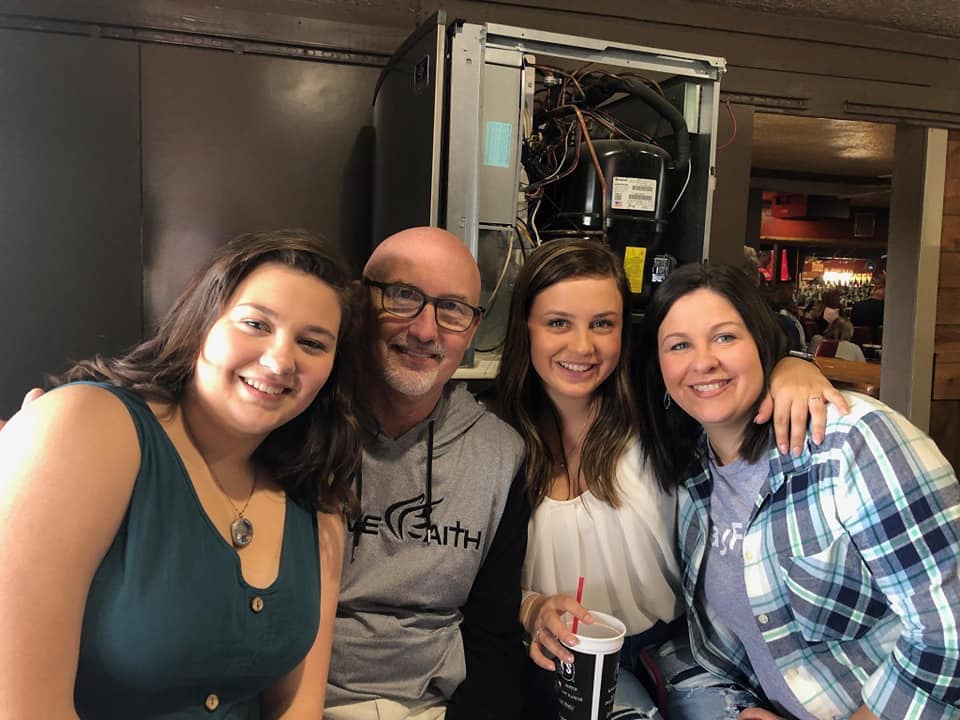 Jason was diagnosed with grade IV glioblastoma in April. His initial prognosis was 11-15 months, but he soon developed complications that reduced his life expectancy to just two to three months. Devastated, his family began to plan how they’d make the most of the time they have left together.

“Jason has always been the most attentive father. He’s never missed any of their events. We have raised two daddy’s girls and I was about to break their hearts. Their future suddenly looked very different. The dreams they had of their daddy walking them down the aisle had come to a screeching halt. The certain songs they’ve played hundreds of times while imagining themselves swirling around a dance floor, in the perfect dress, in the arms of the first man they ever loved, suddenly took on new meaning.” 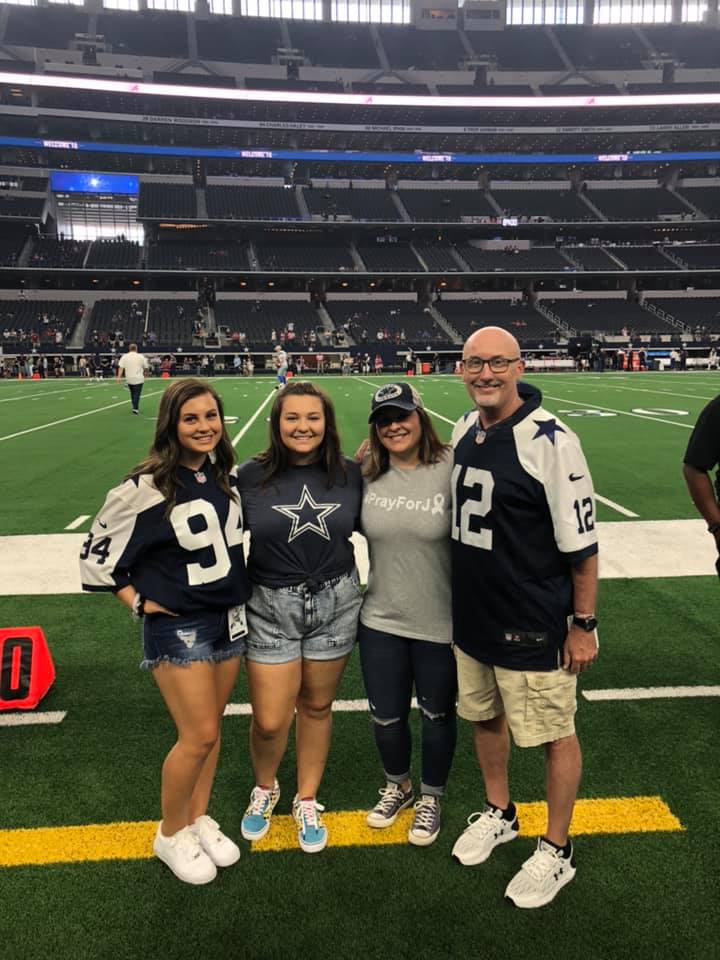 After telling Ashlee and Kaylee the terrible news, they tearfully asked if they could possibly have “their” dance with their dad before he left them. Nicole didn’t hesitate to say yes. “We create memories, we recreate them, why not PRE-create a moment?” she wondered.

Nicole’s friends, family, and community immediately got behind the idea. Her friend Shalonda Chaddock, a professional photographer with Chubby Cheek Photography, rearranged her schedule so that she could document the “non-wedding.” Friends brought their wedding dresses over for the girls to choose from, and they both found the perfect dress. Others stepped in to donate their time, money, and services to “pre-create” the perfect father-daughter dances for Jason and his girls. 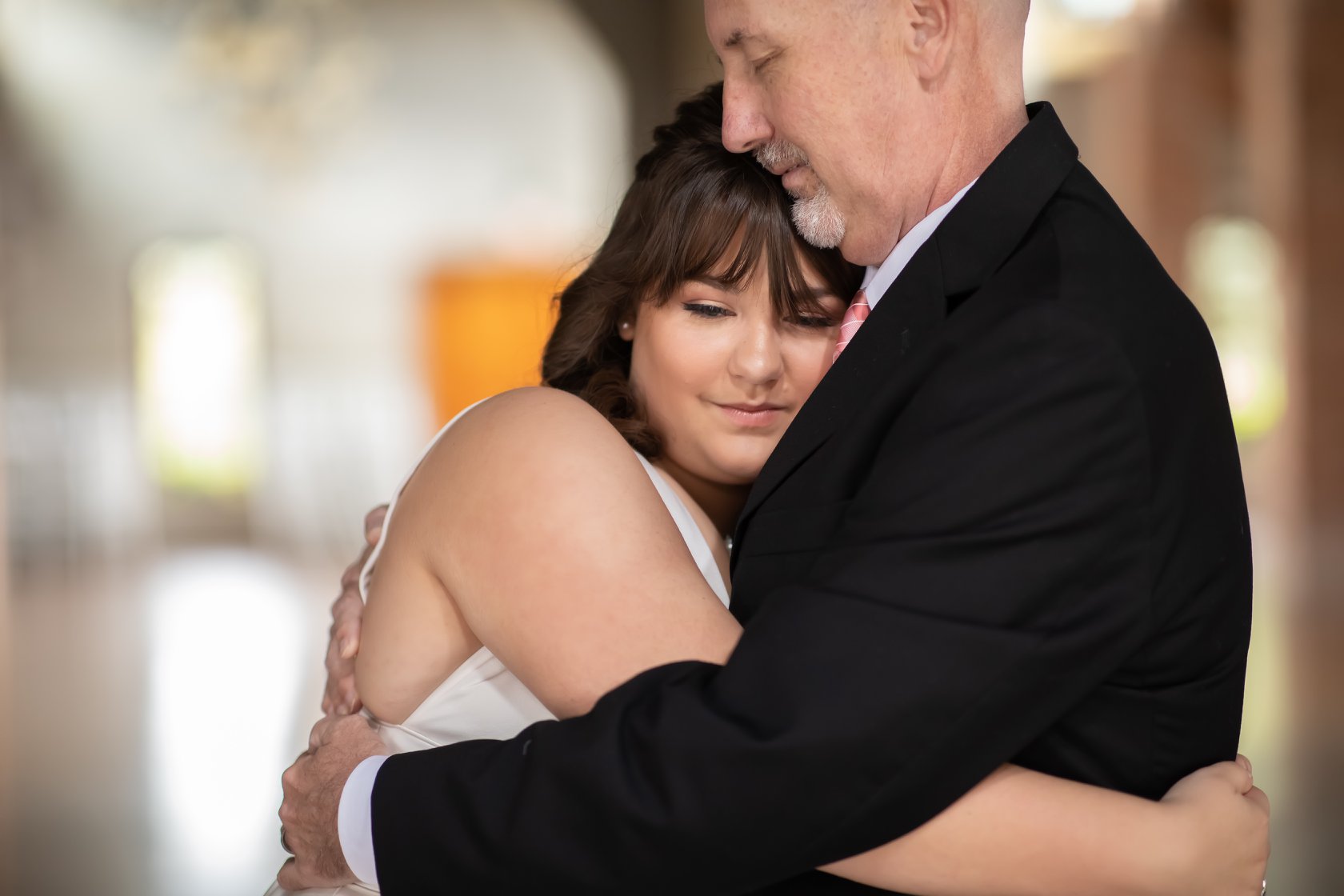 On October 14, everyone assembled to put their plans into action. As Shalonda’s camera clicked Jason took time with both of his daughters, twirling them on the dance floor and holding them tightly as their tears fell. He even walked both of them down the aisle, years before either has even met their future husband. 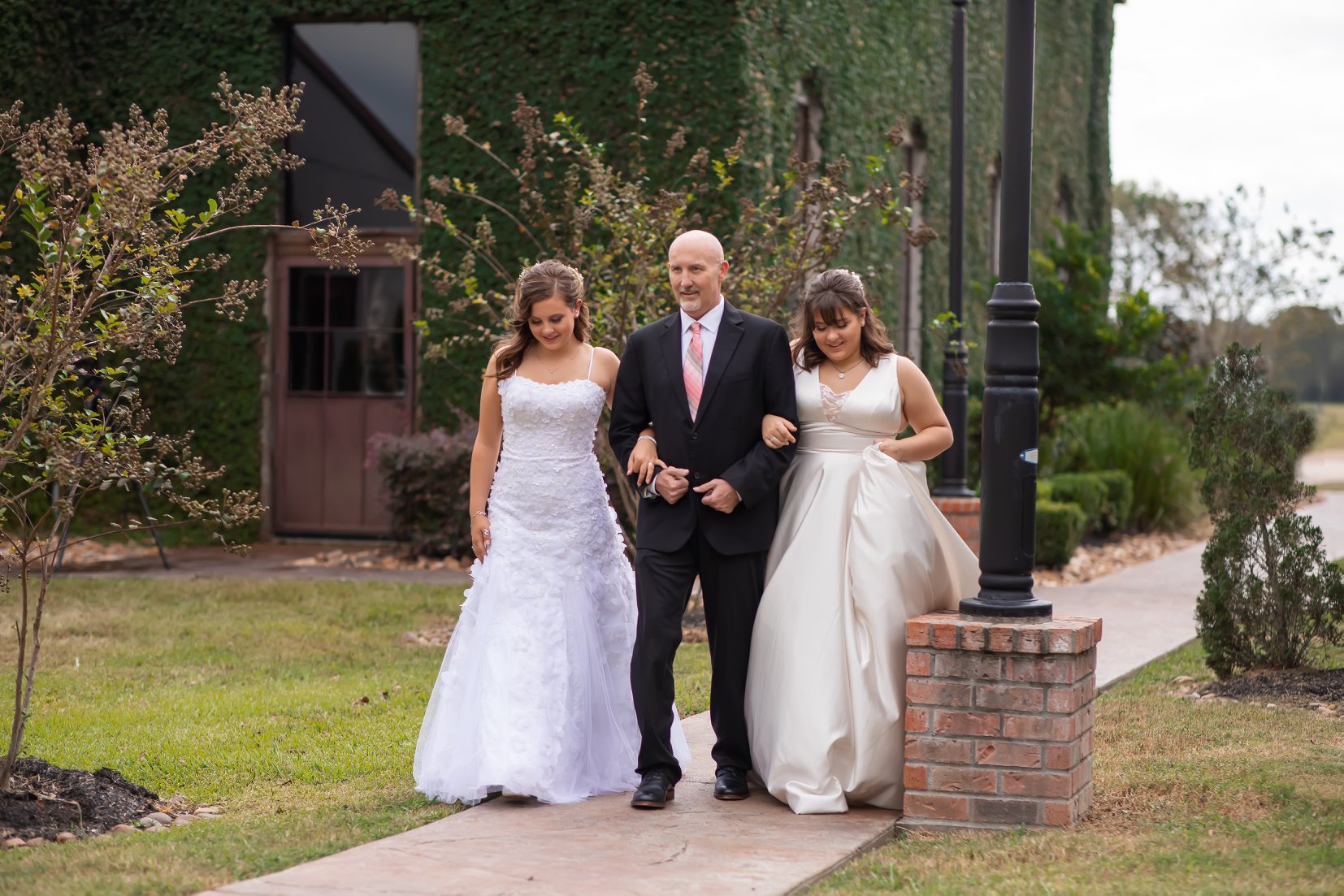 “The day of the dance, the sun was shining through gray rain clouds, sunlight mixing with rain showers. I realized, afterward, how appropriate the weather was for this day,” Nicole wrote of the moment on Facebook. “That is what we’ve been doing through this whole journey, trying to find the light among the darkness, the sunshine in the rain.” 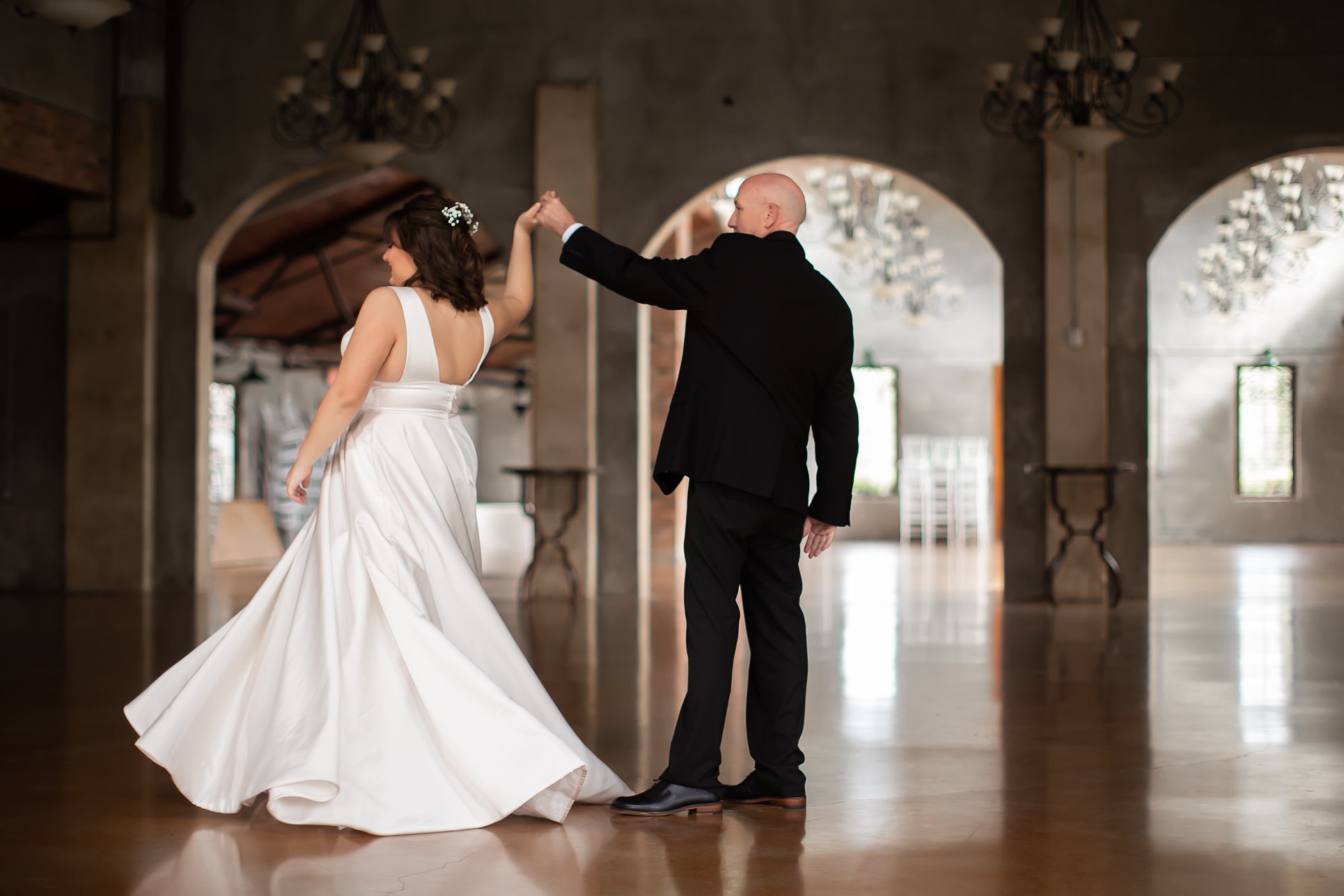 “I have photographed a lot of difficult shoots … but this one was by far the most difficult to photograph because I know this family personally and I have watched these girls grow up,” said Shalonda. “Having two young daughters myself, I wanted so badly to capture the perfect images for them. But, as the tears fell, I realized that these [photos] didn’t have to be perfect, they just needed them.” 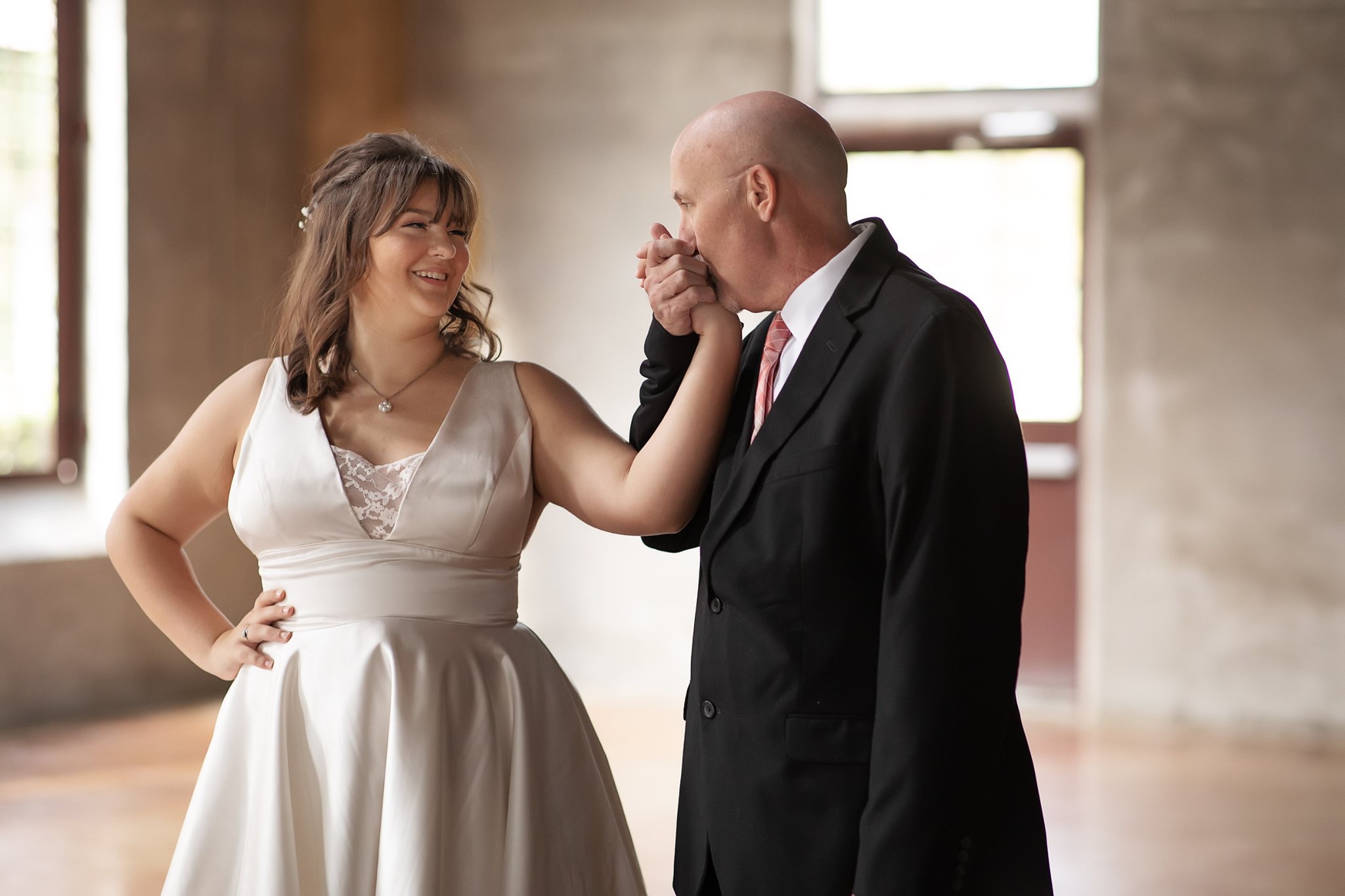 Nicole decided to share a few of the photographs on Facebook to remind others to enjoy the time they have with their family now. Both she and Shalonda urge people to take family pictures often because we don’t know what the future holds. Nicole also hopes to raise awareness for her husband’s cancer in hopes of someday finding a cure. 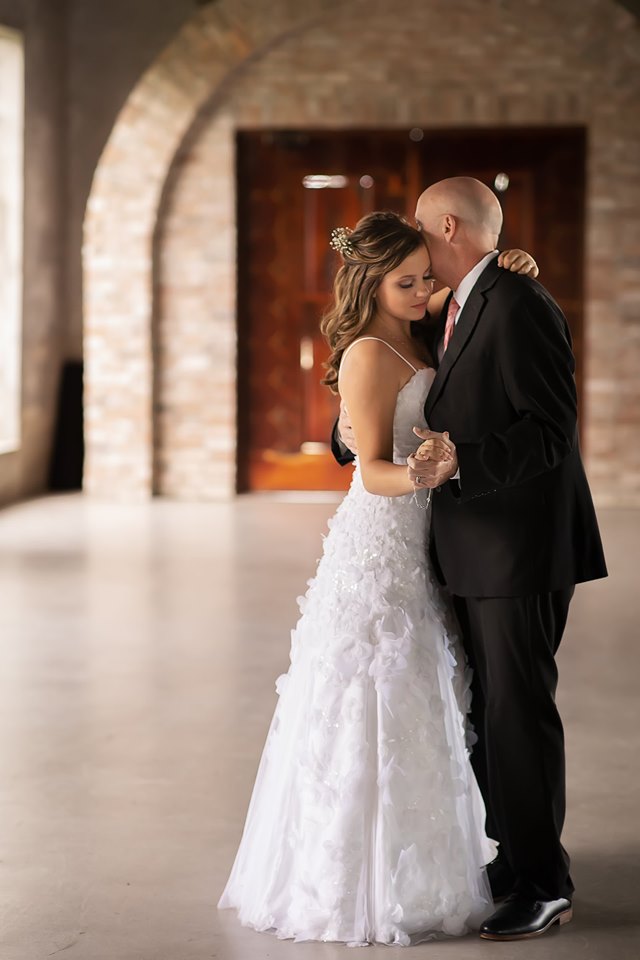 “When our girls look back at this chapter, I want them to remember not a journey of death, but a journey of life. Take the trip, snap the pictures, eat dessert first, go see your friends, play games with your kids, make your days matter! When you live your life surrounded by kindness and love, you have lived your life well,” she wrote. 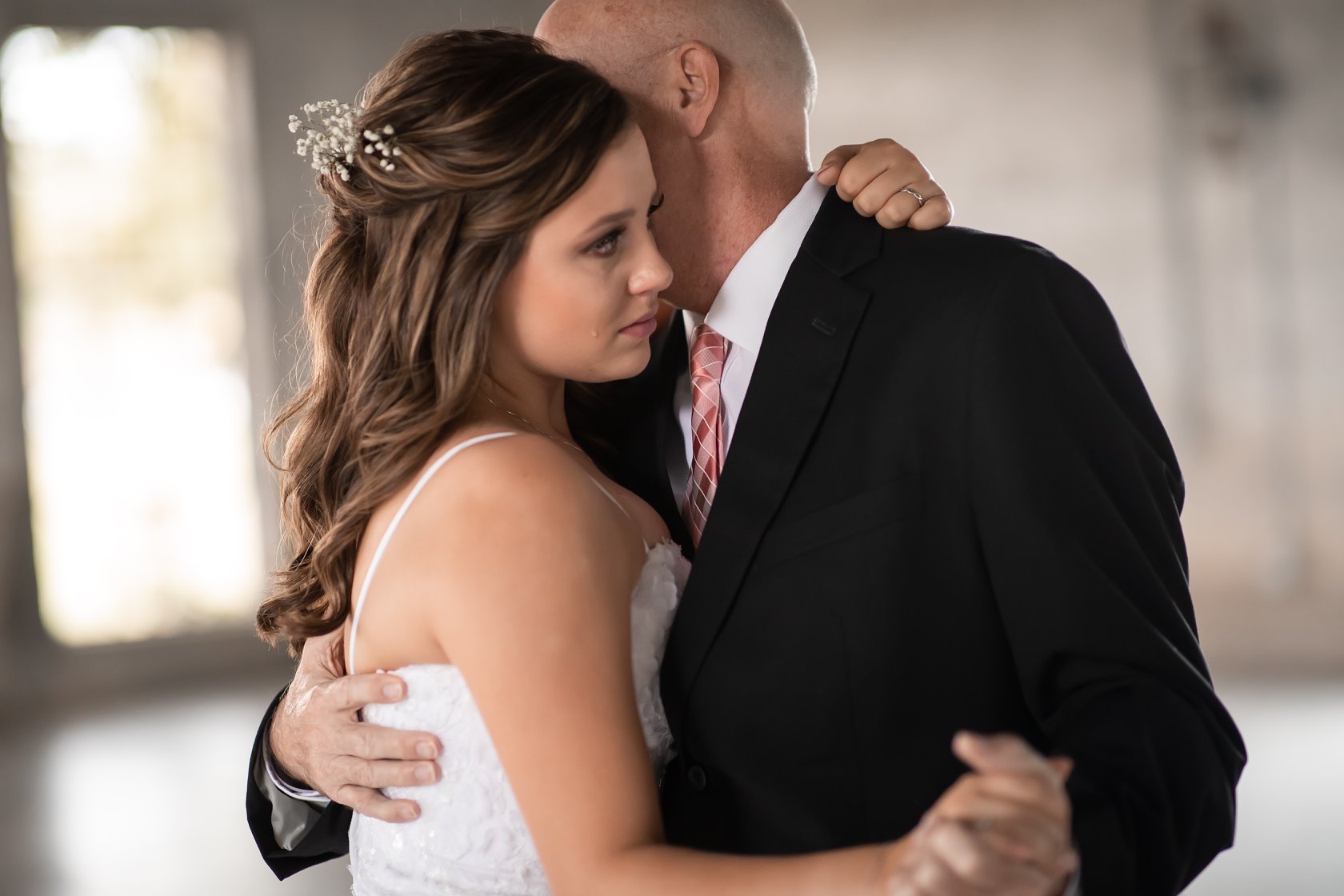 These photos are absolutely stunning and will be cherished forever. The family also made a video of Jason dancing with each daughter, but they’re keeping it private for the girls’ future wedding days. This is a wonderful idea for all families, not just those for whom the end is near. It’s a reminder to always cherish the little memories that make up a lifetime; to celebrate both the life and the person who lived it.

Share this story to send best wishes to Jason and his family.