No matter how successful Hakki Akdeniz becomes, he’ll never forget the people who helped him when he had nothing.

When he came to the U.S. from Turkey in 2001, he had only $240 to his name. Though he searched, he couldn’t find a job before his money ran out, leaving him poverty-stricken and homeless. 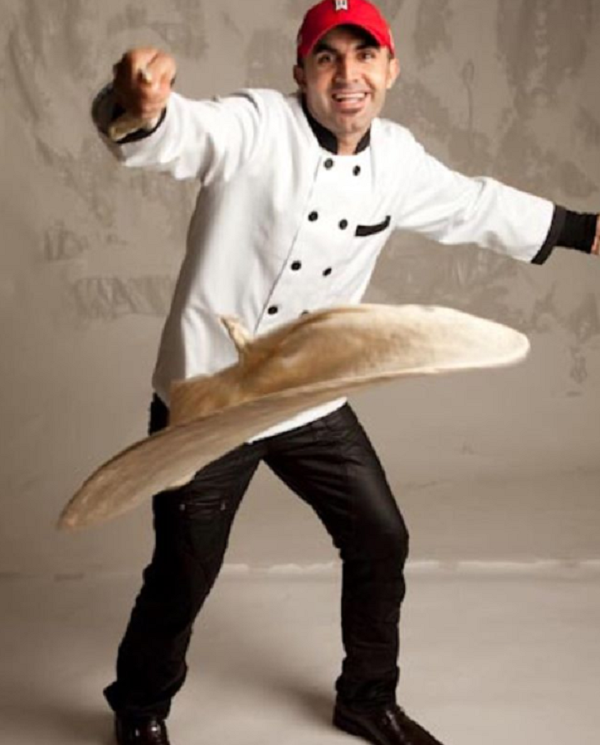 Thankfully, he found a homeless shelter in New York City that enabled him to get back on his feet. He secured a job as a dishwasher and saved for years until he had enough money to open his own pizza joint in lower Manhattan.

Champion Pizza didn’t initially have many customers, so Hakki slept by the oven to save on rent. But it wasn’t long before a special talent of his put him on the map.

He entered a 2010 New York pizza competition where he won praise and prizes with his incredible “flaming dough of death” trick. The thrilling spectacle involves lighting flattened pizza dough on fire and twirling it above his head. After a favorable magazine write-up, Champion Pizza suddenly had a line of hungry customers going out the door! 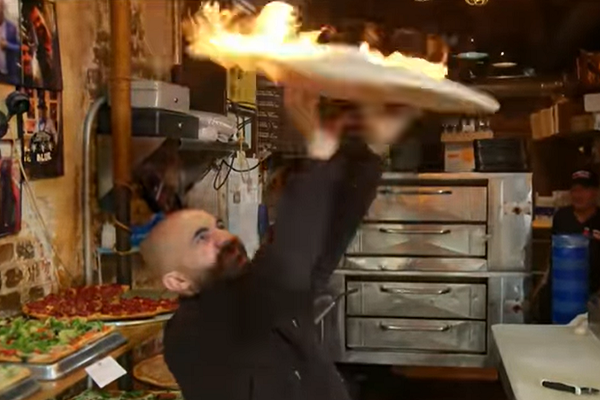 Today, Hakki has found more success than he ever dreamed was possible! He owns eight Champion Pizzas throughout New York City and has a popular Instagram page where he posts updates and pictures with celebrities he meets.

Despite his newfound fame, Hakki remains humble, always asking himself, “What did we do for others?” That’s why he takes to the streets of Manhattan once a week to give away hundreds of meals to the people who need them most — people who are just like he was several years ago. 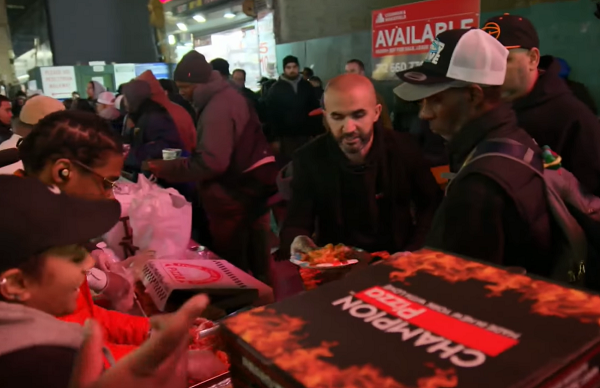 “At one point I didn’t have a dollar to get once slice,” he said. “Today I’m donating a thousand slices.”

Regardless of how bad the weather is, Hakki shows up to hand pie after pie to his grateful neighbors because he understands what it’s like to have nothing. He hopes his generosity will inspire others to give back and dreams of opening a homeless shelter of his own in honor of the one that turned his life around. 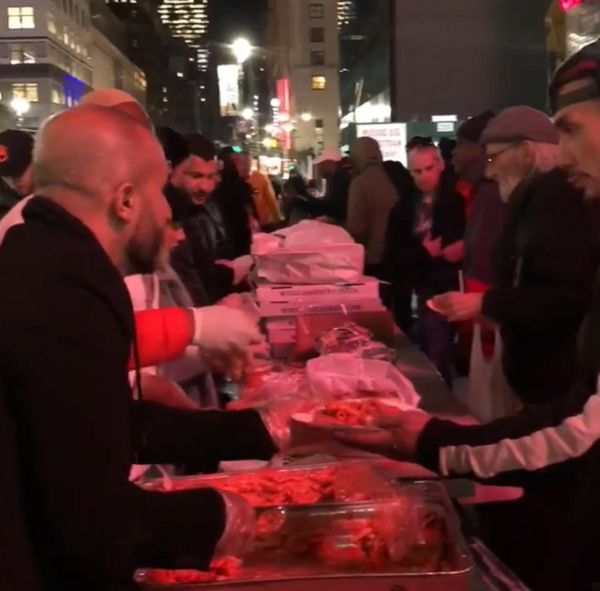 Fame and fortune will clearly never take away Hakki’s humility and compassion, and we would all benefit from being more like him. The first step is asking ourselves one simple question: “What do I do to help others?”