We all know the searing emotional pain that comes with accidentally turning on the selfie camera and getting an up-close and personal look at the extra chins you didn’t know you had.

Do we always look like this? Is this accidental glance indicative of how everyone else sees us all the time? Are we fooling ourselves with those perfectly shot Instagram selfies? The sad but true answer is, well, maybe.

This little reality check happens to the best of us, and it’s usually at the worst times, like when your face is covered in zit cream, you have a two-second window to capture an Independence Day firework, or if you’re this adorable grandpa, when you’re supposed to be filming one of the biggest moments of someone else’s life. 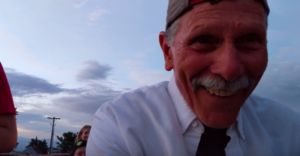 John Hart, the grandfather in question, was on his way up to the Sandia Peak Tramway in Albuquerque, New Mexico, recently to take in all the stunning scenery with his grandson and the grandson’s girlfriend. Their destination was a beautiful peak with an awesome view.

Naturally, he joked to his grandson about how nice this spot would be for a proposal! 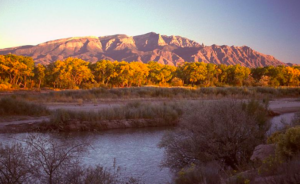 Little did he know, however, that this was actually the plan! His grandson really was about to propose. He handed his phone to John to record a video of the sweet moment. Being a former Navy photographer, John was confident that he’d be able to capture the memory!

Sadly, however, that dang selfie camera struck again. John didn’t know that he was actually recording himself the entire time until the proposal was through. (In our opinion, his coy looks and excited commentary make it worth missing the actual moment.)

The good news? She said yes! The bad news? They’d all have to be content with the memory in their mind’s eye since the video was kind of a bust.

The precious video captured a proud grandfather’s reaction to a massive milestone. Watch the whole thing down below, and don’t forget to share John’s video with the people you love.