Dogs have a special way of capturing people’s hearts — even when said people don’t want them to.

Aleecia Dahl’s grandpa certainly never thought he’d call himself a dog dad. He wasn’t interested in having a four-legged roommate, let alone caring for one. But all that changed the day he locked eyes with an adorable pooch named Coco. 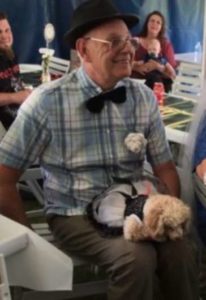 “Coco is the dog Grandpa never wanted but cannot live without,” Aleecia told The Dodo. “They are the best of friends that he never knew he needed.”

Now the sweet duo are rarely seen apart. They do practically everything together, including their favorite pastime — relaxing in Grandpa’s old, worn chair. So, when the time came to replace the lounger, it only made sense to include the little dog. He and his wife had recently moved and decide to upgrade their furniture. And he needed Coco’s opinion.

“It was Grandpa’s requirement that the footrest on his lounge chair was wide enough for him and Coco to sit side by side,” Aleecia said.”He brought Coco into several stores to try out chairs until he found the perfect one. Coco was always greeted with a smile, as I am sure it’s not every day a man and his dog go furniture shopping!” 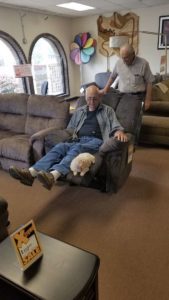 Eventually, Grandpa and Coco found a winner. The recliner was very cozy. But, more importantly, it had plenty of room for both of them. Could these two be any cuter? 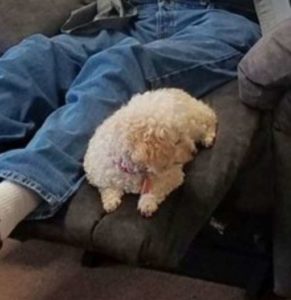 It’s safe to say Aleecia’s grandpa would do anything for his beloved Coco. And to think he probably used to laugh at the thought of owning a dog. It just goes to show that the pure love of an animal can change our hearts forever.

Be sure to share this story with other pet parents who can relate.