Natural disasters don’t discriminate. Nobody is safe from the devastation such destructive forces leave in their wake — not even a helpless baby.

Recently, torrential rain hit the Indian state of Gujarat hard after a period of scorching heat. Unfortunately, the resulting floods did not provide relief — just chaos. Not only were some areas dealing with water that reached six-feet deep, but crocodiles from the Vishwamitra River began invading the city of Vadodara. 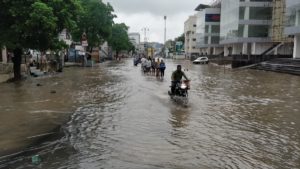 But disastrous events have a way of bringing out the best in people, especially when innocent lives are in danger. Such was the case of police officer Govind Chavda, who braved the floodwaters to save an infant. 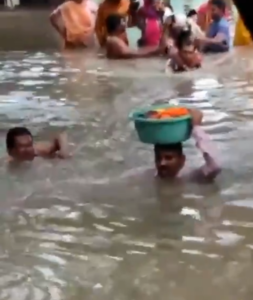 IPS Officer Shamsher Singh uploaded a video of Chavda in the water, carrying a 45-day-old baby in a tub over his head.  “Proud of the humanitarian work of this cop in Vadodara,” Singh wrote. “Great courage & dedication. Rescued the baby & family.” 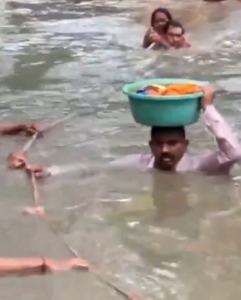 The water was at least four feet deep. Still, neither that nor the threat of crocodiles stopped him from crossing over and getting the baby into good hands. As you can imagine, Singh’s video of the rescue went viral, with many hailing Chavda a hero. 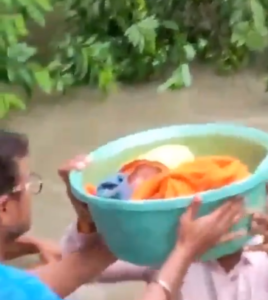 Many asked for him to receive money as a reward, though we’re sure to Chavda, ensuring the baby’s safety was reward enough. Still, they were insistent.

“Apart from monetary reward, he should be given well deserved recognition through medal to boost his morale and others to follow the same,” one person suggested.

Another added, “Many of us are not brave enough to do this, the least we can do is to appreciate and reward him and encourage ppl to help others.” 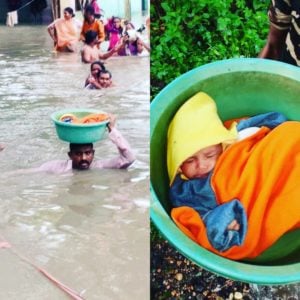 We couldn’t agree more with that last statement. Thank you so much, Chavda, for your courage. We’re sure the family will be forever grateful for his actions in protecting their child. While we won’t encourage you to dive into floodwaters, we will suggest to always look for ways to help others, even if it’s just a small favor.

Watch as the brave officer risks the floods to rescue a baby in the clip below, and share so the world knows of his heroism.