They say that comedy is tragedy plus time. When Oliver Graves hit the “America’s Got Talent” stage, it immediately appeared he had the “tragedy” part down. With black lipstick, pale skin, torn clothes, and a black wig, he seemed like a mall goth trope at first, which certainly made everyone take notice.

But it was his surprisingly hilarious performance— and his reaction to the standing ovation it earned— that audiences will most remember. 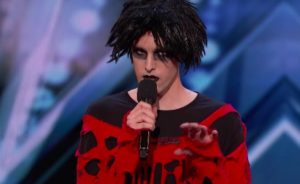 The routine itself had everyone roaring! His jokes were rooted in a self-awareness that not everyone can muster, and his frank, honest takes on situations like online dating and identity theft were self-deprecating but also totally relatable. We’ve all felt like uninteresting messes at times. 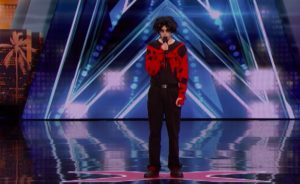 “I’m looking for the woman of my dreams,” he says before a pause, “but it’s a struggle because I’m an insomniac.” His jokes loosened up the room and the whole crowd was laughing in no time. 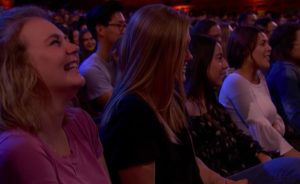 Even with his unique appearance, he was so relatable. By the time he finished the set, you could just tell that no one wanted it to be over. When he thanked the crowd, every single person got on their feet and gave him a reaction he was not expecting in any way. Immediately, his eyes reddened and welled with tears, moving the judges. 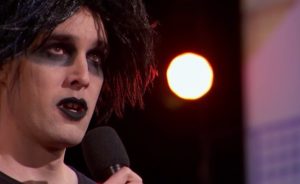 “Oliver,” judge Mel B began, “you’re so different. You’re humble and real and dark. It’s everything that I absolutely love.” Howie Mandel also couldn’t hold back a barrage of compliments for the comic. 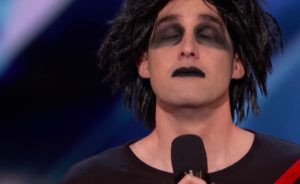 And then Simon Cowell nailed it. “I think you didn’t get the reaction you expected, so you’re not used to this, are you?” Oliver immediately shook his head no. “I don’t get booked in a lot of shows,” the stunned performer responded through tears.

“You know, enjoy your free time right now,” Mandel continued, “because you are gonna be a busy man.” 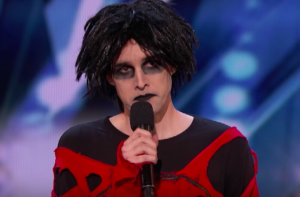 Watch Oliver’s entire performance down below and stay tuned for his heartwarming response to the applause.

Share if Oliver’s talent caught you by surprise, too!