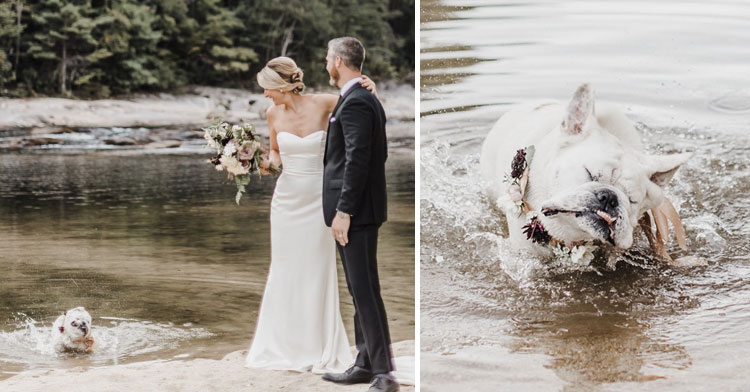 We carefully arrange picture-perfect scenes to document the most important events of our lives. But the thing about life is it’s messy. And sometimes, capturing the chaos is a lot more fun.

Rebecca Simpson and Charlie Hart didn’t exactly plan the shenanigans that took place following their wedding ceremony. But they don’t regret them — and they certainly don’t regret including their eight-year-old dog, Bernie. 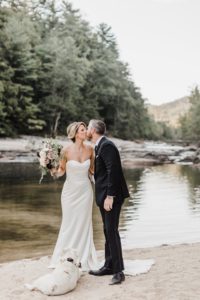 After exchanging vows at Brown Mountain Beach Resort in North Carolina this September, the couple took Bernie down by the water to pose for some sweet family photos. The goofy bulldog, however, had other plans. 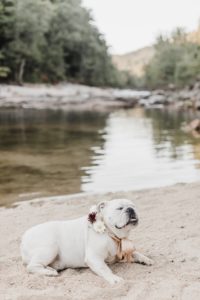 “He actually bolted straight towards us when he saw us and someone had to scoop him up to avoid him covering my gown in sand and water,” Rebecca told The Dodo. “We asked him to sit, but in typical bulldog fashion he was only focused on what he wanted to do.” 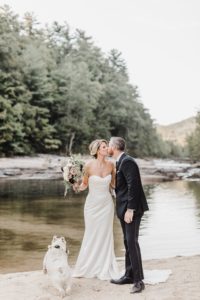 But instead of panicking or getting upset, the bride and groom followed photographer Jillian’s Knight‘s suggestion and just went with it. And their photos are so much better because of it. 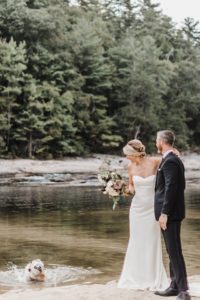 Now whenever they flip through the album of their big day, they won’t just smile. They’ll laugh, thanks to Bernie’s hilarious antics. 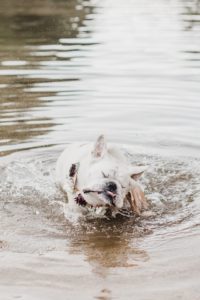 “Our photographer Jill was amazing — she saw the opportunity and vision for these pictures and told us just to keep laughing and posing while he was in the background doing his own thing,” Rebecca said. “And [the photos] turned out better than we could have dreamed!” 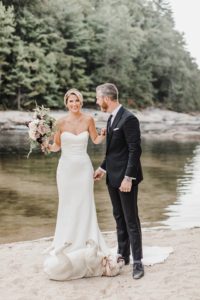 It wasn’t long before Charlie noticed he and Rebecca weren’t the only ones cracking up. When Bernie ran into the water, a chorus of laughter rang out from the deck, where all 120 wedding guests had been watching! 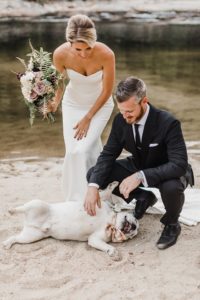 Everyone was in agreement — the day wouldn’t have been complete without the lovable pooch who always keeps life interesting. But if you ask us, dogs make everything better. Congratulations, Rebecca and Charlie! 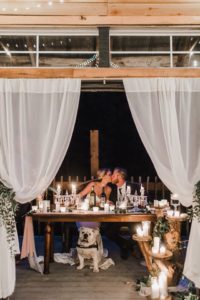 Be sure to share this story with other pet parents who can definitely relate.