Children are limitless when they pursue creativity. It’s what fuels all their crazy adventures — and what makes their dreams possible in the first place.

Meet Adam and Lisa Kelly’s sons “Bean Boy” and “Rooey,” the two halves that make up “The Go Go Brothers.” The boys, who go by their nicknames to maintain their privacy, star in a YouTube series about a world made up of children’s drawings. Their message for viewers is simple: “Your only limit is your imagination.” 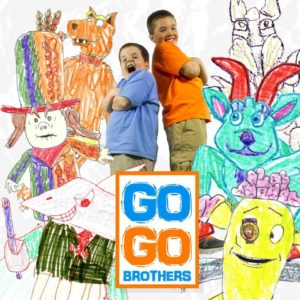 See, in their world, anything is possible — a stark contrast to the lives they were living a few years ago. Rooey, who is 9 years old, was just 6 when he was diagnosed with autism. As such, he lacked speech and language skills, which made communication extremely difficult when he started school. In fact, he struggled so much his parents said they watched him begin to fade away. 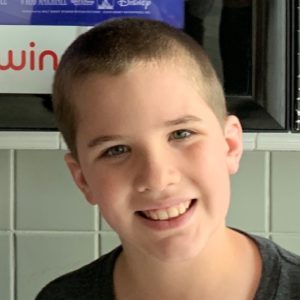 Bean Boy, his younger brother, was born with spina bifida and has always been self-conscious about his surgery scars. The 7-year-old also needs help getting around and doing everyday tasks, which fuels his low self-esteem when he’s with kids his age. 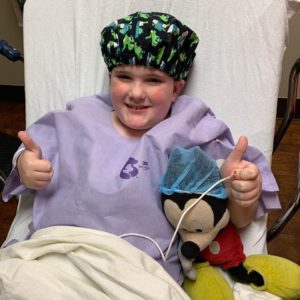 Both boys needed an outlet, something that would let them have fun without reminding them of the limitations others placed on them. Thankfully, Adam, who works as an animator, and Lisa, who has a background in special education, came up with a brilliant idea! And all they’d need was a green screen, a camera, and art supplies!

“Every kid loves the spotlight,” Adam said. “So we knew that if we put them [in skits] where they were doing things they couldn’t do in their daily lives, they would get this sense of pride.” 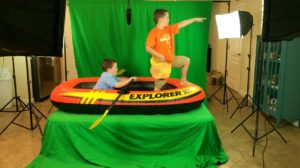 It worked! The boys took the show’s name from their dog Go Go and began filming themselves exploring a world created from their own sketches. Their awesome dad animates and edits what they put together, but that’s as far as his involvement goes.

What started out as a family project quickly became a full-blown YouTube channel with dozens of charming videos and over 1,000 subscribers. Young viewers can even submit their own art to be featured in an episode! 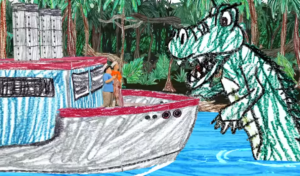 But the best part? Both boys are doing better! Rooey has become far more communicative, and Bean Boy is less worried about being judged. It’s all because the show encourages them to love themselves! 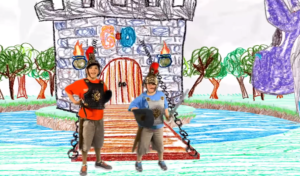 And now they’re using their experiences to send a message to kids everywhere. “Just because you have a disability, it doesn’t mean that you’re going to have any less of a beautiful life,” Adam said. “We hope that the Go Go world helps you find whatever it is inside you that makes you you and makes you feel important.” 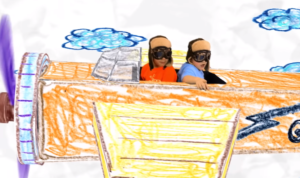 Not only are their videos funny and entertaining, but they’re also making a difference in the lives of children who feel like they don’t fit in. The sky’s the limit for these two and everyone lucky enough to watch them! Way to inspire the world, boys!

Join the Go Go Brothers in one of their adventures below, and share to spread their amazing story!