It sometimes seems that veterans don’t get the respect they deserve in our society, but it’s comforting to know that some of today’s youth truly appreciate the countless sacrifices that ensured our liberty.

This year on Memorial Day weekend, Cemetery Director Mark Poulin and his team spent hours setting up a small American flag on the grave of each veteran and citizen at the Ohio Western Reserve National Cemetery in Seville, Ohio. That night, a storm swept through the area and scattered their hard work to the wind, tossing the flags around and ruining the patriotic effect. 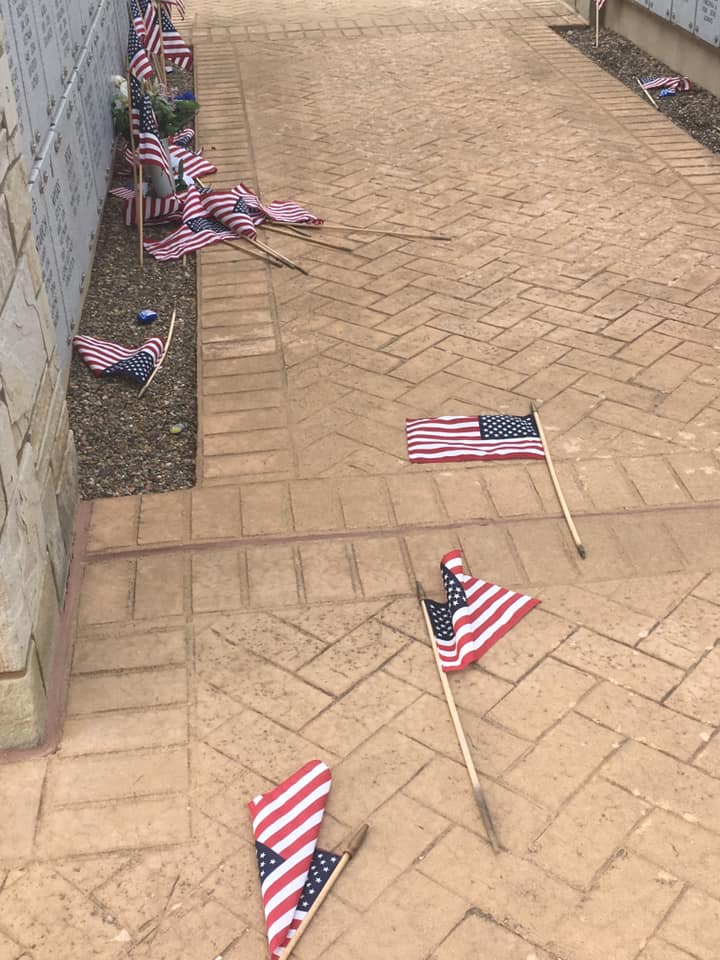 The next morning Hannah Croskey and her mother April arrived at the cemetery to pay their respects to Hannah’s grandfather, who fought in Vietnam. When they saw that the flags had all been scattered with the wind they couldn’t help but comment on how sad the place looked, and that’s when the 11-year-old piped up with an idea that surprised her mother. 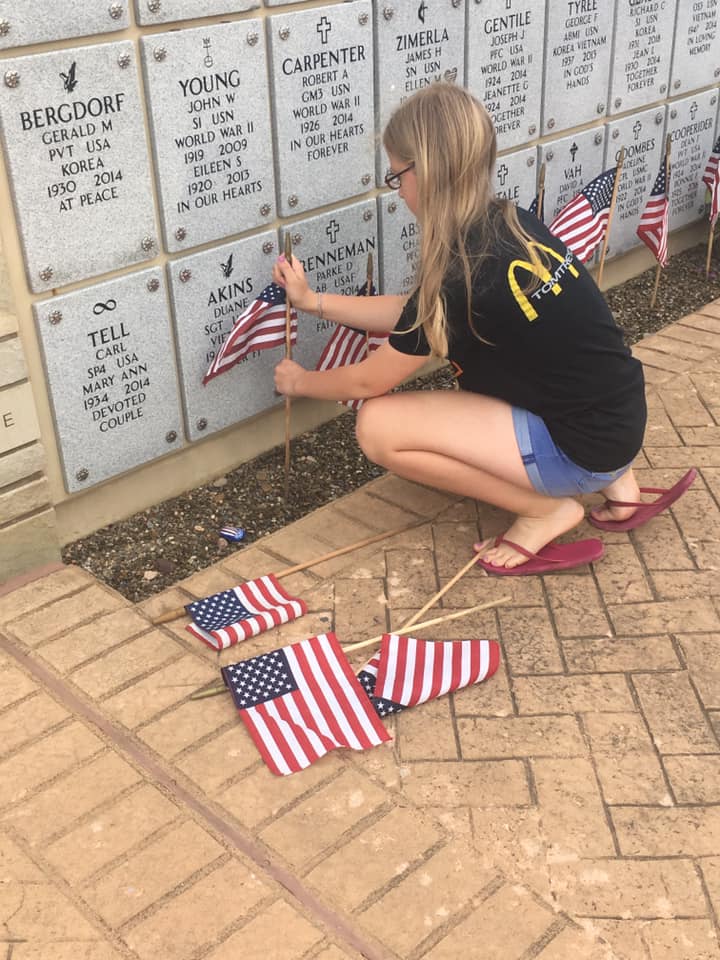 “Even if we could do some, it will still make a difference for that family,” Hannah told her mother. The girl bent and began to fix the flags, placing them upright on each grave and methodically working her way down the aisle. April thought this process would take too long, but soon she began to pitch in to help her daughter too.

“One row led to one section which led to another section and we ended up getting the whole thing done,” April explained. “Almost two hours later she proved me wrong. We got all the flags put back for the entire wall area.” 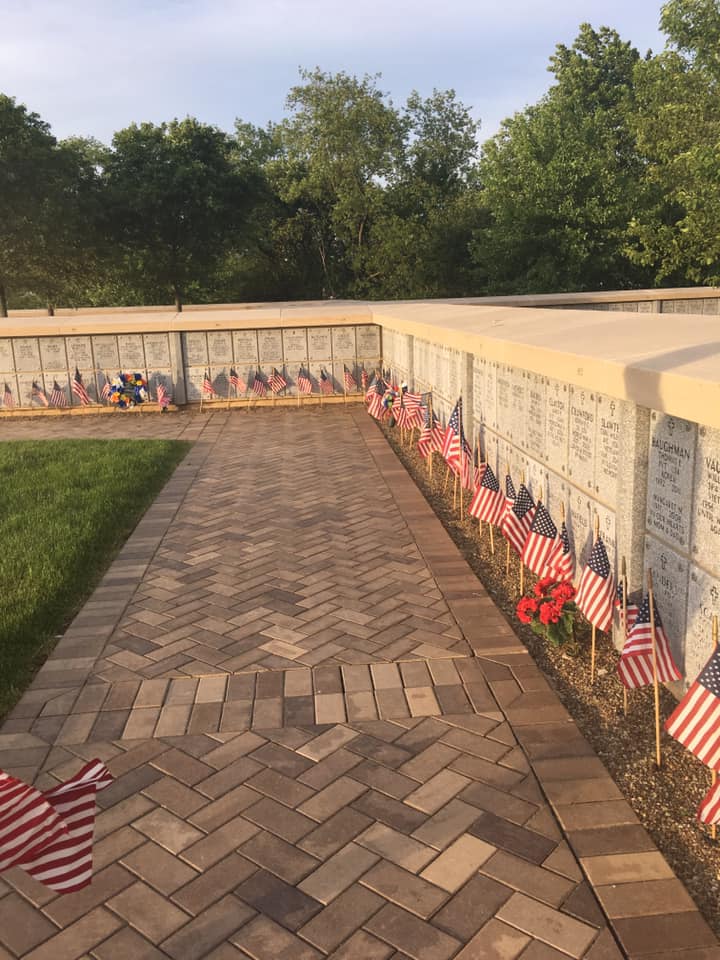 By the time the mother and daughter had finished their task, the entire cemetery had been restored to its Memorial Day glory. Apart from the personal satisfaction of correcting the sad sight, Hannah was also awarded a special 100-year pin from Mark and the other cemetery workers. 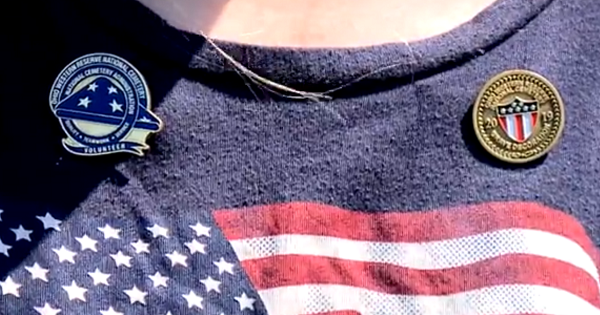 “It was just unreal. I couldn’t believe it,” Hannah said of receiving the special pin. She said she was inspired to clean up the cemetery by the very man whose memory had brought them there that day: her grandfather. “I think grandpa’s looking down on me.” 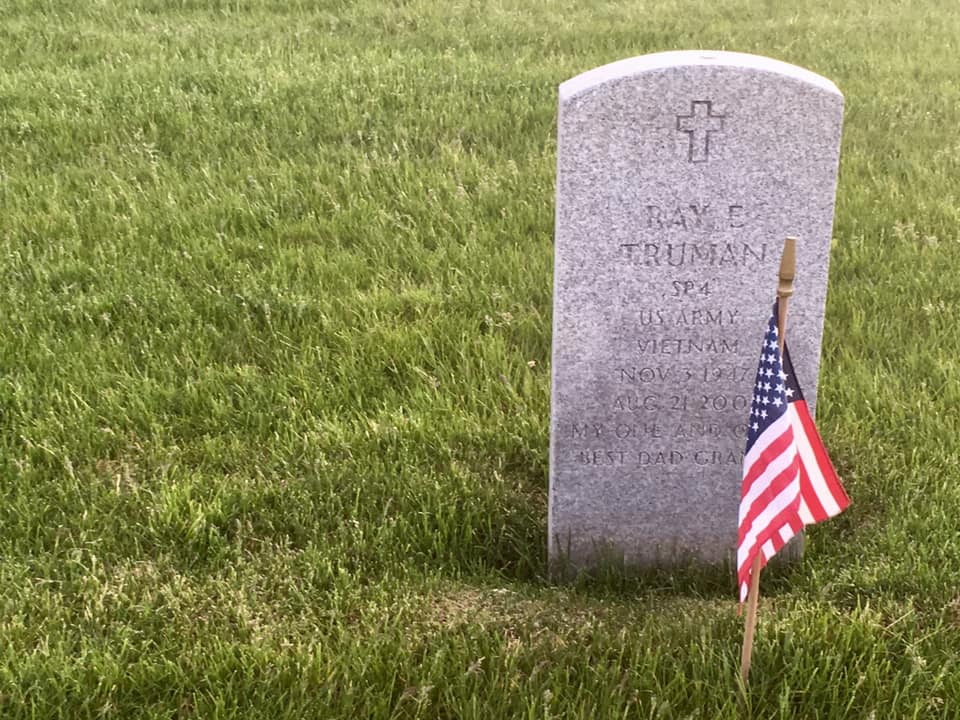 We love to see this kind of patriotism and thoughtfulness in someone so young. Hannah is a terrific example of a child who is being raised to appreciate the service and sacrifice of our military members. It’s important to remember and appreciate our veterans not just on holidays like Memorial Day, but every day. Strong work, Hannah!

Duct tape: is there anything it can't do? For Peyton Manker, the answer is definitely no. The 18-year-old student from Sparta, Illinois, spent the last part of her senior year...