As a parent, there are times when you feel like your baby never stops crying. Parents become geniuses at figuring out how to soothe their fussy infants, but some babies are harder to calm than others.

One baby named Gideon was often inconsolable, and his parents tried everything to keep the infant happy. Dad had a particularly innovative technique, which proved to be incredibly effective, even if it was a little bit odd. Now, video of him soothing baby Gideon has gone viral on the web, and it’s just too sweet not to share. 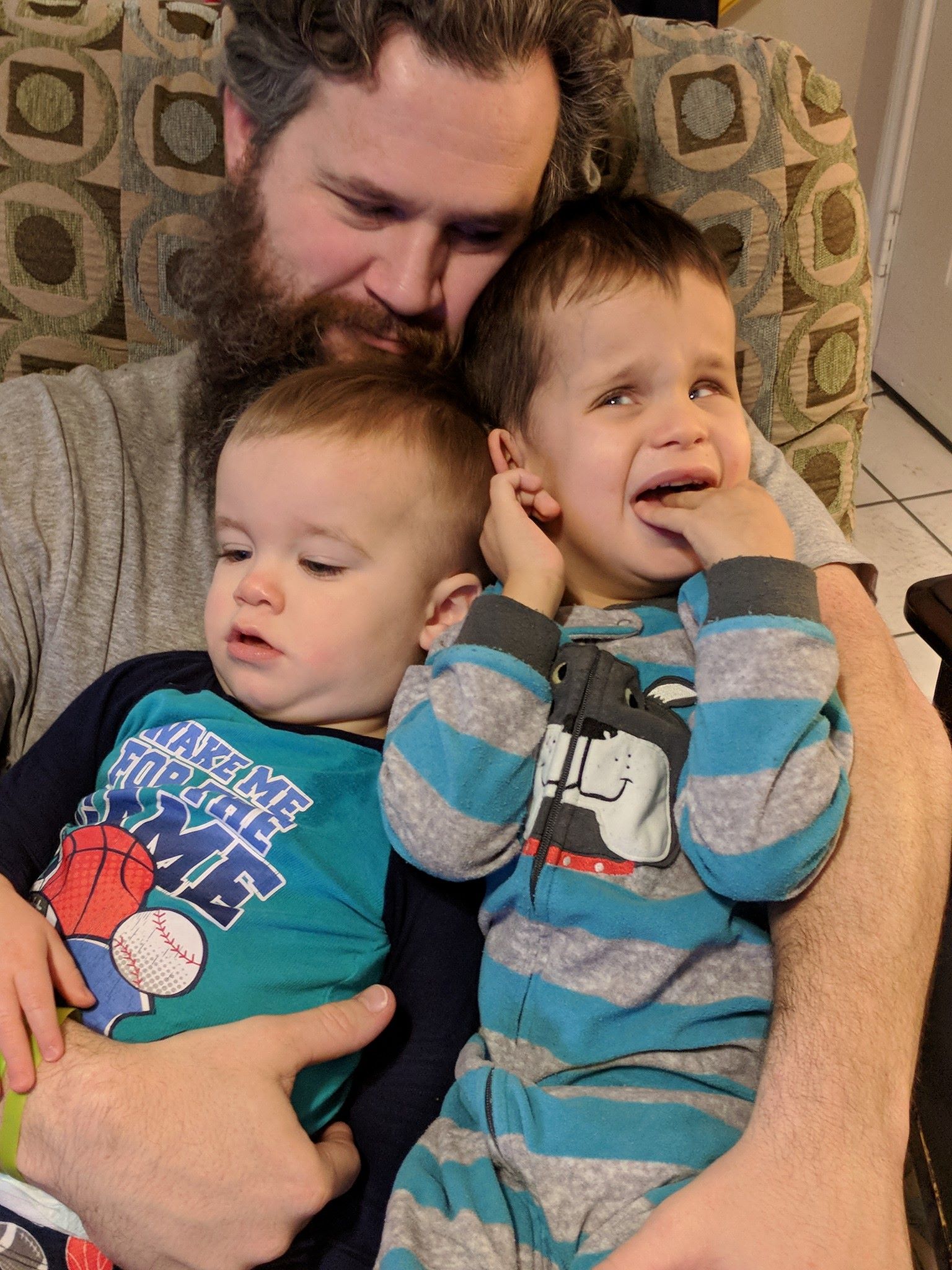 When Gideon was seven months old, his parents finally got answers to why he wasn’t developing like other babies. He was diagnosed with Peroxisomal Biogenesis Disorder (PBD), and his parents were shocked to learn that his condition had left him legally blind and profoundly deaf. 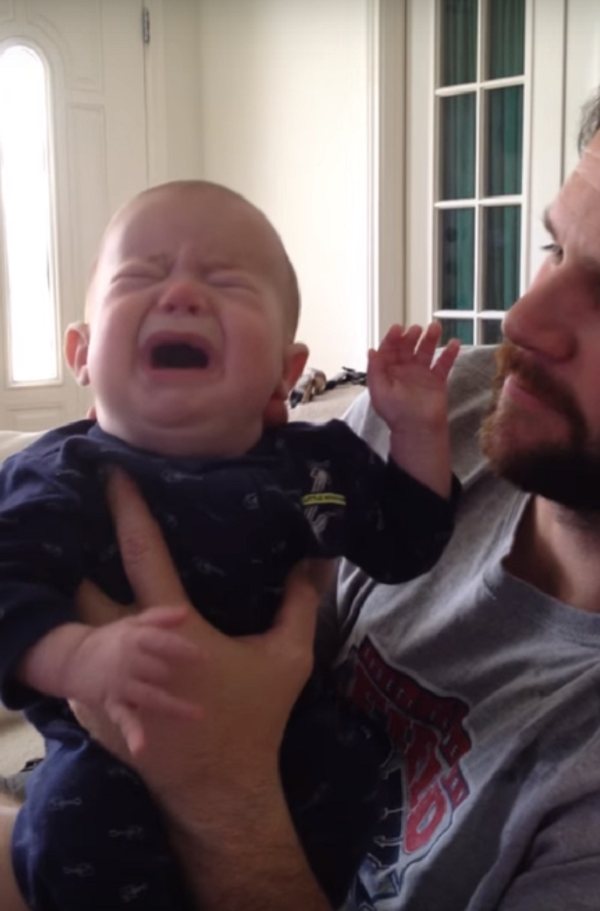 Perhaps that’s why Gideon responded so well to his dad’s method to stop him from crying. As Gideon wailed, dad would put his mouth right up against his soft cheek and blow. 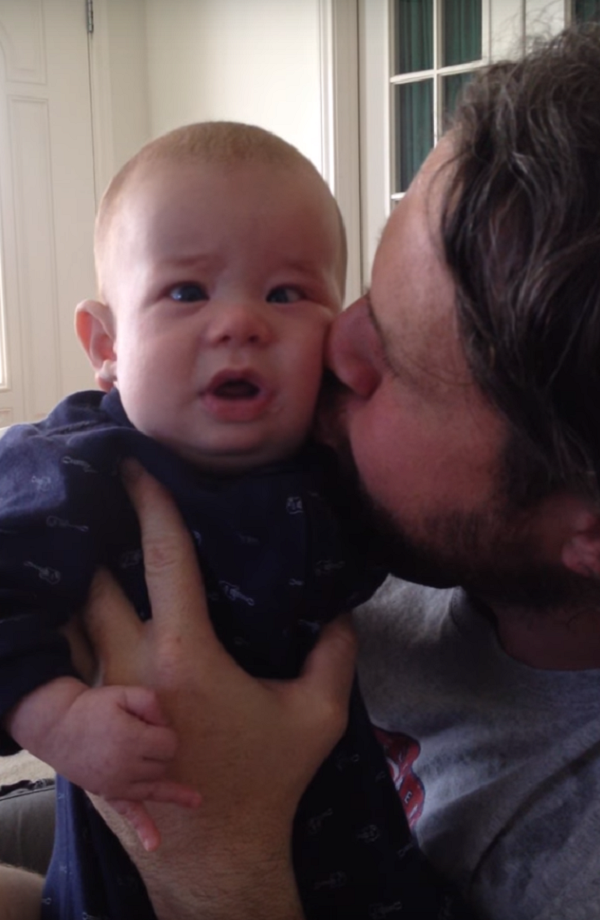 The resulting “raspberry” caused a vibration that the baby could feel. His face looks like he’s just discovered something magical as he experiences the sensation of hot air and vibrations. As soon as dad stops blowing raspberries, the baby starts crying again. But once the raspberries return, Gideon’s face clears like clouds parting after a rainstorm. 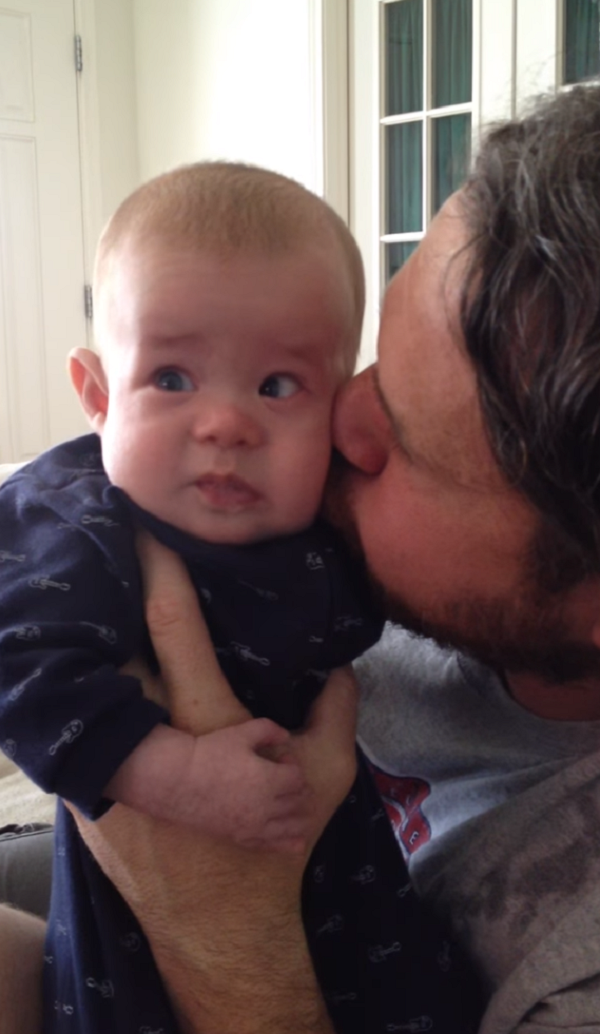 Prior to his diagnosis, these parents had no idea that Gideon’s condition was so serious. As his mom wrote on her blog, “You were so unique that it took 7 months before someone could finally diagnose you. And when that day finally arrived, they didn’t give you much time. Your projected life expectancy was less than one year.” 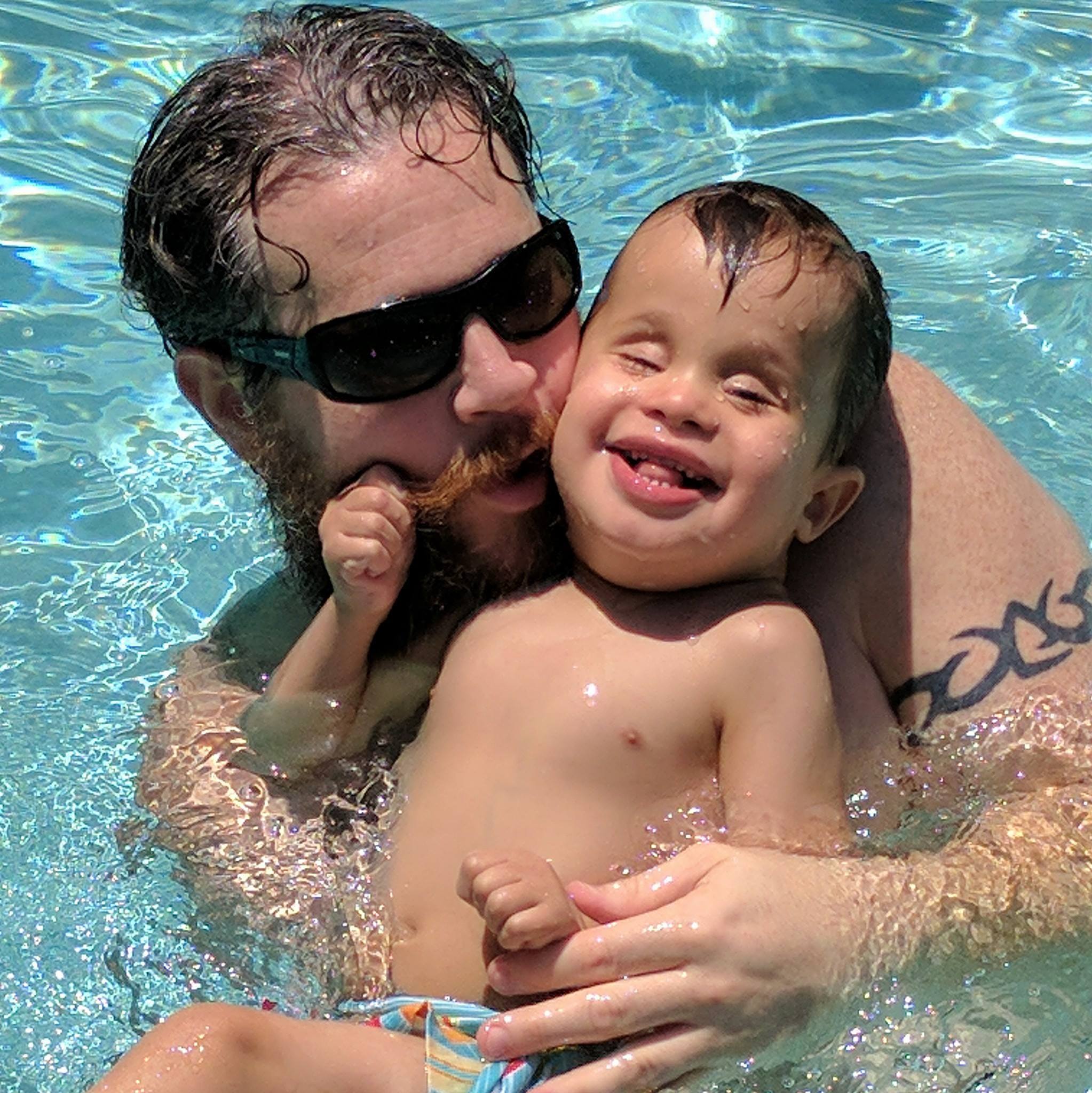 Gideon has exceeded all of those life expectancies and continues to blow people away with this growth and development. He just turned five years-old, and his dad says he still loves raspberries!

Watch dad’s sweet technique below, and be sure to share this story.