Last year, an officer with the Fulshear Police Department in southeast Texas responded to a rather unusual request in an area neighborhood: Someone had tied a deer to a fence and the caller needed help setting him loose.

By the time Officer Kevin Zieschang arrived, the caller had already cut the rope and the buck was free to go. But instead of bounding back into the woods, the deer walked up to the back of the house where the officer and rescuer were talking. Together, they managed to wrestle off the remaining piece of rope around his antlers. 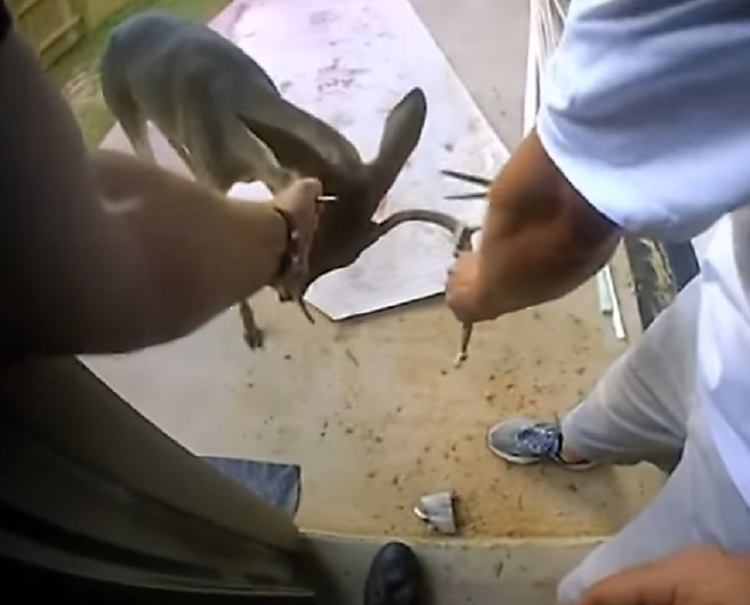 “I was a little bit nervous,” Officer Zieschang admitted. “I mean, we have a buck and he’s got antlers on him. That certainly wouldn’t feel good to get stuck with one of those.”

But this buck still wasn’t ready to leave. Maybe he felt some special thanks were in order. Or maybe he’s just the friendly sort who likes to socialize. Either way, he wasn’t going anywhere. “I was trying to spook him, to get him to run back out into the woods and he wasn’t having it,” Officer Zieschang said. “He wanted to hang out with us.” 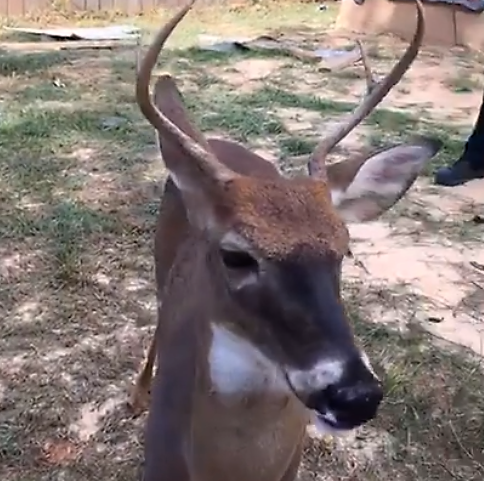 Not only hang out, but snuggle and get in some good ear scratches while he was at it. The officer, who decided to name his new friend Uncle Buck, was taken by surprise at how affectionate this sweet wild animal was.

A couple days later, a news crew arrived at the house to interview the officer. As he stood in front of the camera talking to the reporter, guess who popped back out of the shrubbery? 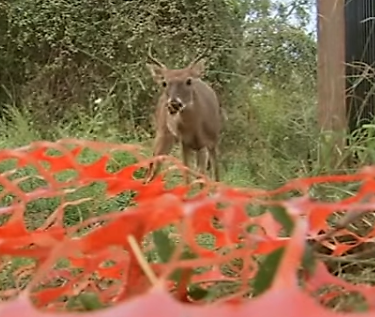 “I’ve never had a deer like that or any kind of animal like that, that’s that friendly and docile being a wild animal,” said the officer of 5 years. “I was a little bit uneasy but it was still really cool.” 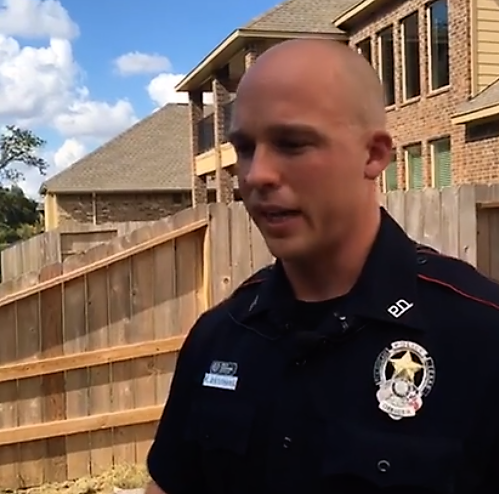 Friendliness is almost always a good thing, but it can pose a serious problem for wildlife. Worried for Uncle Buck’s safety, the police department contacted officials with Texas Parks and Wildlife, who have since transported this friendly deer to a wildlife sanctuary.

Check out the whole adorable story below, and share to spread some smiles!