Raising a stepchild well requires consciously choosing to love and accept them. And since many stepparents don’t have to take on the role of mom or dad, when they do accept the responsibility, they do it with their whole heart.

That was the case for Michael Musto when he married George Grimwade’s mother when George was in second grade. Ever since then, George has considered Michael to be his dad. In fact, he’s appreciated Michael’s love so much that he got him the best thank-you gift! 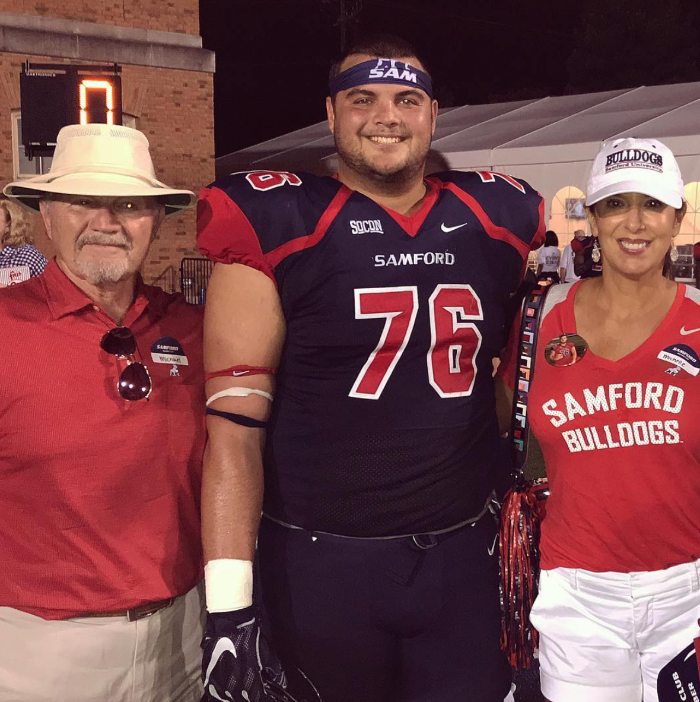 George is currently a senior offensive lineman at Samford University. Throughout every step of his college experience and long before that, he’s had his parents’ support. In his mind, he isn’t part of a blended family at all — he’s just in a family.

As for Michael, he raised George as his son and had no biological children of his own. And because George’s last name didn’t change when his parents got married, Michael didn’t have anyone to carry on his family name. 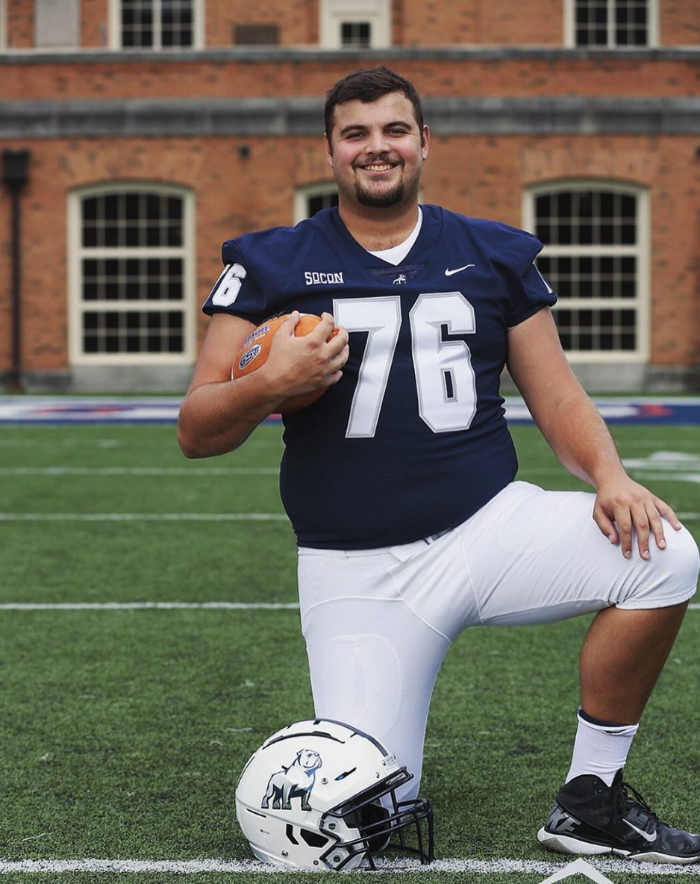 So to honor his dad, George legally changed his last name to Musto, but he didn’t tell Michael right when it happened. Instead, he planned a wonderful surprise for Samford’s Family Weekend.

At the football game, George walked up to his parents to deliver a special message to his dad. “You know how much I love you, right?” he asked before revealing that he was officially a Musto! Then he turned around so Michael could admire the new jersey that proudly displayed his family name. 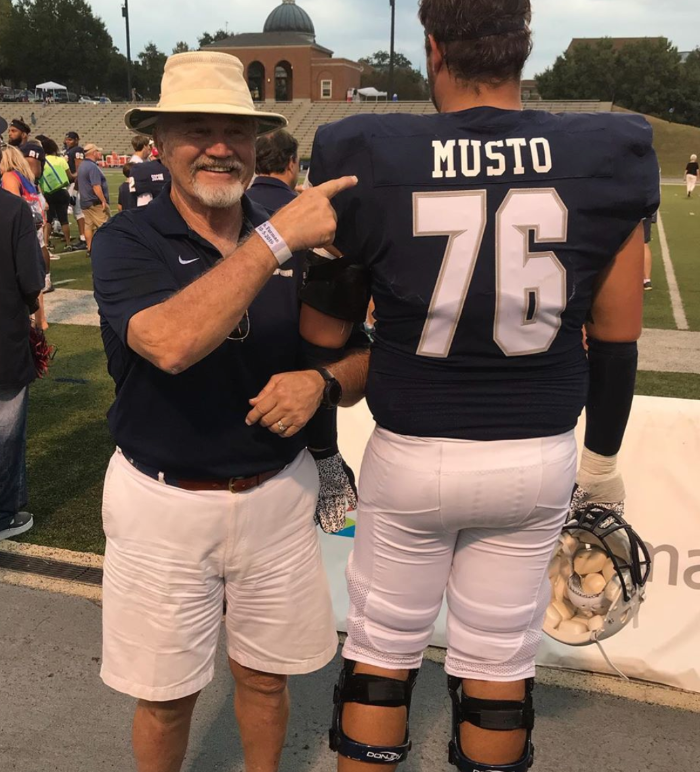 The university caught the entire exchange on video, but Michael doesn’t seem to notice (or care about) the camera. As soon as he sees what his son has done, he breaks down in tears and gives George a tight hug, one that is clearly full of love and appreciation on both sides.

Grab some tissues before you watch the beautiful moment unfold in the video below, and don’t forget to share this story with your friends!

For one 🐶, Family Weekend meant just a bit more.#AllForSAMford🐶🐾 pic.twitter.com/urRXQAEF6V