Firefighters are called upon to do lots of things for our community, from saving lives to helping animals who’ve gotten themselves into a bit of a predicament.

It’s important to show gratitude to our first responders, and one dog from Wells, Maine did just that in a video that is now melting hearts all over the world. It all happened one afternoon when worried neighbors spotted a 10-year-old Husky named Jasper in a rather strange spot. The big, fluffy dog seemed to have climbed out an open window onto the porch roof… and now he couldn’t get back inside. 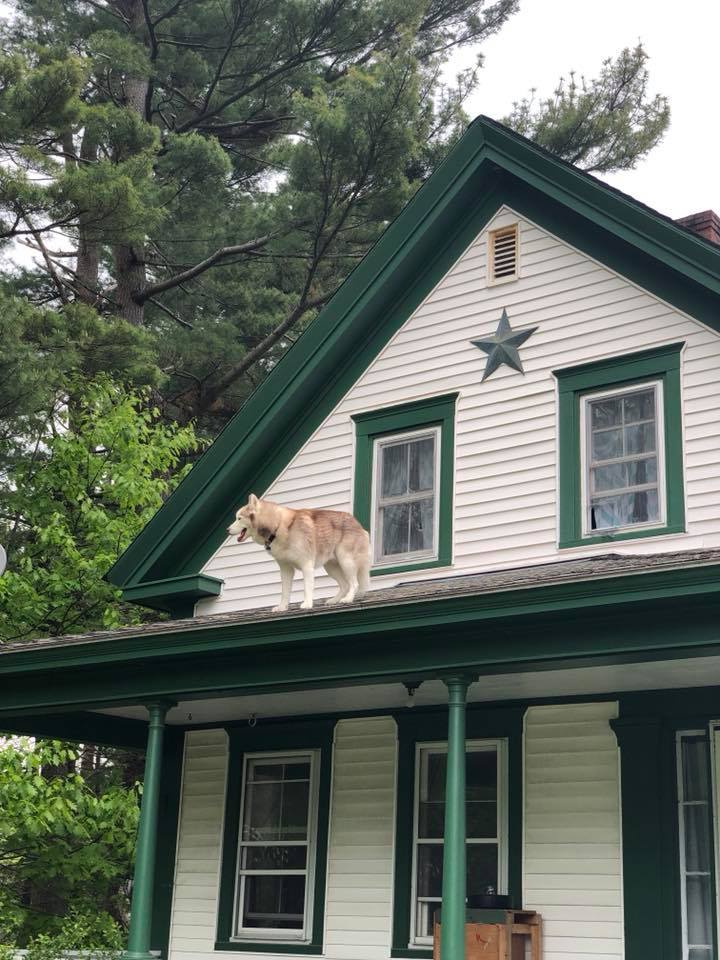 Maybe the window had fallen shut, or maybe Jasper just couldn’t figure out how to get back in once he was out there, but either way it was clear: he was good and stuck. Stranded at least 15 feet off the ground, concerned neighbors did the only thing they could think of and called the Wells Police.

The police dispatched the Wells Professional Firefighters association to handle the case, and when firefighters arrived they confirmed that yup; this dog was indeed stuck. The good news is, he didn’t seem the least bit upset about it! 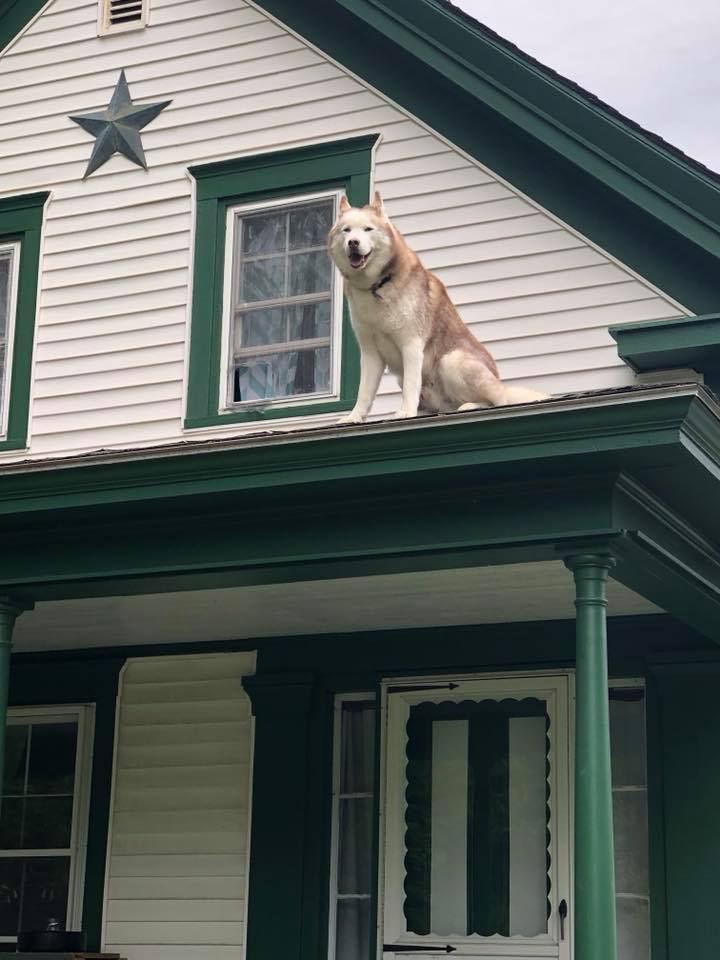 “The call came in for a dog stuck on a roof. My first thought was on the roof of a car, but I didn’t exactly know what was going on,” said Captain Nawfel. “Myself and another firefighter who was there with me made the decision that we would ladder the building by ourselves and that we were going to put the dog inside.”

Although they’d brought a ladder truck, Captain Nawfel wound up just climbing a ladder up to the roof and helping the dog find his way back inside. Just before Jasper ended the drama by stepping into his home, he leaned over and thanked the firefighter with a sweet, sloppy kiss. 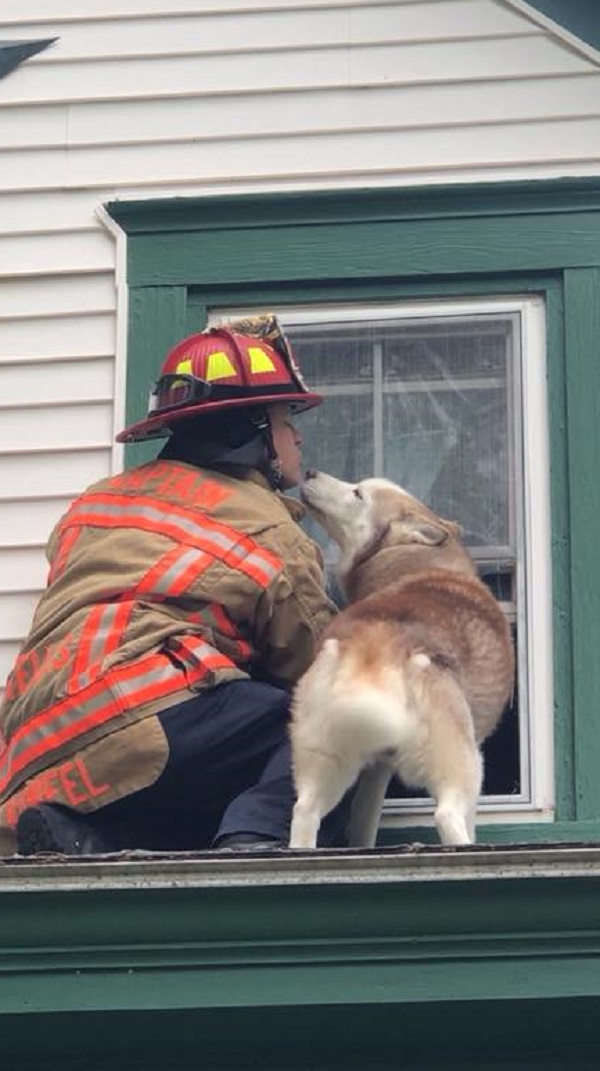 “Friendly dog. Kinda gave me a smooch on the way in the house and that was the end of it and I came down the ladder,” Nawfel said. But that wasn’t the end of it. After the fire department shared the story on their Facebook page, the pictures went viral! Soon news organizations from all over were calling Captain Nawfel for comment. 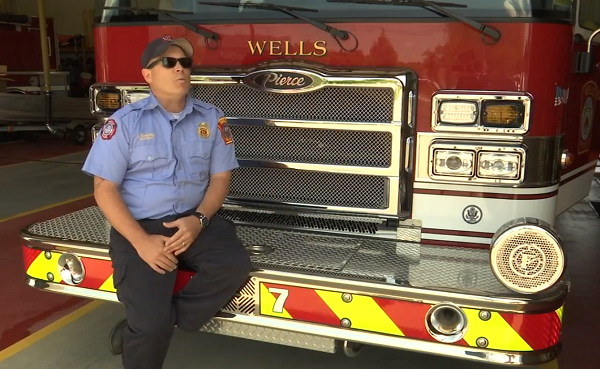 “It floors me that, out of anything going on, this has gotten the attention that it has. It’s crazy. Absolutely crazy,” he said. “You know there’s always the thought of the firemen going to rescue the cat out of the trees… it’s the ongoing thing. But a dog on the roof is a first.”

Silly Jasper! Let’s hope he stays out of trouble from now on, but it’s good to know that if he doesn’t, the good folks at the Wells FD will be there to save the day.

Watch Jasper’s sweet show of gratitude in the video below, and be sure to share to make someone smile today.

Wells Fire Department Captain Jeff Nawfel was able to save this beautiful dog who managed to get out onto his roof and got stuck. Thanks Captain Nawfel. Video by Officer Steve McDonaldWells Professional Firefighters Association, IAFF Local 4652