From a distance, it might’ve looked like a Christmas skit gone horribly awry.

Last week, a young deer walked out onto a frozen golf course pond in the central Oregon community of Sunriver, but couldn’t gain a foothold to make it all the way across. Fortunately, someone saw the deer flailing around and called firefighters for help, and they soon arrived with the department’s brand new, bright red ice sled.

One of the captains got footage of the rescue, which was posted on December 9 and has been viewed millions of times, as well as featured on national and international news sites. 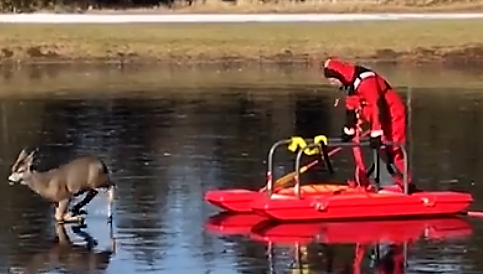 The video picks up mid-rescue and shows Jeff “JJ” Johnston clad in a bright red immersion suit, pushing the equally bright red rescue sled toward the exhausted deer. As he closes in, she tries unsuccessfully to get to her feet, then throws a worried glance over her shoulder.

But this deer seems to sense she’s not in harm’s way, at least not from her rescuer, and she settles in for a short ride back to shore. 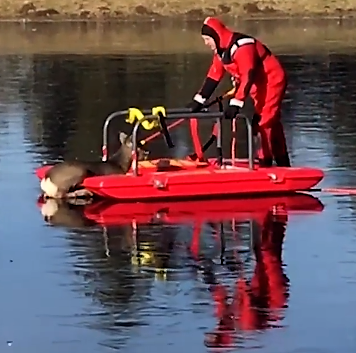 “JJ was talking to it the whole time. The deer played along pretty good,” the department’s office manager said, adding it was “a great way to get training, and rescue a deer.” 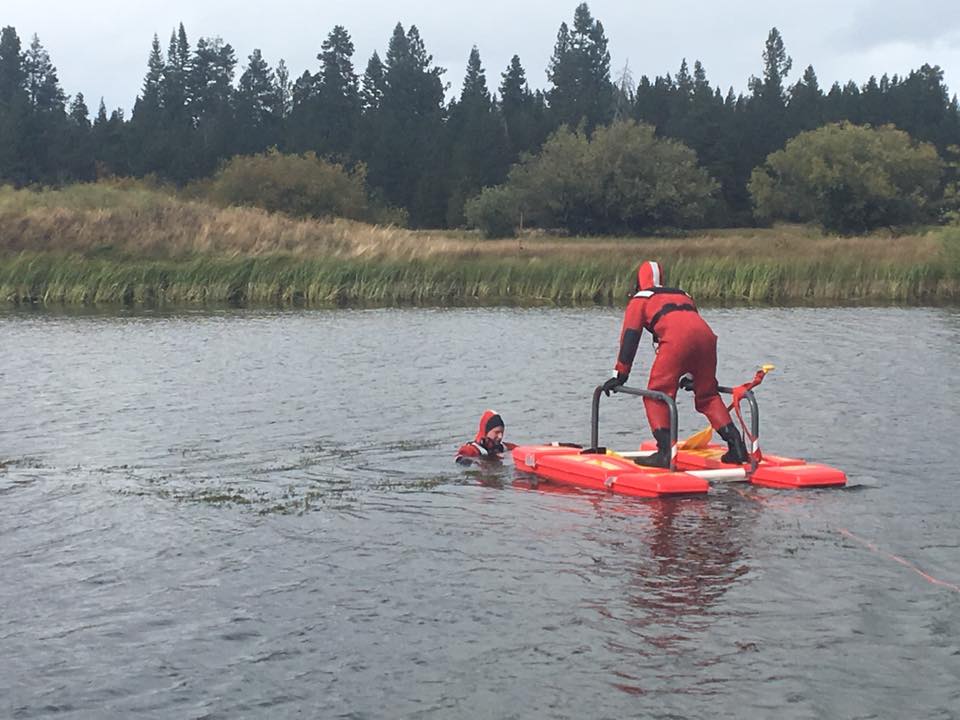 The sled was recently purchased with funding from a grant, and this was the first time it had been put to use.

The man in red may not have been Saint Nick, but he certainly pulled off an early Christmas miracle for one deer!

Watch the dramatic rescue unfold in the clip below and remember to share.