How far would you be willing to go in order to save the life of a helpless wild animal? One anonymous man in Ventura County, California is being praised as a hero after bystanders watched him risk his own life to save another.

The video shows the young man on the side of California’s Highway 1 surrounded by smoke and flames. He had pulled over, and another driver paused to film him. He seems distressed as he paces back and forth, putting his hands in his hair in a gesture of indecision. The people shooting the video can be heard saying, “What’s he doing?” 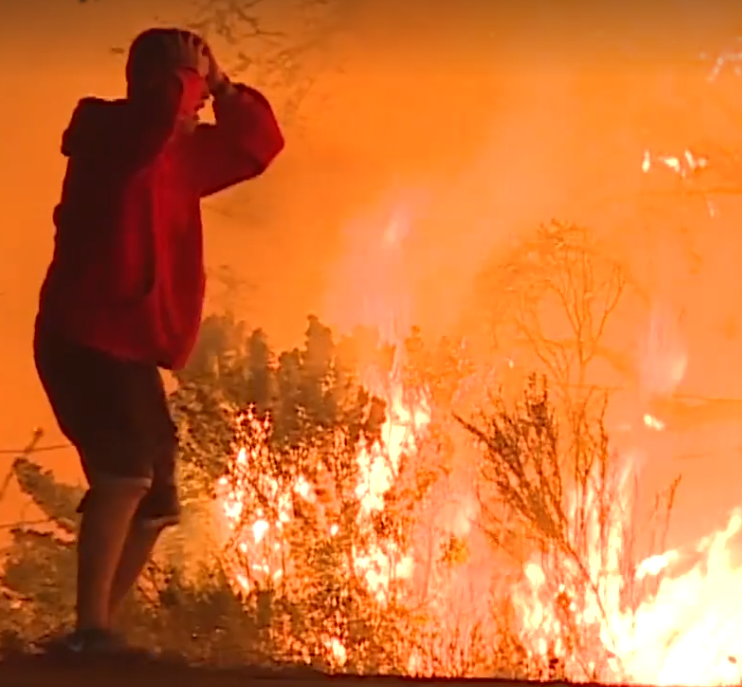 “He’s rescuing an animal!” They exclaim when they see the man creep carefully into the underbrush. He crouches down and approaches the terrified rabbit. 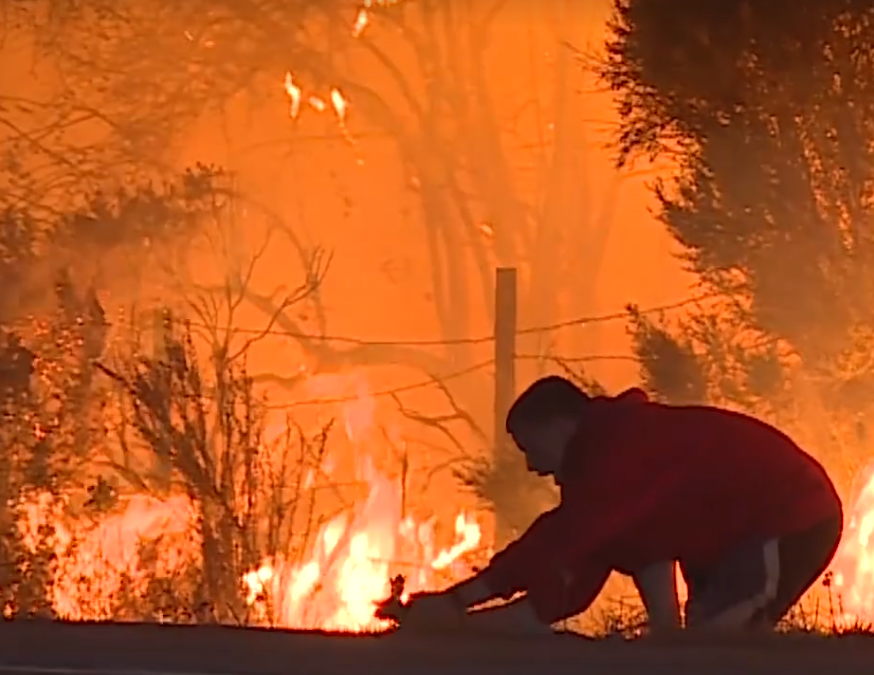 Miraculously, the creature doesn’t flee from his outstretched hands. It’s like the rabbit knew he was trying to help! 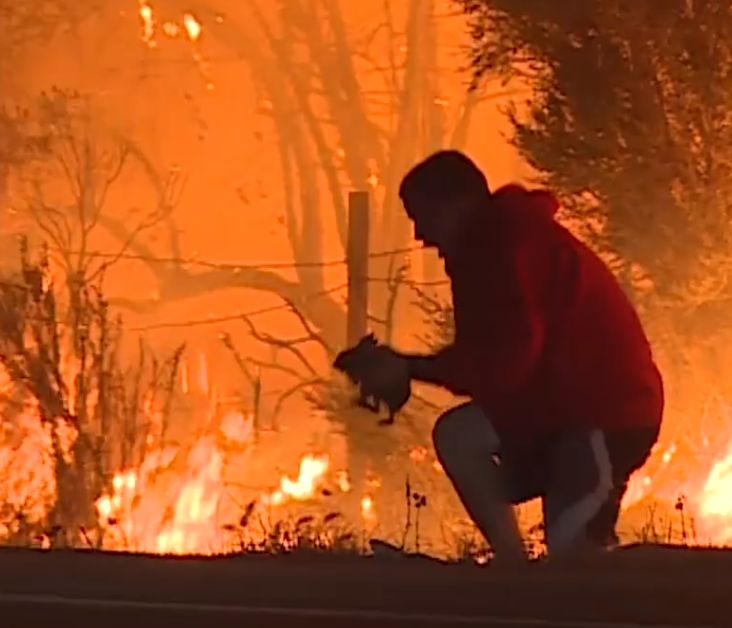 The man then cradled the animal to his chest and walked to a different area, presumably to release the bunny into a safer section of woods.

Perhaps the most incredible part of this rescue is the fact that the man refused to receive any praise for his valiant efforts. When the people who recorded the scene approached him and asked for his name, he chose to remain anonymous. He clearly didn’t perform this selfless act for any kind of recognition; he did it because he thought it was the right thing to do and somebody had to do it.

The video has gone seriously viral, achieving close to 4 million views in just a few short hours online. Commenters on the ABC News Facebook page share our feelings of joy that good people like this man exist in the world: 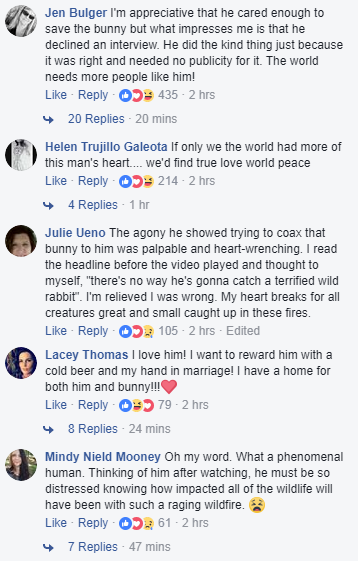 Watch the shocking video below, and don’t forget to share to remind everyone that good people are out there, doing good deeds everyday!

Man pulls over to save bunny from California wildfire

Man pulls over to the side of California's Highway 1 to rescue a wild rabbit from the raging Thomas Fire, witnesses say. http://abcn.ws/2AF2USL