When Cynthia Peterson of Burlington, Vermont brought home Finn, a wriggling 6-week-old Golden Retriever puppy back in 2012, she had no idea the impact the dog would have on her life.

Throughout her 20s, Finn was there for her in good times and in bad. The friendly dog was an especially great comfort to her as she grieved the loss of her father. 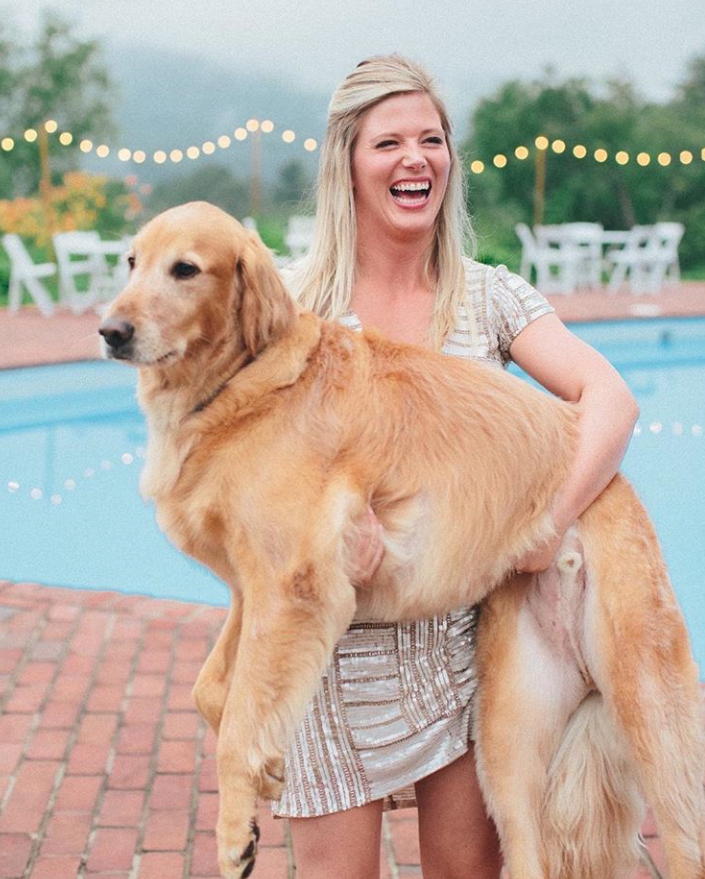 “He helped me through the grief when my dad died and now he’s dying of cancer, too,” Cynthia explained. “It’s a hard blow but really powerful to look back at how he got me through those times and now I’m going to help him.”

When Cynthia and her husband, Robert Peterson, first learned that Finn had cancer, they struggled to come to terms with losing such a huge part of their lives. The were thinking of ways to make Finn’s last weeks and months as much fun as possible, and an idea arrived in the form of a care package from the Live Like Roo Foundation. 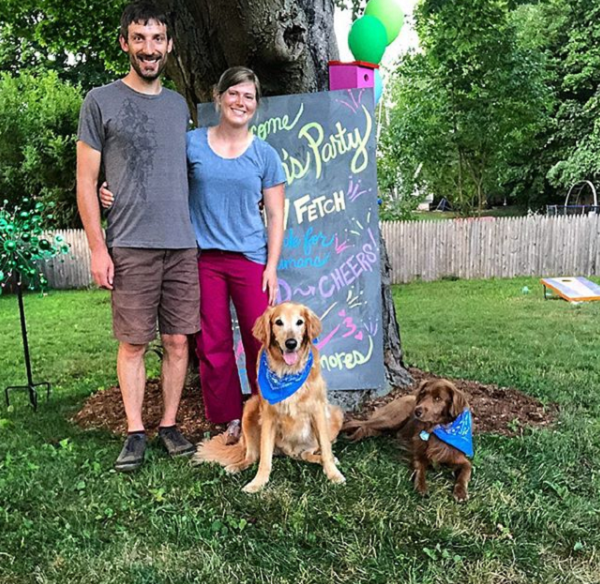 The Live Like Roo Foundation is an organization that supports families whose pets have cancer. In the care package, they suggested creating a “bucket list” for your pet, taking him on every adventure and fun shopping spree his heart desired. 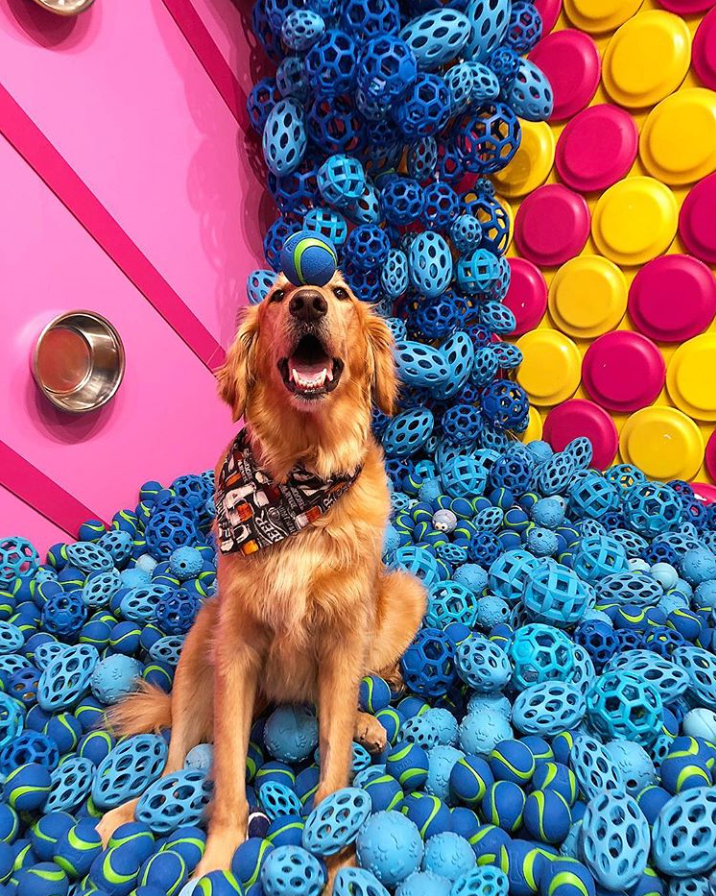 Cynthia and Robert threw themselves into creating Finn’s bucket list, sharing their story and progress on an Instagram page devoted to their dogs. Fans quickly began following Finn’s journey as he checked off boxes on his bucket list, like having a steak dinner… 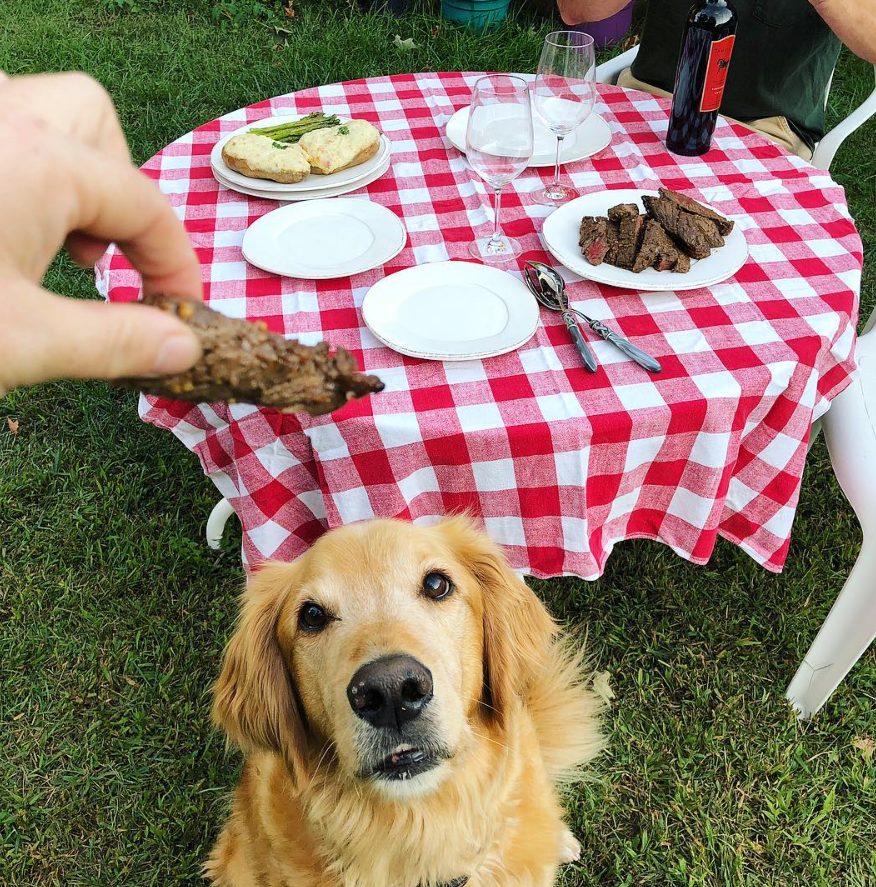 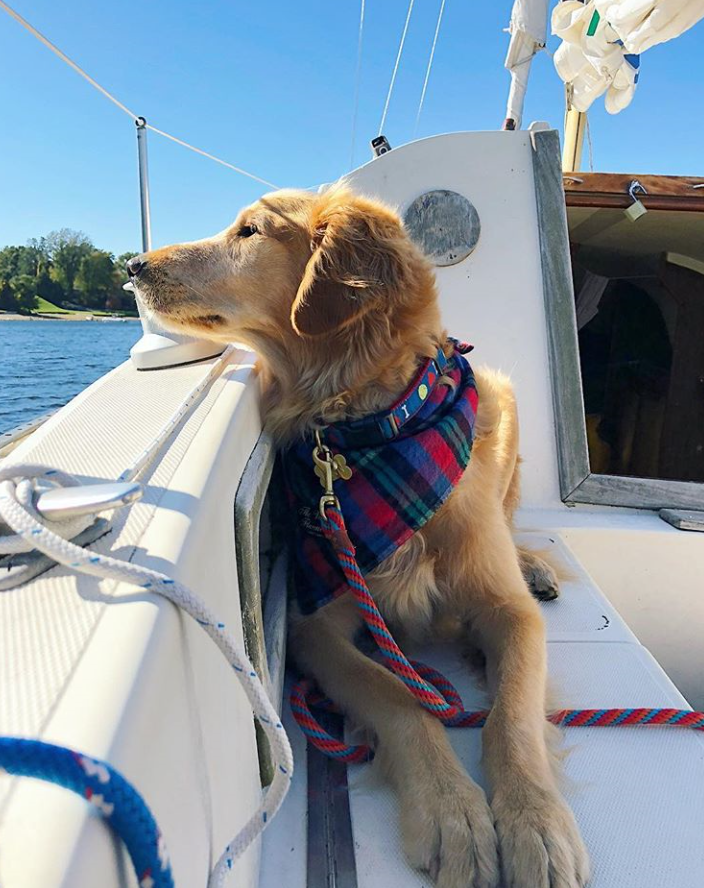 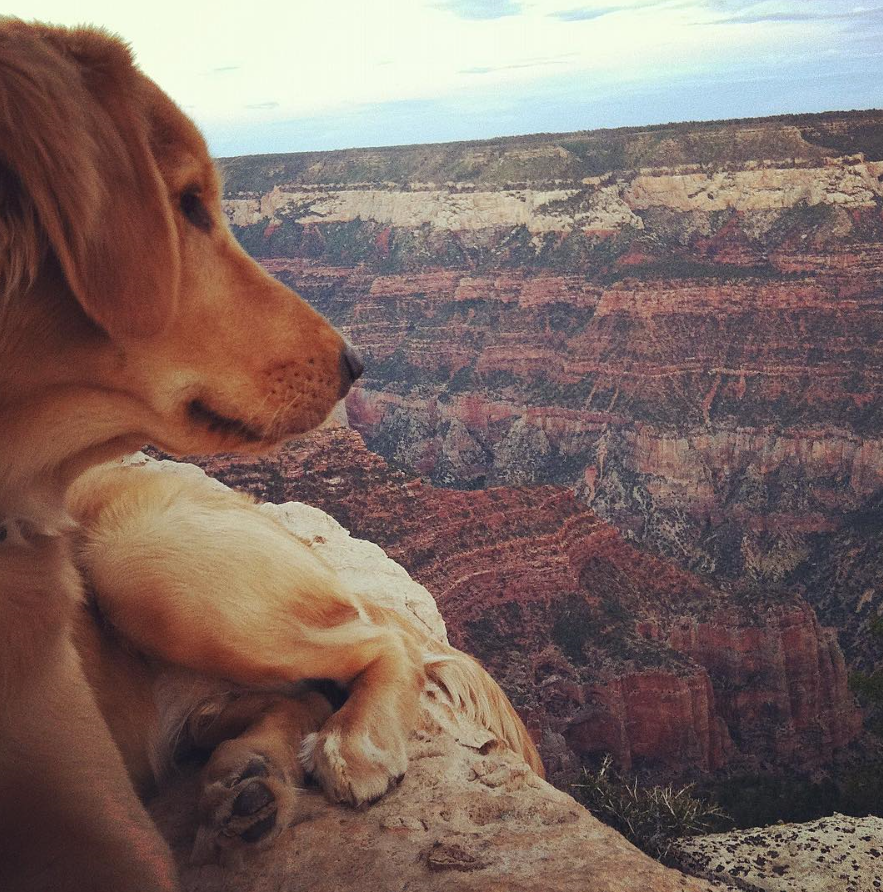 …even riding in a hot air balloon! (Yes, Finn did actually take a ride in there!) 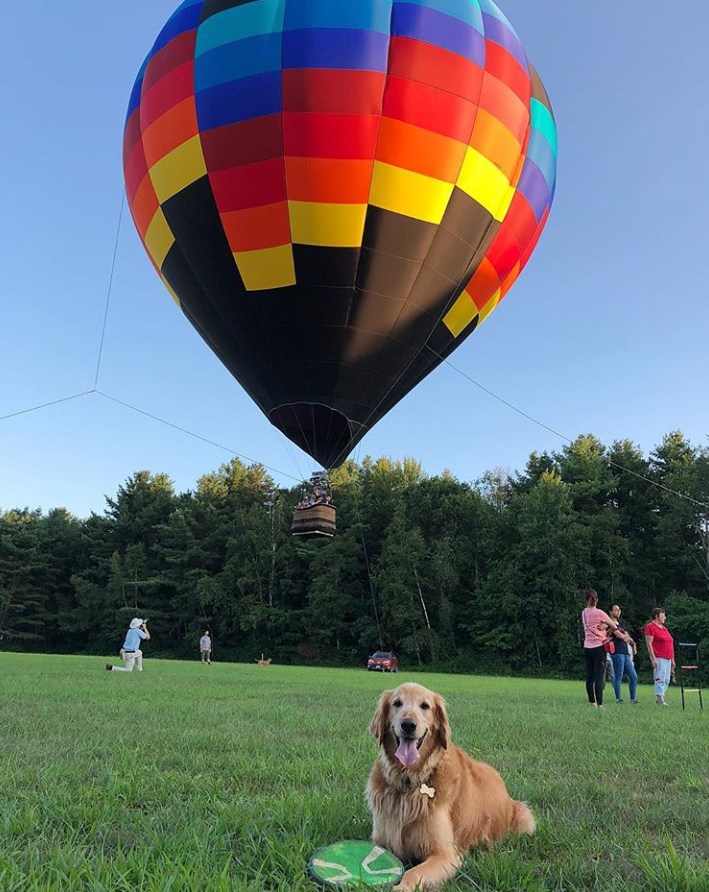 “We’ve turned a devastating experience into an empowering one. We’ve made friends with people globally whose dogs also have cancer,” Cynthia said.

Cynthia and Robert have been overwhelmed by the support they’ve received. Dogs are such a tremendous part of our lives, and losing a furry friend is one experience that every pet owner dreads. Being able to focus on giving Finn all of the good things in life has enabled the couple to celebrate his life and what time they have left with him. 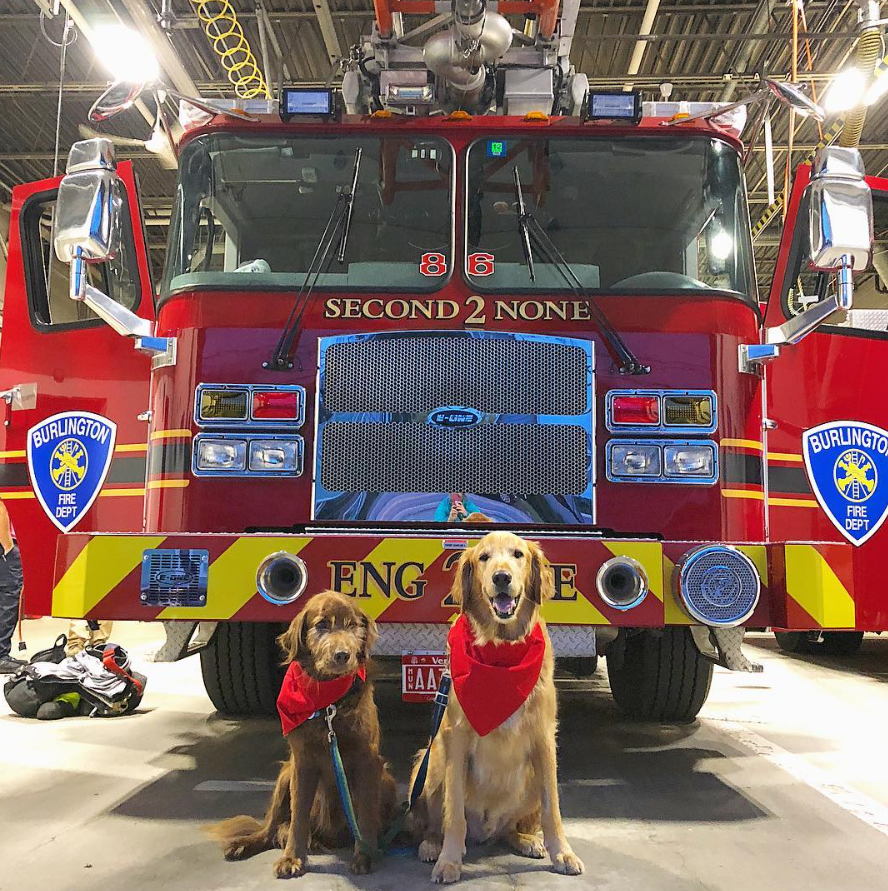 Finn has had chemotherapy to treat his T-cell lymphoma, but sadly he hasn’t responded well to treatment. His vet predicts that he’s got just six to eight weeks left to live, and his family is determined to fill that time with love, laughter, new sights and sounds, and plenty of belly rubs. 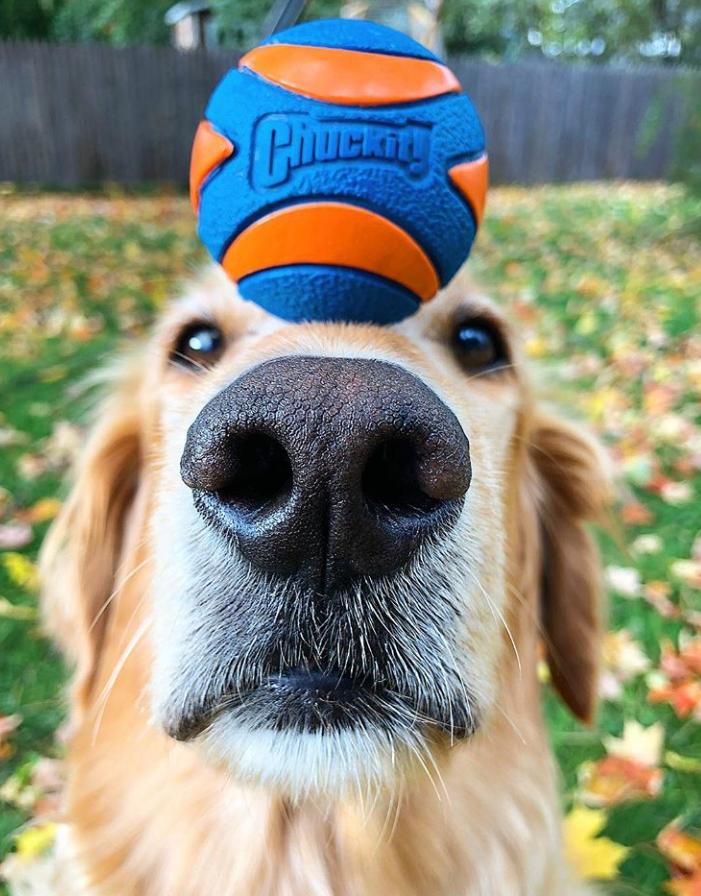 “He’s a very enthusiastic, loyal dog who really lights up at anyone. He would have been an amazing therapy dog,” Cynthia said.

To that end, one of Finn’s bucket list items was to become a therapy dog, a mission he achieved in late October! Cynthia shared a picture of Finn and his best dog friend, Yogi, sitting in Times Square in New York City. Her caption read:

“Become a certified therapy dog: Check! We are back home in Vermont and did the therapy dog test today. Pictures weren’t allowed during the test, but Finn passed! He will need to do a few supervised visits to be fully certified and we’re going to try to do them over the next few days if he’s feeling up to it.” 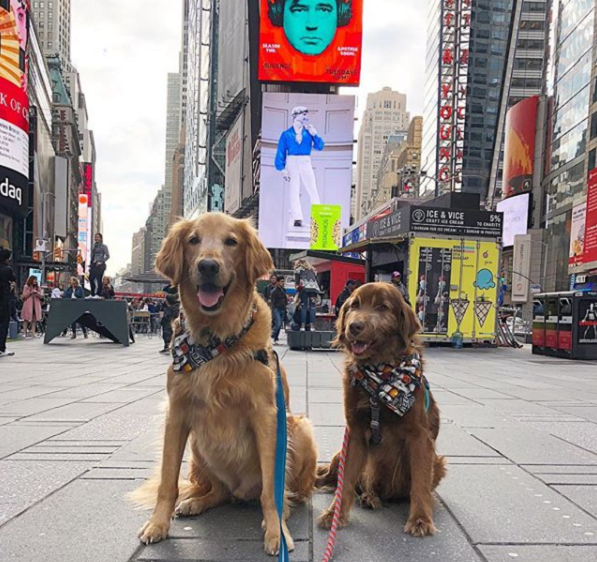 Cynthia said that another one of the blessings to come out of Finn’s bucket list is connecting with other pet owners in a similar situation. Bonding over the loss of their beloved dogs helps everyone involved to feel less alone. They rely on the hashtag #CanineCancerWarrior to connect with other pet owners around the world.

“There are thousands of posts. It’s really beautiful. There are 40 or 50 dogs in one group with their stories shared,” Cynthia explained. 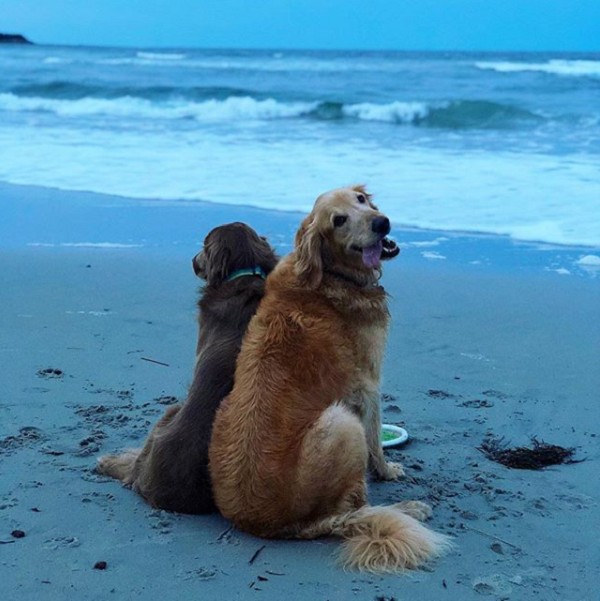 While Finn has already completed most items on his list, the final wish from his owners is having a children’s book written to tell his story. They’ve started a GoFundMe to raise funds to get the book published.

“Finn’s family wants to commemorate Finn with this children’s book to raise awareness of pet cancer and to create it as a resource for children and families confronting pet loss or pet cancer in their lives… Finn’s bucket list adventures can live on for generations to come and continue to inspire families everywhere.”

“We know he’s dying, but we are trying to make him happy,” Cynthia said. “We will look back on this and think we made his final days the best we could. We’re making the most of what we’ve got,” she adds. 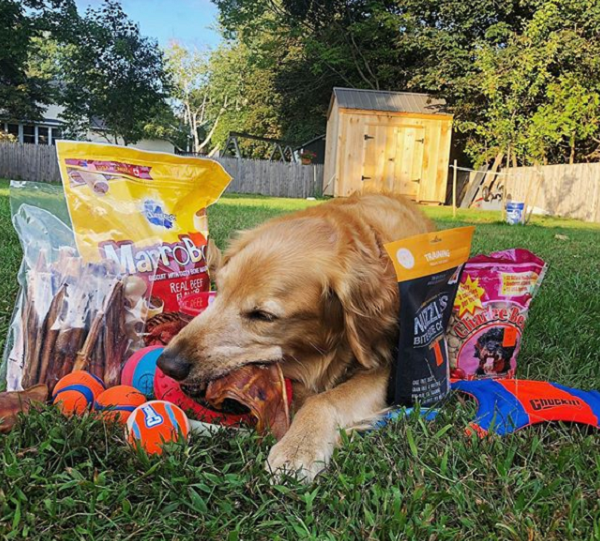 What a lovely way to grieve and celebrate a friend who’s given so much to his family! The fact that Cynthia and Robert are bonding with other animal lovers is a beautiful silver lining to what could have been a very dark period of time for them both. This is just another way that we can honor the value our pets bring to our lives!

Please share this story to remind pet owners to reach out to others for support when they need it.