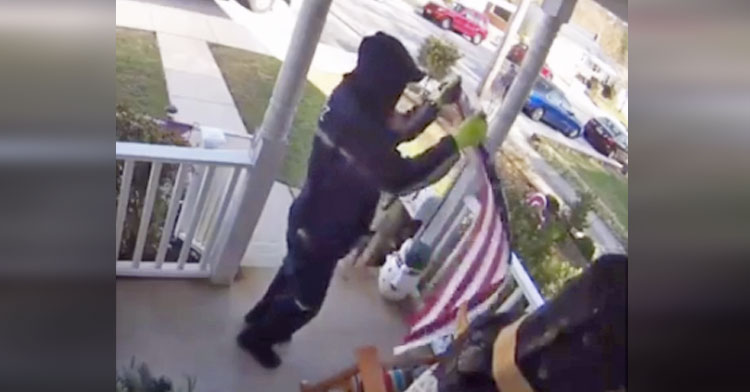 Nobody respects the American Flag more than the brave people who’ve risked (and given) their lives to protect everything it stands for.

Veteran Mike King understands this at his core. He served as a U.S. Marine and now works as a FedEx truck driver in Maryland. While his job requires him to constantly run on a tight schedule, a touching video proves he’s never too busy to show support for his country. 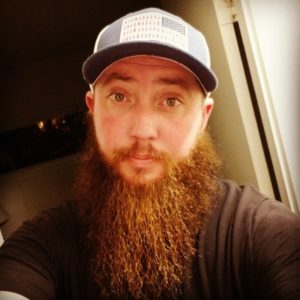 Back in 2018, Mike noticed a fallen flagpole in the front yard of one of the houses on his route. The wind had been fierce that day and knocked the pole over. Gail Cook and her husband, Eric, who live there, weren’t home. So, in a beautiful act of patriotism, Mike stopped everything he was doing to set things right. 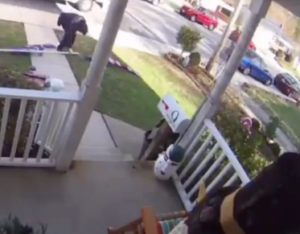 The Cooks’ security camera recorded as Mike picked up the flag and brought it to the porch, where he carefully folded it and placed it out of harm’s way. 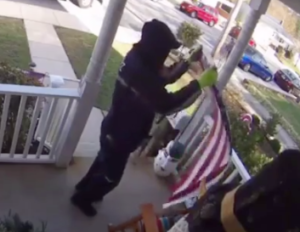 The couple was so moved when they watched the footage that they shared it on Facebook, thanking Mike for honoring the flag. “He not only picked up the flag but folded it properly and put it away safely on our porch,” Gail said. 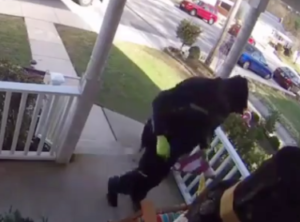 Viewers were just as moved after watching the video, praising Mike for doing the right thing. Gail popped into the comments to add that she told FedEx about its employee’s good deed. 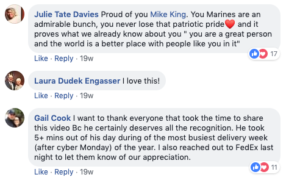 “It’s the Marine way. Would have done better justice for Lady glory if the wind wasn’t gusting at 50,” Mike humbly told Gail. “I couldn’t just drive by and do nothing.”

But Gail sees Mike for the hero he truly is. “(It) says a lot when you do something for the right reasons and not just (because) someone is watching,” she said. 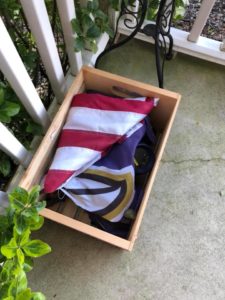 Check out Mike’s honorable gesture in the video below, and share to thank him for his service.

AMERICAN RESPECT: A U.S. Marine that now drives a FedEx truck stopped and took the time to fold an American flag after winds knocked it over outside a Maryland home.