Shortly after celebrating his 50th wedding anniversary with his wife, an 82-year-old man in the tiny German town of Bad Müenstereifel lost his beloved wedding ring. Ironically, the 50th anniversary is supposed to be “golden,” but the most precious piece of gold the man owned was nowhere to be found. His wife assured him that it was “bound to pop up somewhere,” but– to the elderly man– the symbol of their love and marriage seemed lost forever.

Two and a half years after the ring went missing, the man’s wife passed away. Now, more than ever, he longed for his ring! But he’d seen no sign of it in all that time! Little did he know, the ring was hiding in his own backyard.

Six months after his wife’s passing, the man was harvesting vegetables from his garden… that’s when he accidentally unearthed his long lost wedding ring! 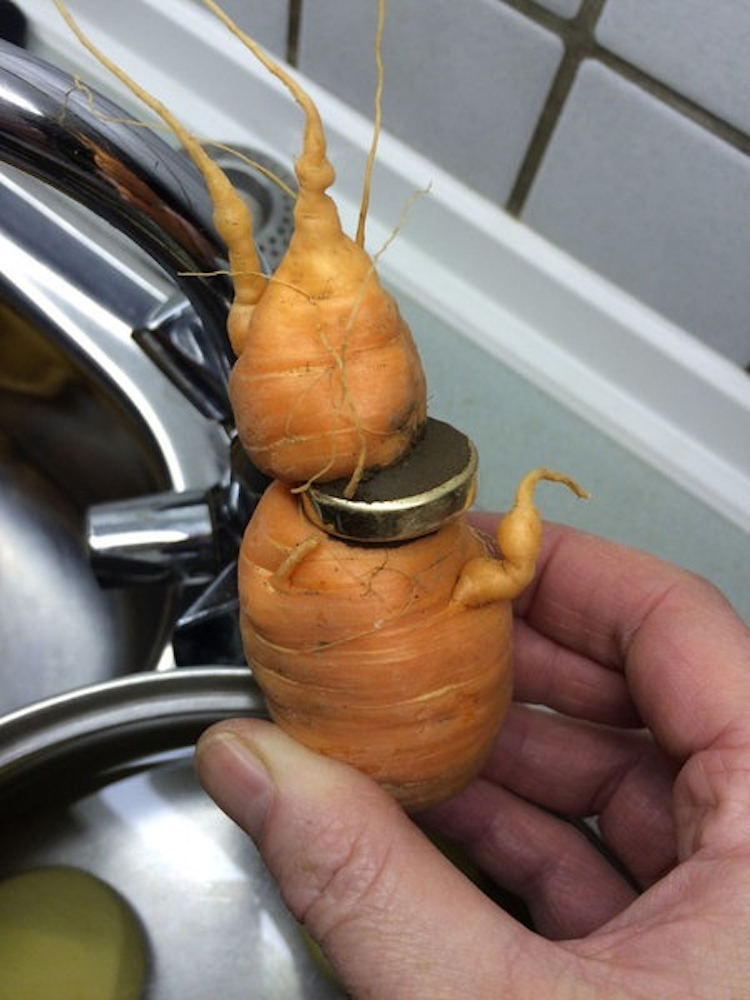 The ring must have slipped off of the man’s hand while he was working in his garden all those years ago. As rain pushed the wedding band further into the ground, and the shifting earth swallowed it further down, the ring became intermingled with some carrots… until one carrot grew through it! 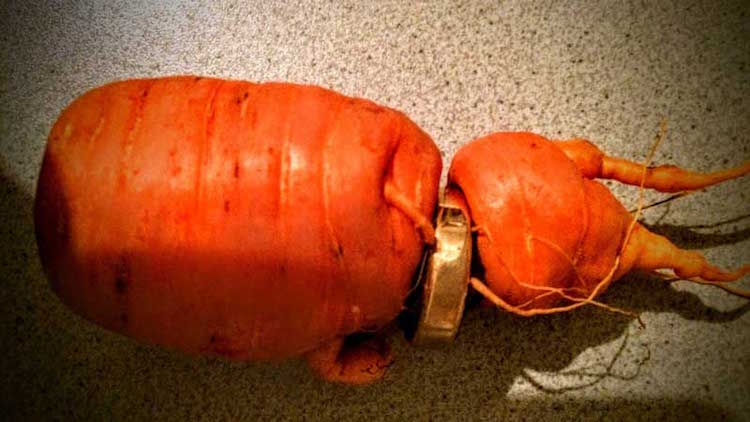 Of course the man was elated to have this precious piece of jewelry back and realized that the old adage was true: “You reap what you sow!”