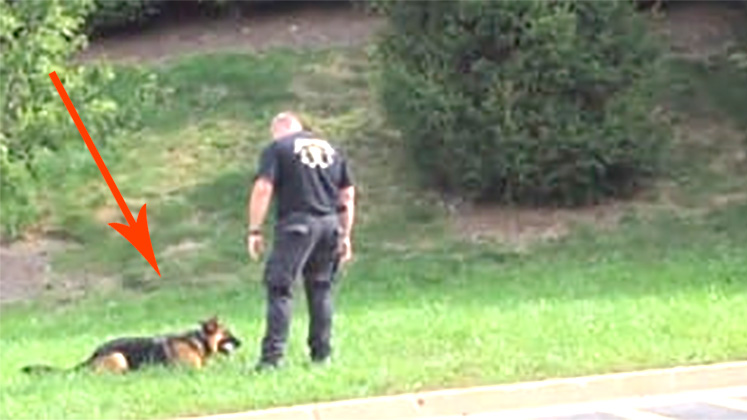 A police officer’s duty is to serve and protect, but early morning on May 5, 2015, it was Pennsylvania Police Lt. Eric Eslary who needed protection.

The Lieutenant was driving on Route 30 with his K-9 Blek. That’s when two intoxicated men in a van crashed into his police car as they were driving the wrong way on the highway. Lt. Eslary was rushed to the hospital immediately, but Blek never left his side. Tragically, the officer died an hour later.

The 17-year-veteran of the Police Department, one of the original developers of the K-9 program, was a husband and a father of six. It wasn’t until his wife Mary Beth arrived at the hospital that Blek finally parted with his owner. The 6-year-old German Shephard also suffered an injury to his leg from the accident but thankfully he recovered without paralysis.

What happened next is truly incredible. As the Eslary family went home to begin grieving, the K-9 became a way for Mary Beth and the kids to cope, as he was a constant reminder of Eric… and they couldn’t be more grateful.

Not only does Mary Beth say that it’s an honor to now take care of Blek, she also said, “It’s just really good to have him home, I need him.”

As a takeaway, ask yourself ,”Who can I protect today?”  As cheesy as it sounds, after watching this video you’ll see the importance.