Everyone who’s worked in the service industry has dealt with their fair share of angry customers. It comes with the territory.

Things were certainly looking to go that way for a Waffle House employee named Ben in Birmingham, Alabama. On a Saturday in November, he realized that due to a scheduling error, he was the only one working the night shift — with 30 hungry people inside. It was enough to give anyone a panic attack. 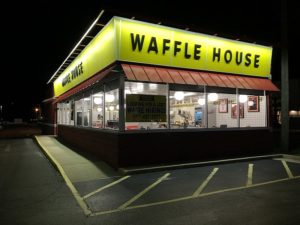 Ethan Crispo walked into the establishment around midnight after leaving a friend’s birthday party.  He said the cook’s face was “awash in bewilderment” at the seemingly impossible challenge of serving everyone. Then, a man in a blue shirt left his seat and asked Ben for an apron as he joined him behind the counter. Ethan initially assumed he was another employee coming back from break.

“It wasn’t,” Ethan told Al.com. “It was a kind stranger. A man who answered the call. Bussed tables, did dishes, stacked plates.” 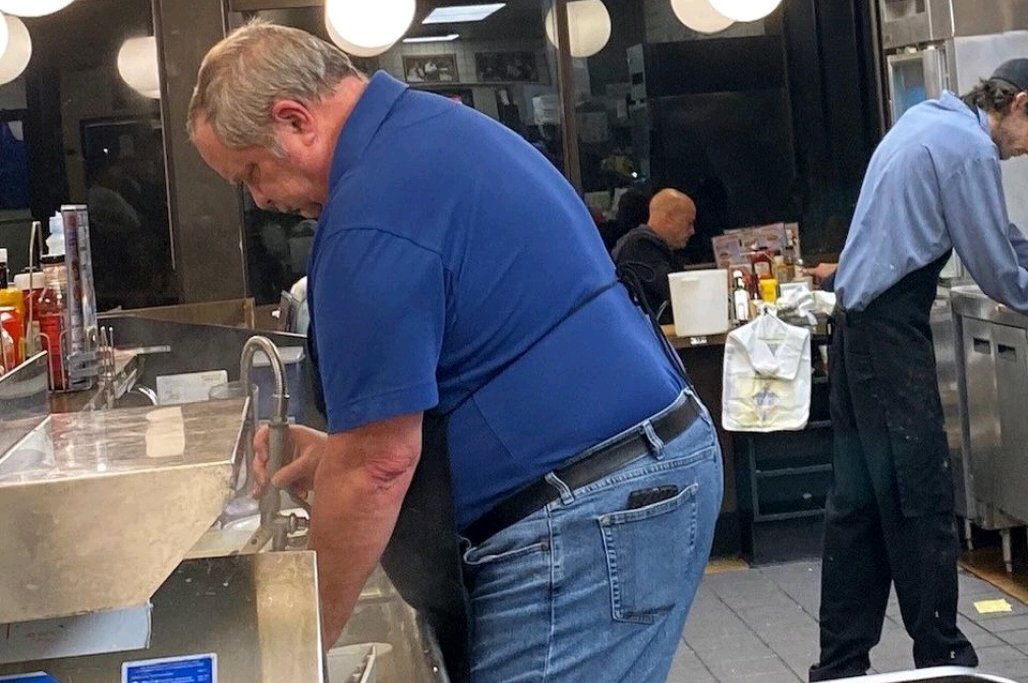 And instead of complaining, other customers followed the man’s lead! As Ben took orders and cooked food, more patrons jumped in to collect and wash dishes as well as run orders — including a woman wearing a dress and high heels. Ethan says they were still at it when he left, and that it was one of his most memorable experiences.

“It was just one of the most wild instances of really, really cool people just coming together,” he said. “Humanity isn’t just good. It’s great.” 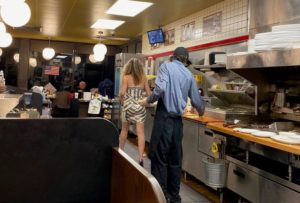 As for Ben, we’re sure he couldn’t be more grateful to the people who didn’t hesitate to offer help. What started off as a nightmare ended as a wonderful example of the kindness of strangers. And he probably won’t ever forget it — though we can only hope he isn’t put into this situation again!

Share this story to inspire more acts of kindness.