Erick Scott served in the Army National Guard for 16 years before returning to his home state of Florida where he was diagnosed with PTSD. He would wake up thrashing and in a violent sweat in the middle of the night and nothing seemed to help.

Nothing, that is, except Gumbo.

Before leaving for Iraq, Erick’s dad gave him one piece of advice that’s stuck with him over the years. “He said, ‘Son, you’ve got eleven guys, make sure you bring them all back,’” Eric says in the video below. “That’s the last thing he told me. They didn’t all come back. I feel guilty because I’m still here.”

According to The Veterans Site, this survivor’s guilt led Erick to develop severe PTSD. Although doctors prescribed him medication for it, nothing ever worked out. That’s when a nonprofit called K9s for Survivors matched him with a service dog named Gumbo, and everything changed. 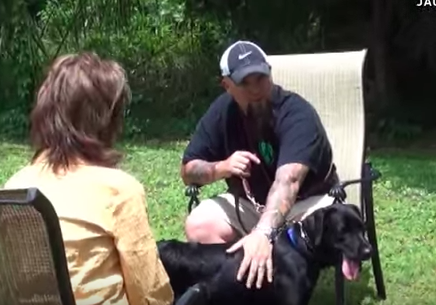 In the video, you can see how close Erick and his dog have become. While Erick is talking about his PTSD, he begins to get anxious and upset. Before Erick himself even realizes his distress, Gumbo jumps on him with licks and affection. 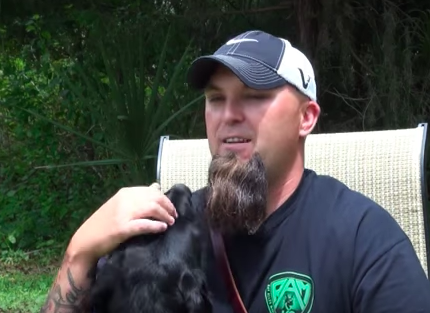 When asked if he feels more optimistic about his PTSD now that Gumbo is in the picture, Erick replies that he definitely does. A man’s best friend, indeed!