Steve Harvey is a very funny guy. Turns out, he’s even funnier when he’s got Ellen DeGeneres whispering instructions into his earpiece!

Ellen has a segment on “The Ellen DeGeneres Show” where she uses a secret earpiece to speak “through” a celebrity. The person is then tasked with saying and doing whatever Ellen tells them to do, much to the amusement of everyone they’re interacting with! Ellen invited Steve Harvey to participate in this funny shenanigan during a 2013 taping of one of Steve’s shows, and the results have us rolling with laughter.

From her studio in Burbank, California, Ellen speaks to Steve through his earpiece as he talks to his “Steve Harvey Show” audience in Chicago, Illinois. As soon as the “Ask Steve” question and answer session begins, Ellen takes over.

Right off the bat, as a response to the first question, Ellen’s got Steve doing a series of high kicks. 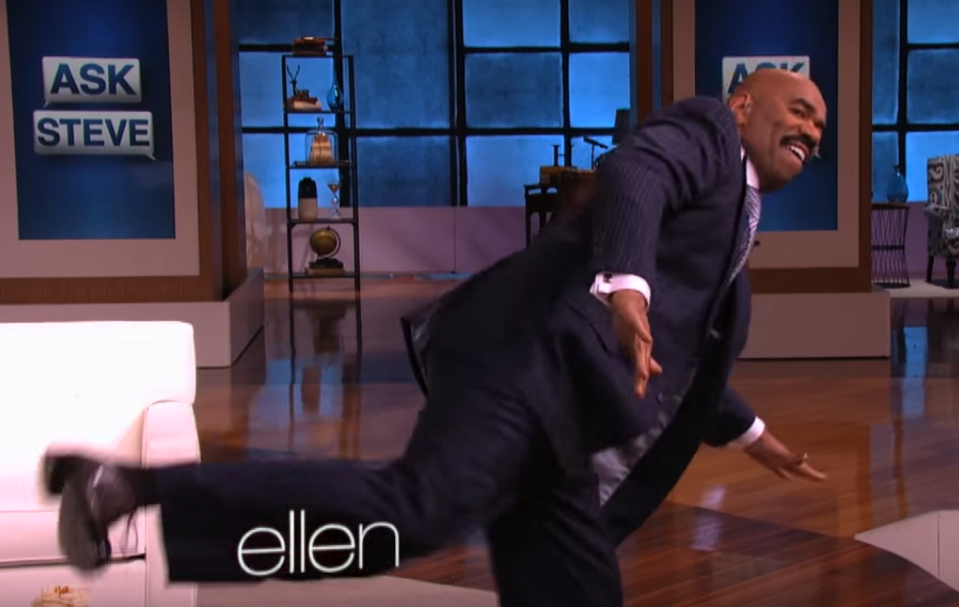 Next, he tells a lady all about the (fictitious) pet iguana he had as a child. “This is hard to believe, but I once had an iguana that could brush his own teeth,” Steve says with a serious expression on his face. Meanwhile, thousands of miles away, Ellen is cracking up!

Steve then goes on to gently mock audience members’ names (“Well, Beck-AHH!”) and make a shocking confession: “My mustache is fake. It’s made out of dryer lint.”

This might be the funniest segment Ellen has ever done, and judging by the way she’s holding back her laughter, we think she might agree! Watch the video below, and keep scrolling to watch Steve’s big reveal to the audience (below).

When Ellen returns, she’s got Steve doing a little light yoga… and barking like a dog. Yes, really! 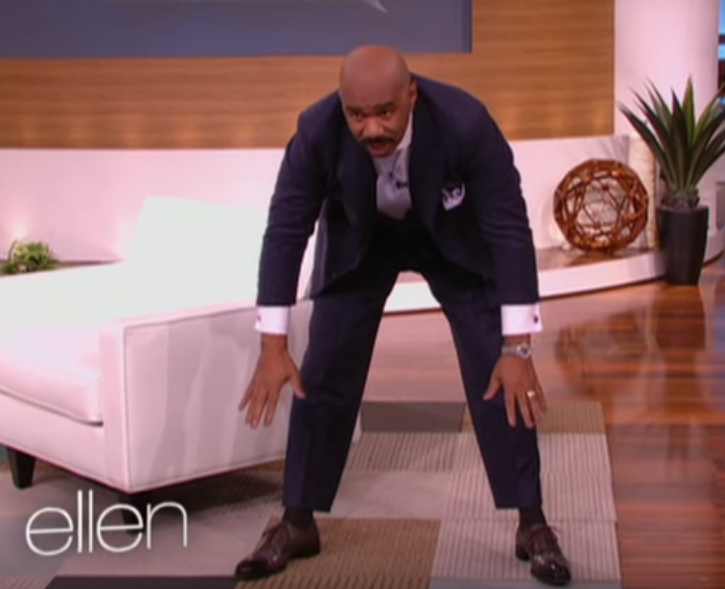 Steve then apologizes for his strange behavior. “I’m on a juice fast,” he says stoically.

Finally, Ellen allows Steve to tell the audience what’s up. “I feel like an utter fool!” Steve exclaimed. That may be, but it has to be worth it because this is seriously funny stuff!

Watch the big reveal below, and don’t forget to share this story to give someone else a big belly laugh today!