Ella’s injuries included collapsed lungs, nerve damage, and broken bones, yet she remained grateful to be alive in the aftermath of the school shooting. She began grueling physical therapy and worked hard to heal the emotional and physical wounds left behind by the senseless act of violence. Through it all, she maintained a positive attitude that buoyed not just herself, but the entire city of Indianapolis. 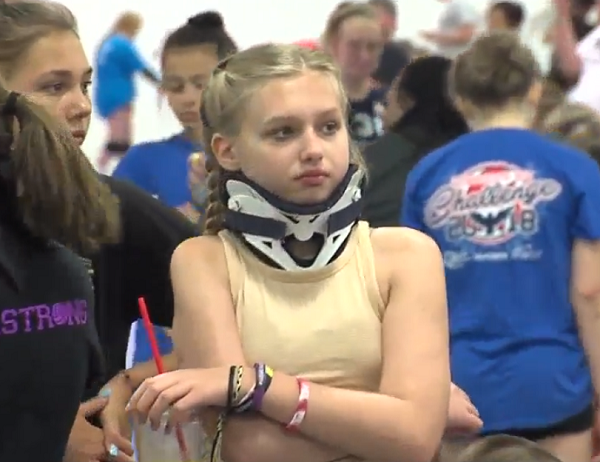 One organization that noticed this strong, fearless young lady was local NFL team the Indianapolis Colts. The Colts invited Ella to join them at a game against the Miami Dolphins at Lucas Oil Stadium and Ella was happy to make an appearance to show the world just how far she’s come in just half a year.

At the game, Ella started off by joining other victims of school shootings and the Noblesville West’s choir in singing The National Anthem. 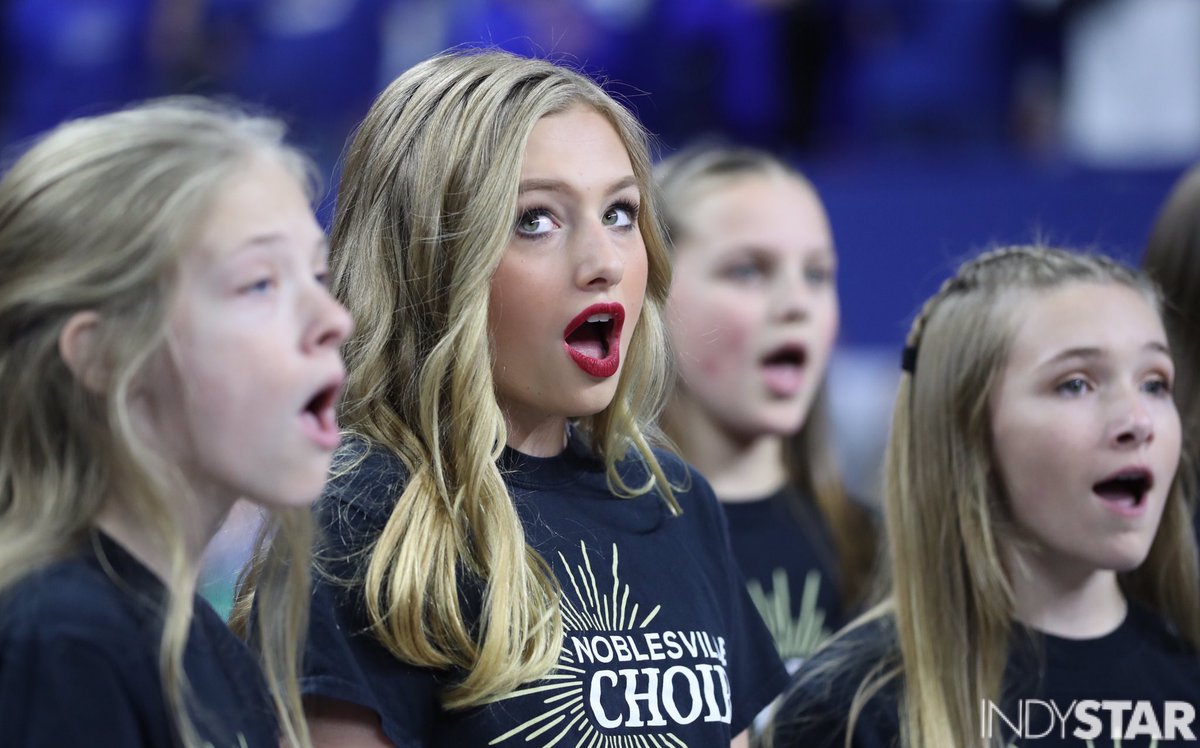 Later, Ella wowed the crowd by becoming an honorary NFL cheerleader, performing a flawless routine with the Colts cheer team between the first and second quarters of the game.

“I get to do a lot of different things now because of this and I think it’s really cool to have this experience a lifetime experience that no one ever really gets to do,” Ella said. 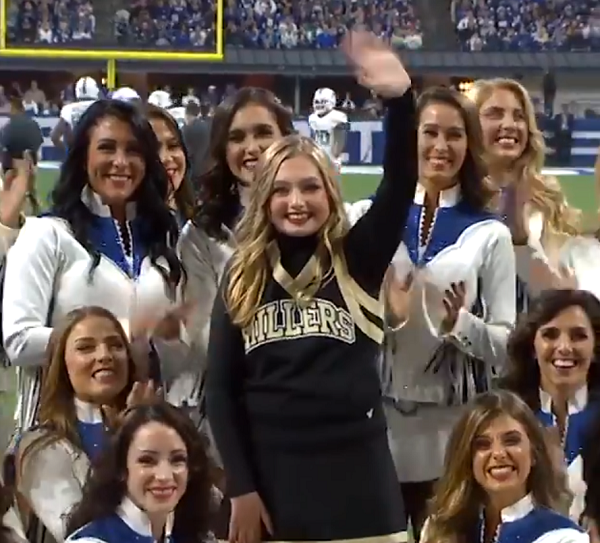 During the energetic cheer performance, Ella danced perfectly, nailing all of the steps and keeping up with the professional cheerleaders admirably. Most incredibly, the teen had the world’s biggest smile on her face throughout the event, lifting the spirits of all who witnessed this tenacious young fighter.

“Ella Whistler shows the world how strong she is by performing with @ColtsCheer as our honorary captain for #MIAvsIND just 6 months after she was shot 7 times in the Noblesville West Middle School shooting,” the Colts tweeted.

Ella’s good vibes must have rubbed off on the team, because the Colts went on to beat the Dolphins 27 to 24!

The young woman is not about to let the heartbreaking actions of someone else dictate what she can and cannot do. She may only be 14, but we can all learn from the way Ella triumphed over hardship with such grace. She’s clearly got a lot to offer our world, and we cannot wait to see what she accomplishes next!

Watch Ella in action with the Colts cheerleaders in the video below, and don’t forget to share this inspiring story of perseverance with others!

Ella Whistler shows the world how strong she is by performing with @ColtsCheer as our honorary captain for #MIAvsIND just 6 months after she was shot 7 times in the Noblesville West Middle School shooting. #EllaStrong pic.twitter.com/ynHIH1qzqn