With all the world’s children to keep track of, and an entire year’s worth of good and bad deeds to balance out, Santa can use as much help as he can get. That’s where the “Elf on the Shelf” comes in, keeping track of the good (and bad) deeds of kids at Christmastime and reporting back to the Big Guy up North.

But this year, Santa was almost minus one pair of eyes and ears, thanks to a Texas mom who accidentally charred Santa’s little helper. 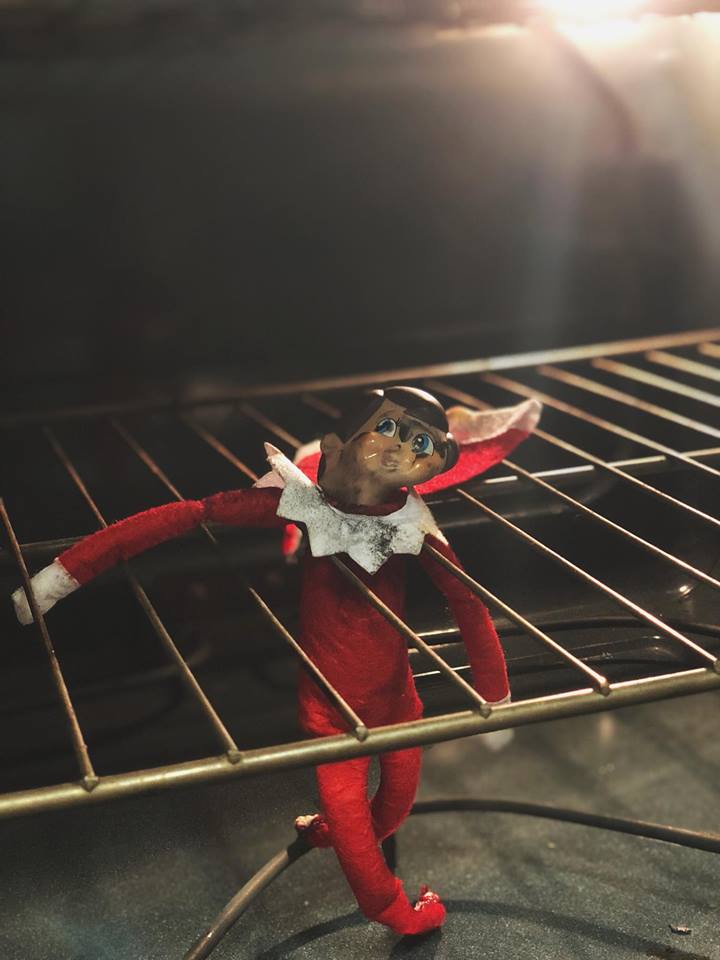 Our story opens with Elfis, who’s been the resident elf in the Mease household for the last five years.

He emerged this year with a leg that had mysteriously been broken sometime between last Christmas and December 1. So Mom Brittany wrote a note for her kids, Gray and Ily, telling them he had to recuperate and wouldn’t be moving around the house during the lead-up to Christmas, at least not for the next two weeks.

“Mom win, right?” writes Brittany, “I just got a free pass to not worry about moving that creepy guy for TWO WEEKS! Heck ya!”

But with all the craziness surrounding the holidays, Mom forgot to move Elfis after the recuperation period was over. And the kids noticed. When they started asking questions, she waited til their backs were turned and “quickly tossed him in the oven until I could move him later and not raise any suspicion.”

Poor Elfis remained, tucked away and forgotten, in that dark oven until the day her kids wanted some pasta. And you can probably guess what happened. 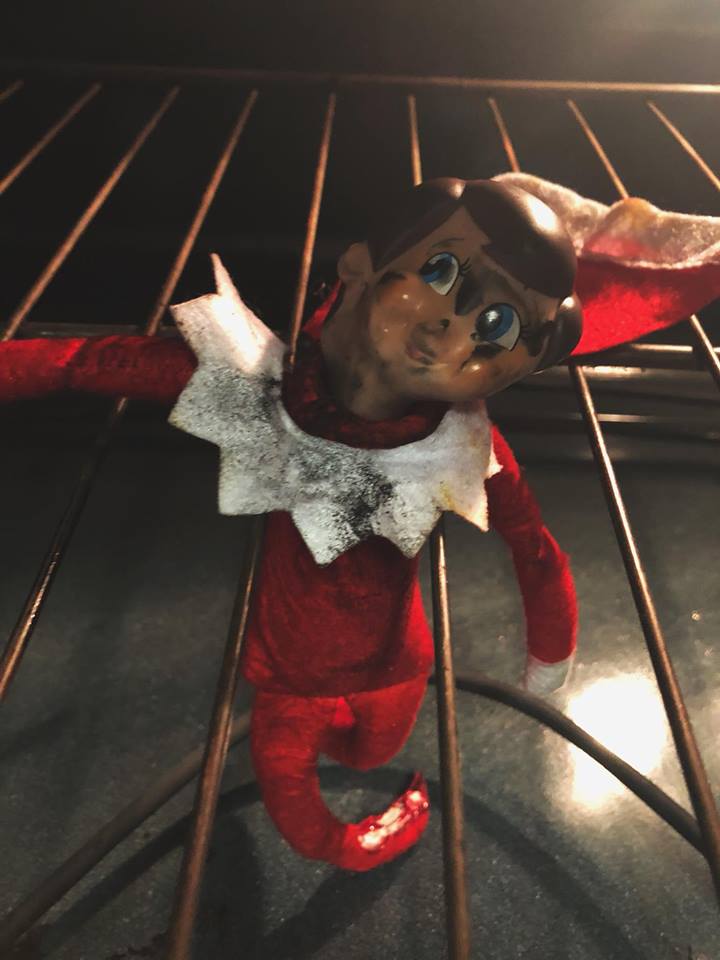 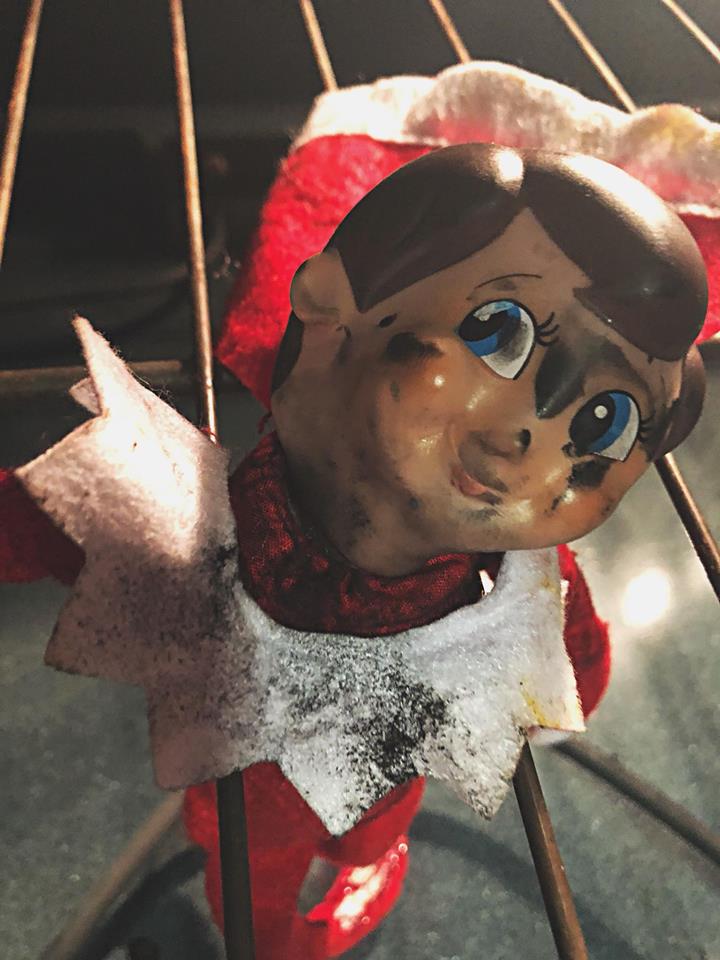 Brittany had been preheating the oven to warm up the pasta (just like her kids like it) when disaster struck: “I started to smell something REALLY funky and that’s when all hell broke loose and I broke my son’s heart.”

It was a tragic scene. 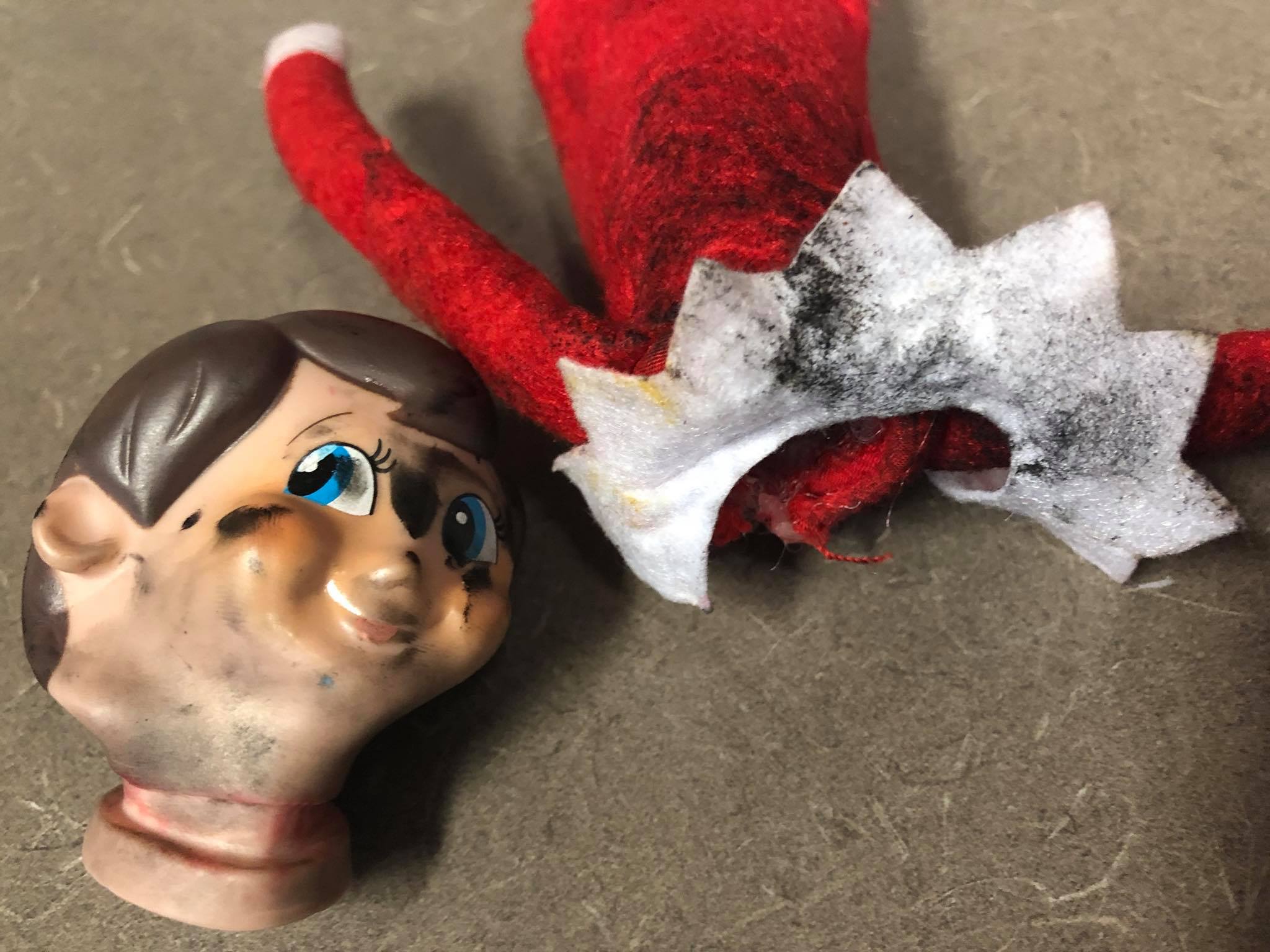 When Brittany’s son heard his mom screaming about the elf, he ran down stairs, happily thinking Elfis was finally back home, “but his world fell apart as we were using kitchen utensils to get our burnt and melting elf out of the darn oven.”

“Sooooo…. guess what I’m doing today? I’m having to scramble and find the other elf we have and then I have to call Santa (in front of the kids) and ask him if he will please pick Elfis up tonight. Ya know, since he is unable to make it to the North Pole to get fixed because his head literally popped off from being too hot once we pulled him out of the oven and his feet are completely melted off.”

And is there a silver lining to this whole debacle? Of course there is. Young Ily has apparently been up to some mischief this year, because she reportedly told her mom that she was “glad the elf is gone because now he can’t tell on her.”

This is one story that’s absolutely too hilarious not to share! It just goes to show, things will inevitably go wrong this Holiday season, but the best thing to do is smile (and call Santa!).