Life is short, so taking time out to “smell the roses” is imperative.

Carlos Hugo Asperilla was strolling down the Gran Via in Madrid, Spain, when he saw something that warmed his heart. Street performer Danielle Day, or DanDann as she’s known to fans, was singing “My Baby Just Cares For Me” by Nina Simone on the sidewalk as people bustled past in the busy marketplace. 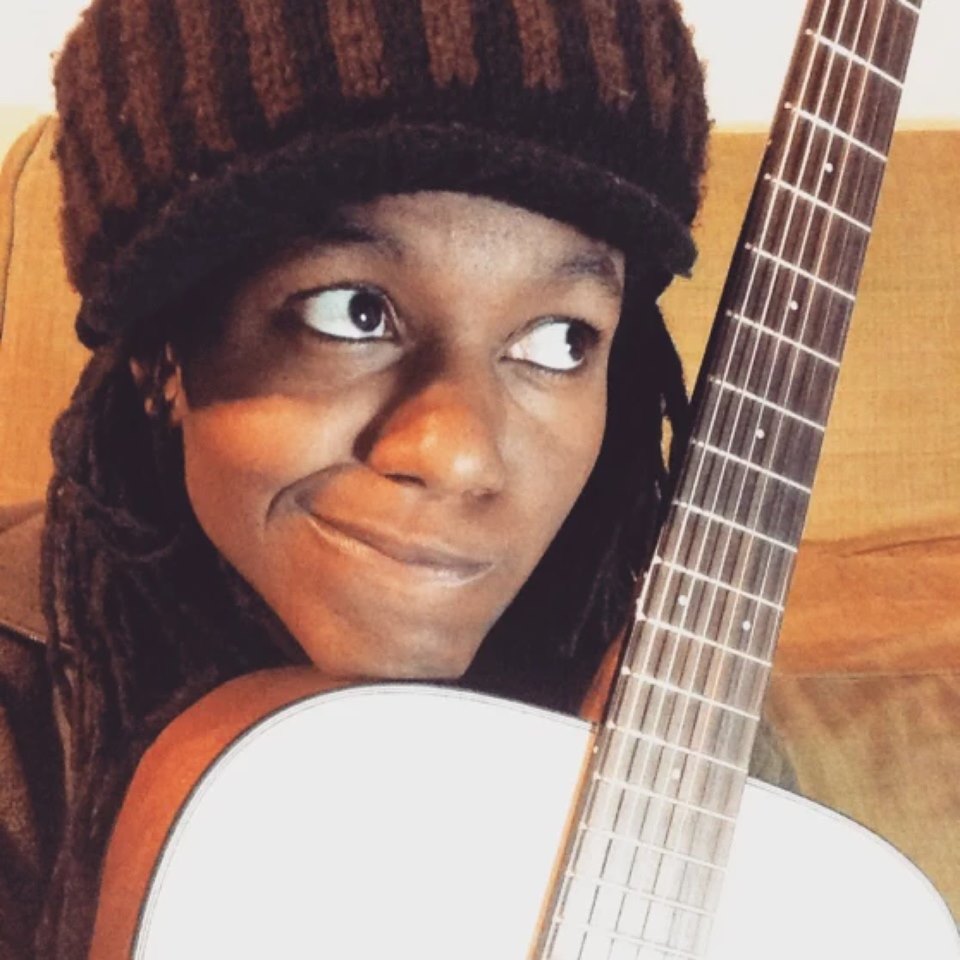 As DanDann sings the song in a low, sultry voice, an elderly man who’d stopped to listen begins to tap his feet in time to the music. As Carlos began to film the man became more and more enraptured by the busker’s song, and you can tell that DanDann is enjoying how much he’s enjoying the show. When there’s a pause in the song’s lyrics the singer grins at her fan and steps out from behind the microphone. 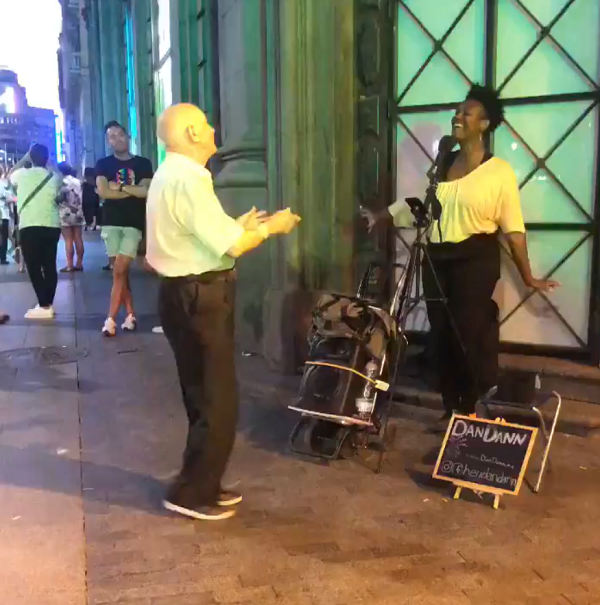 Much to the man’s delight, DanDann begins to dance with him. The two don’t even touch at first, she merely mirrors his dance moves and they move harmoniously in tandem for several seconds. Then, as if by an unspoken agreement, the man opens his arms and she steps into them.

The two fall into a slow, sleepy box step that proves this man has still got some very smooth moves. He deftly twirls the young singer and demonstrates his fancy footwork. DanDann can’t stop smiling as the man twirls her around to the music, treating her like she’s made of a delicate piece of glass. 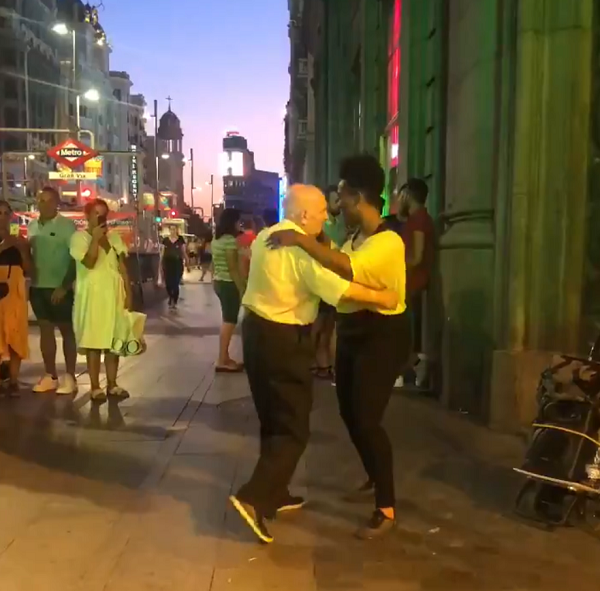 After Carlos uploaded the clip to Twitter it went viral. Over 1.6 million people have already viewed the video, and each person who sees it feels the same sense of peaceful companionship, reminding us that on the inside we’re all simple humans cut from the same bolt of cloth. There is always beauty all around us if only we take the time to see it — and dance!

Watch the sweet video above, and be sure to share.