It’s not red roses, love songs, or helicopter rides. It isn’t always glamorous or sexy, but it is unwavering even in the face of hardship and even after many, many years.

Arthur and Marcia Jacobs can tell you all about true love. The couple has been madly in love since before their wedding day in 1937.

Arthur is 105 years old and Marcia is 100, and — as of this week — they’ve been married for 80 years. They now have two children, six grandchildren, and two great-grandchildren.

One of their grandchildren, Gabe Jacobs, is a filmmaker, and he captured an intimate moment between Arthur and Marcia on the eve of their anniversary. 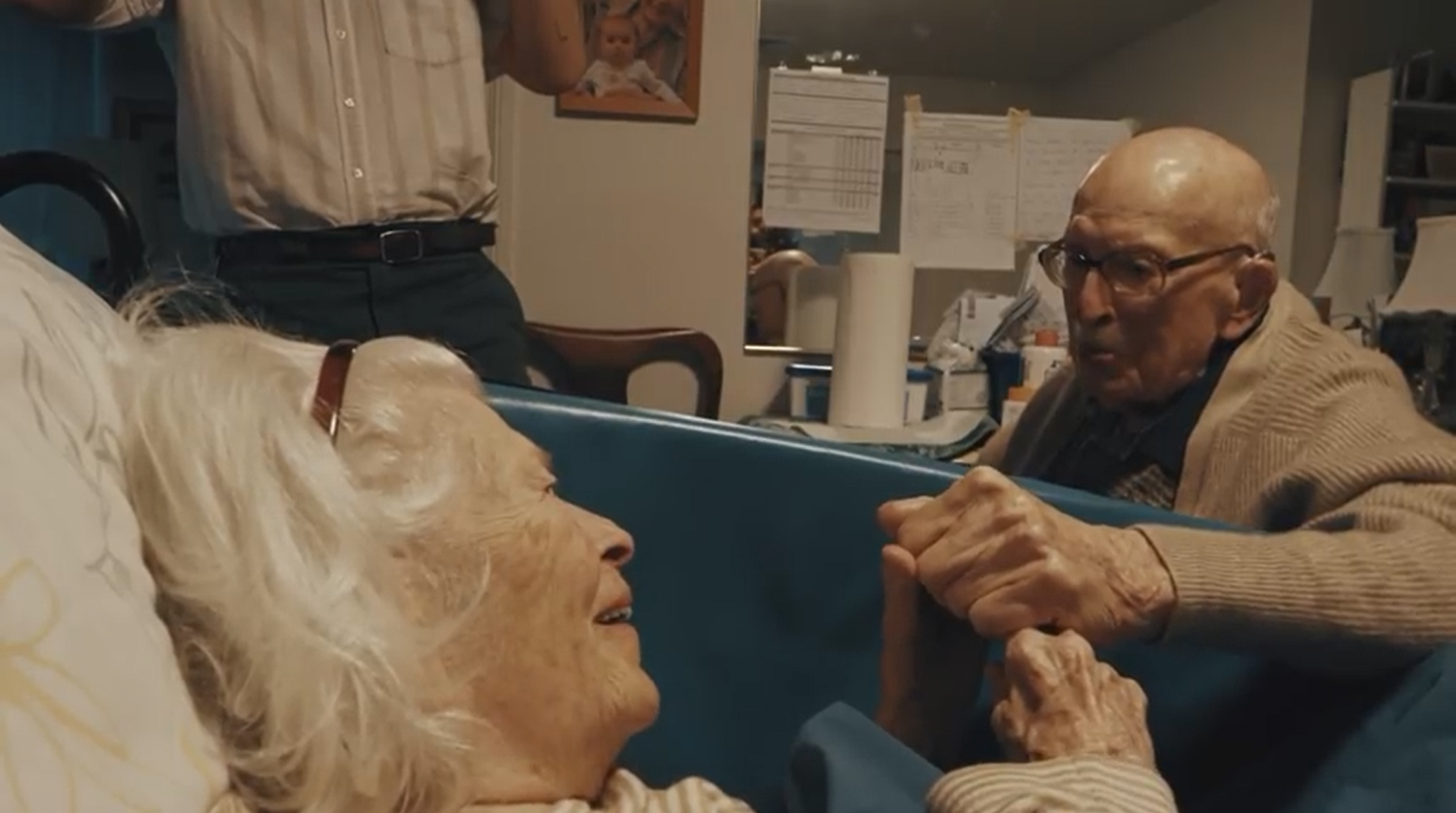 According to Gabe, Marcia is only able to say “hello hello” these days, but she is aware of her surroundings (in the video, she laughs at a joke and also lights up when her husband tells her “you were only 20 when we fell in love and got married”). But she communicates in other ways; she smiles at her beloved husband and kisses his hand in addition to saying “hello hello.” It’s clear she doesn’t need to say anything more than that.