After a shooter killed twenty-two people and injured twenty-four others in a Walmart in El Paso, Texas, the community was shattered. Fear, mistrust, and anger were just a few of the emotions running rampant in the wake of this unspeakable tragedy. Even though he is only eleven years old, Ruben Martinez grieved right alongside everyone else in his hometown. 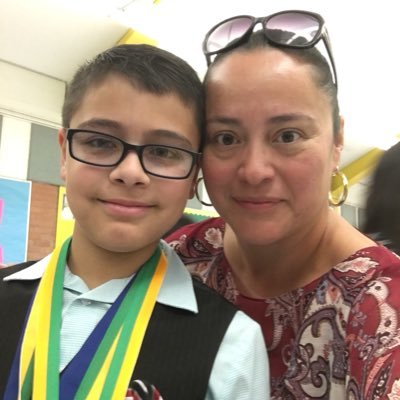 Like many people, Ruben was filled with anxiety after the shooting. He feared for his safety and that of his family, admitting to his mother Rose Gandarilla that he was afraid to go shopping in stores because of the potential for violence. “He was having some trouble dealing with what happened,” Rose explained. “I explained to him that we could not live in fear and that people in our community are caring and loving. I told him to try and think of something he could do to make El Paso a little better.”

Ruben took these words of wisdom to heart, going into his room and emerging some time later with a handwritten letter and a big idea to bring peace and kindness back to El Paso. 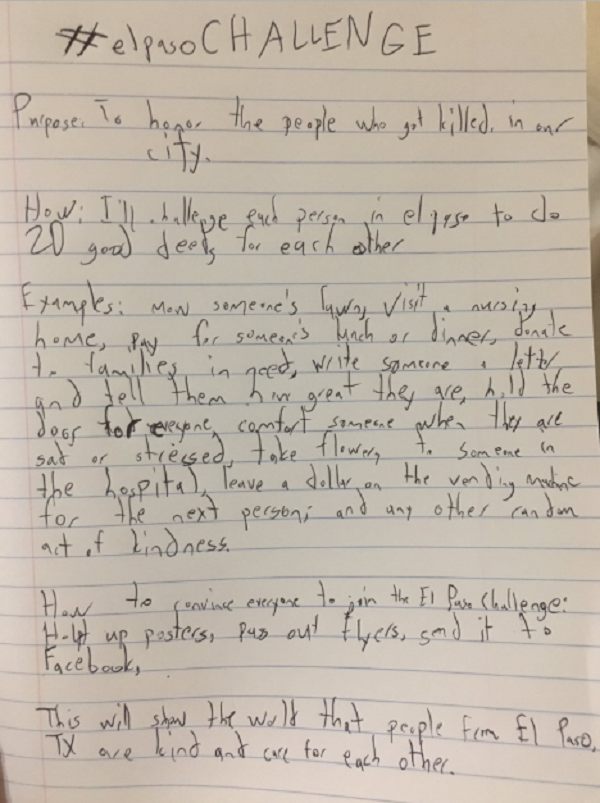 Ruben called his quest for kindness the #ElPasoChallenge, listing its purpose as “To honor the people who got killed in our city” and “show the world that people from El Paso, TX are kind and care for each other.”

The sixth grader then listed ways that people could participate in this challenge, including “mow someone’s lawn, visit a nursing home, pay for someone’s lunch or dinner, donate to families in need, write someone a letter and tell them how great they are, hold the door for everyone, comfort someone when they are sad or stressed, take flowers to someone in the hospital, [or] leave a dollar on the vending machine for the next person.” 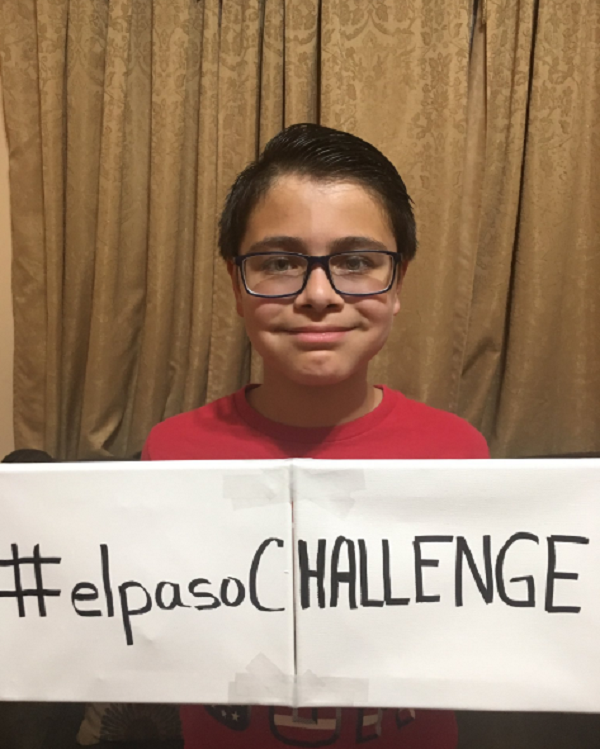 Like any good leader, Ruben was ready to start the challenge himself that very night. “Last night, he agree(d) to go out to do his first act of kindness,” Rose said. “He chose to go deliver dinner to our first responders.”

Rose and Ruben have since visited several area businesses to spread his message, and the very act of helping others has helped Ruben start to heal after the tragic act of violence. “He seems to be doing better and says that hopefully, the world will be a better place with all these random acts of kindness,” she said.

After Rose shared Ruben’s challenge on Twitter, others were quick to praise the child and vowed to get on board themselves. Soon people began sharing their own contributions to the #ElPasoChallenge 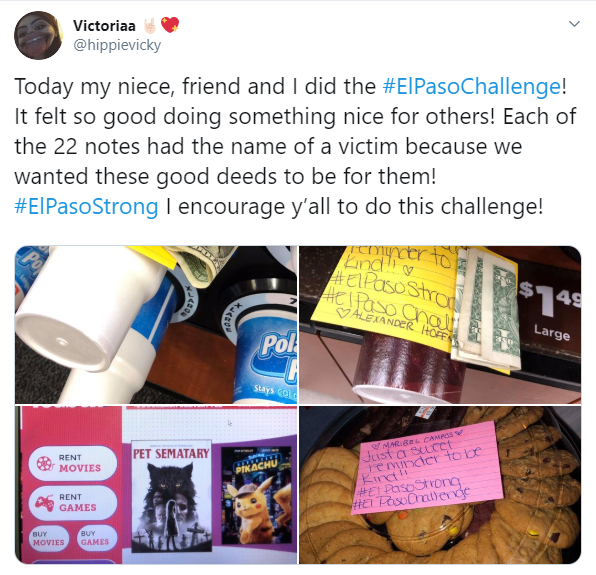 They even stopped to notice people they passed by every day. 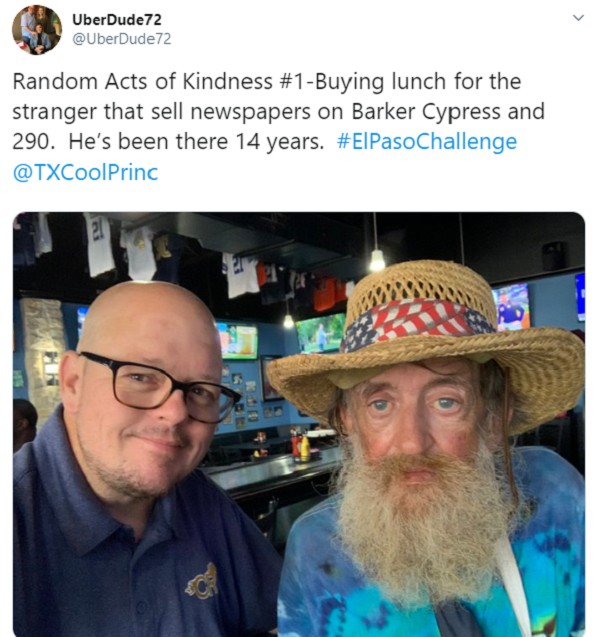 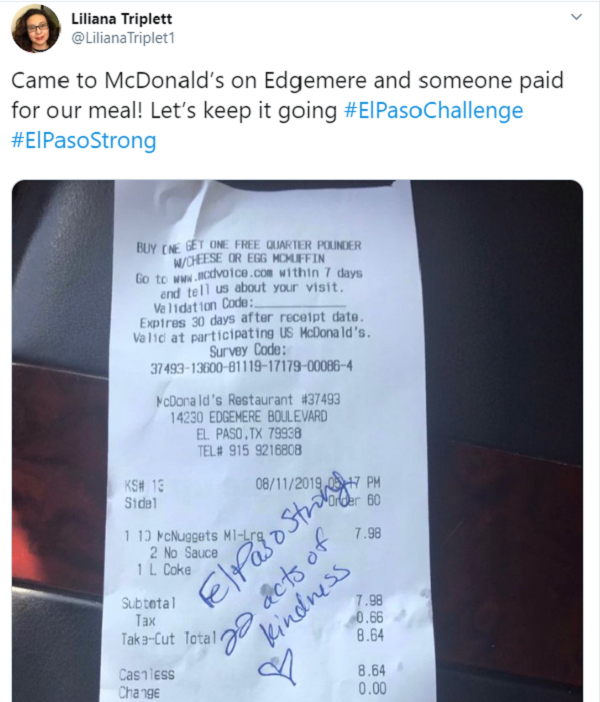 Ruben’s simple solution to a complicated problem has already made a lasting impact on those around him. Simply pointing out that we are all in this world together brings a message of love, acceptance, and healing to our community and the world at large. Sometimes the greatest messages come from the mouths of babes. Well done, Ruben.

Please share this message to spread Ruben’s message and accept his challenge to be kind to others, both in El Paso and elsewhere.