If there’s one celebrity who is known for spoiling his loved ones, it’s Dwayne “The Rock” Johnson.

The former professional wrestler turned movie star grew up in poverty, so he understands what it feels like to work hard but feel like you’re getting nowhere in life. Thanks to those early lessons of struggle and gratitude, Dwayne loves to give extravagant gifts to the people in his life who have always stood by and supported him as he climbed the Hollywood ladder. 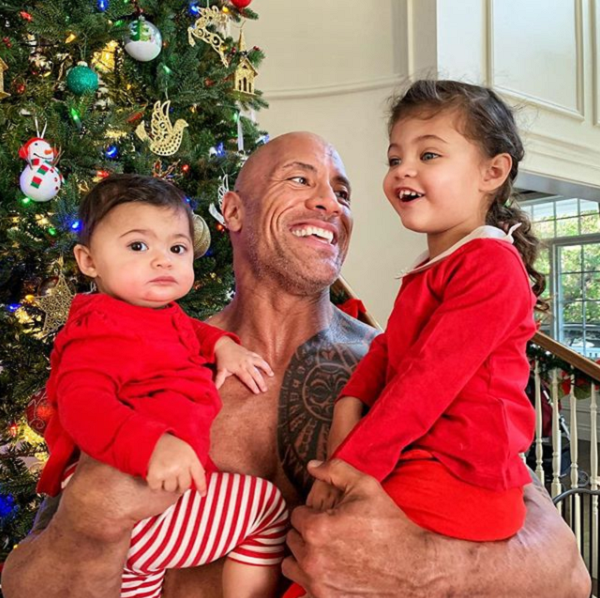 Now that Dwayne has become one of the highest-paid actors in the industry, he’s spread his wealth around in the most heartwarming ways possible. The action star has gifted both of his parents with brand new vehicles, recalling the time he watched his single mom’s car being repossessed as a child. He also rewarded his cousin and longtime stunt double, Tanoai Reed, for his loyalty and friendship with a brand new truck.

At 14 I saw my mom crying about our only car being repossessed. This felt good. Merry Christmas mom.

Posted by Dwayne The Rock Johnson on Sunday, December 30, 2012

This Christmas, Dwayne once again put on his “Dwanta Claus” hat and gave his mother a gift that exceeded her wildest dreams. “This one felt good,” Dwayne wrote on Instagram. “Surprise! Bought my mom a new home for Christmas.”

The short video shows the moment when Dwayne’s mother, Ata Johnson, received the amazing news. Ata is seated in front of the Christmas tree, holding a “golden ticket” from her son in her hands. As she starts to read, her face lights up. 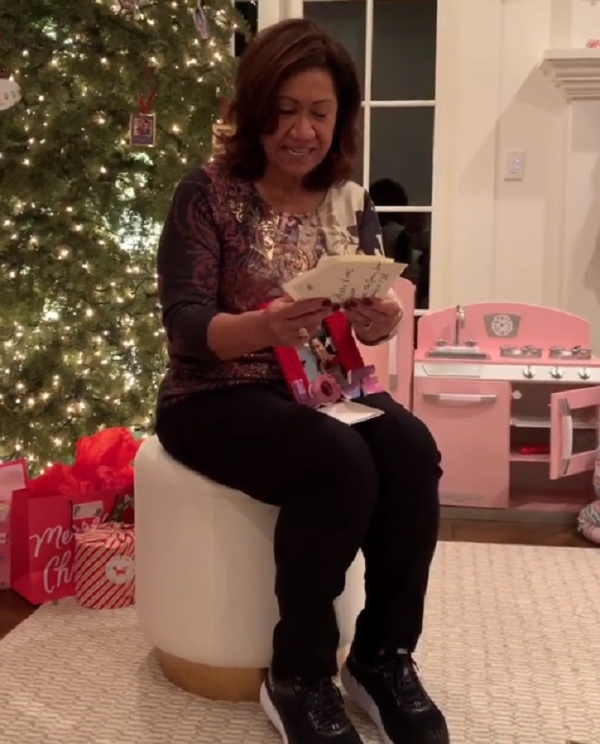 “All our lives growing up we lived in little apartments all across the country,” Dwayne explained. “Lived like gypsies on the road from one state to another. The first home my parents ever lived in was the one I bought for them in 1999. They divorced about 5yrs later and as with life, stuff happens and things got a little complicated. Since then I always made sure my mom and dad have everything they’ll ever need – houses, cars etc.
But the house this time is a special one and the timing is very meaningful.”

Ata’s face crumbles as she realizes that her son has given her the gift of choosing “any home she wants — anywhere she wants.” 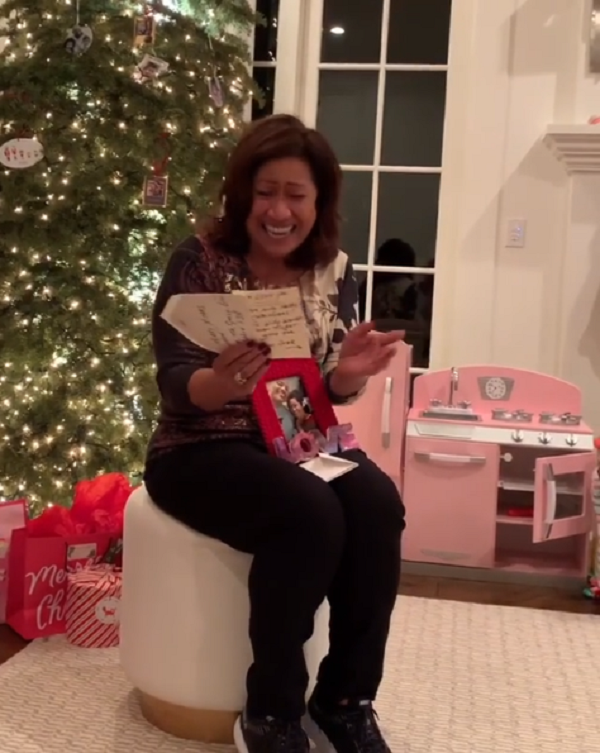 Dwayne’s family was evicted from their home when he was 14, a moment that stuck with him throughout his life.

“I always say to everyone, ‘Hey, around the corner we’re getting evicted. Get to work!’ I drive everyone crazy with that,” he stated in an interview. “I know what it’s like to earn a dollar. I know what it’s like to live paycheck to paycheck and wonder how you’re going to pay the rent. Money doesn’t fall out of the sky. So if you’re going to pay for your ticket, that inspires me to want to make a great movie.”

Ata’s tearful reaction shows just how meaningful this gesture is to her as well. As she embraces her generous son, she must feel like the luckiest mother in the world! Yet Dwayne is quick to tell the world that it’s Ata’s own actions throughout his life that brought about his success. 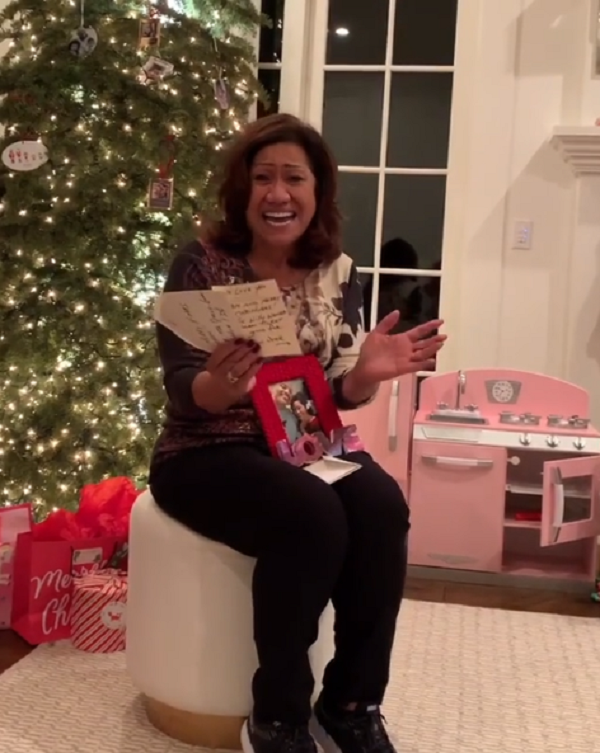 “I always say, if you got a good mama, then you gotta pretty good shot at becoming a decent human being. And somehow, somewhere along the line I became one lucky SOB to be able to make stuff like this happen.”

We just love this guy! If our worth is weighed by our actions, he’s worth his weight in gold. (And that’s saying something because this guy is huge!)

Watch The Rock give his mother a new home for Christmas in the video below, and be sure to share to spread prosperous vibes into the new year and beyond!

This one felt good. Surprise! Bought my mom a new home for Christmas. All our lives growing up we lived in little apartments all across the country. Lived like gypsies on the road from one state to another. The first home my parents ever lived in was the one I bought for them in 1999. They divorced about 5yrs later and as with life, stuff happens and things got a little complicated. Since then I always made sure my mom and dad have everything they’ll ever need – houses, cars etc. But the house this time is a special one and the timing is very meaningful. I told her to treat this card like it’s “Willy Wonka’s Golden Ticket” because she gets to choose any home she wants – anywhere she wants. I always say, if you got a good mama, then you gotta pretty good shot at becoming a decent human being. And somehow, somewhere along the line I became one lucky SOB to be able to make stuff like this happen. Merry Christmas Ma and WOOOHOOO enjoy your new home. Dwanta 🎅🏾