It’s not always easy for men to talk about their feelings.

In our culture, men often feel that they must be the “strong, silent” type. But in reality, men experience just as many nuanced thoughts and emotions as women — and they need to talk about their feeling just as much, too. That’s why Rob Osman of Bristol, England started a walking group just for men. 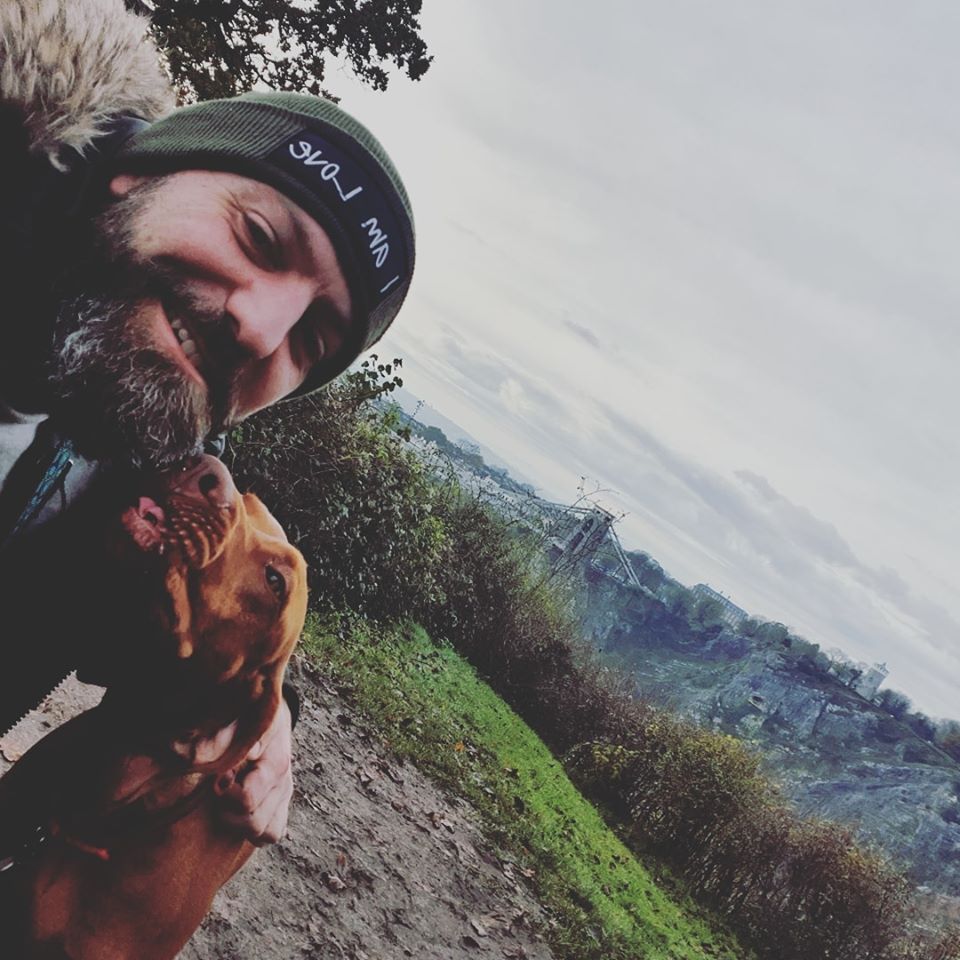 Rob is a stay-at-home dad who is also training to become a therapist. He’s experienced depression and  social anxiety for much of his life, and noticed that he’s particularly nervous being his true self around women. After adopting a Hungarian Vizla named Mali, Rob started taking long walks in the fresh air. He gradually started to realize that the walks were helping his mental health.

After seeking out a local support group for anxiety and depression, he discovered there weren’t many that were geared towards men’s mental health. That’s when the idea came to him: why not create a men-only group that combined walking his dog outdoors with talking about your troubles?

“I started to realize what really helps me is walking my dog and spending time in the fresh air,” Rob explained. “Mali is a four-legged antidepressant. She makes me go outside and go into the woods to play. She makes me change my mood and I could not have asked for a better companion. She is key to the whole thing.” 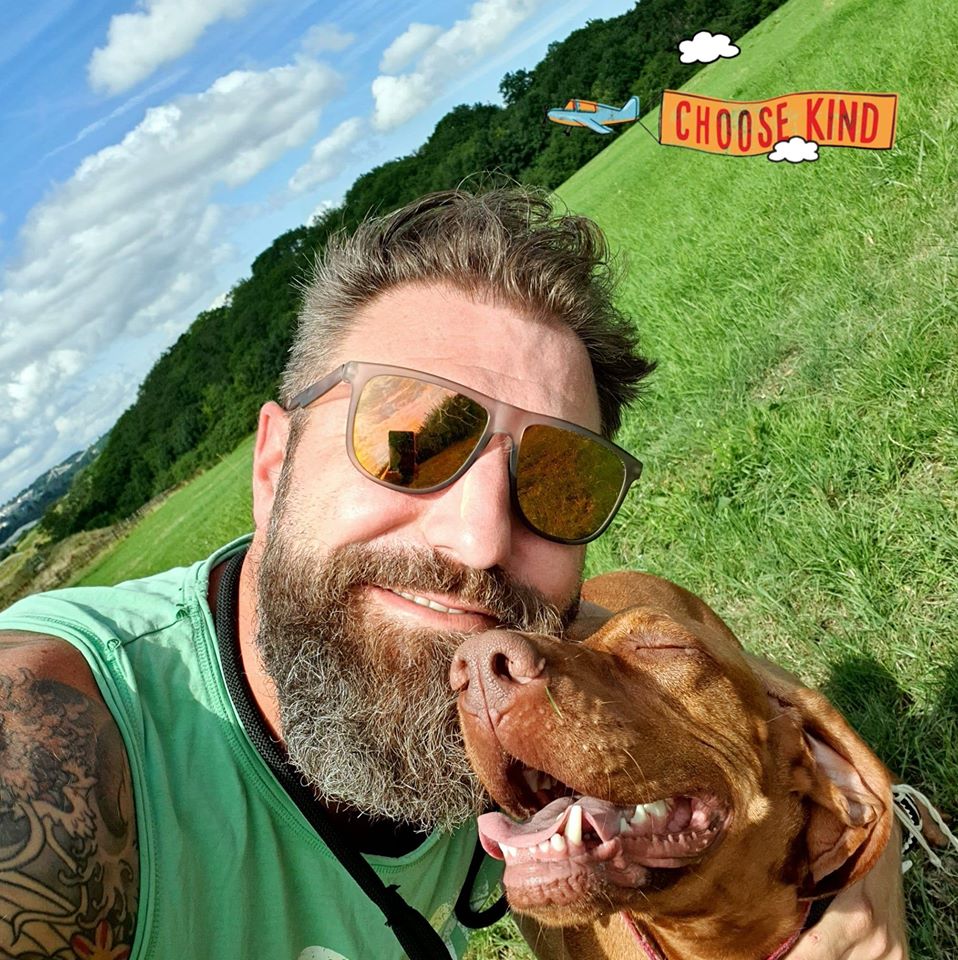 On International Men’s Day Rob shared a video on Facebook, and that’s how Dudes & Dogs got its start. The group meets every Saturday morning at a local nature trail. It’s free and anyone can come, with or without a dog by their side. The idea is to get men out in the fresh air, away from their problems, and allow them to open up without fear of judgement.

“The aim of the group is to create an environment where people can relax and drop their barriers,” he said. “It [walking a dog] is a good way to do so because you do not have to look at each other in the eye and are in an open space. It is at their pace and there is no expectation for them to have to talk – it could be that they just listen the first few times.” 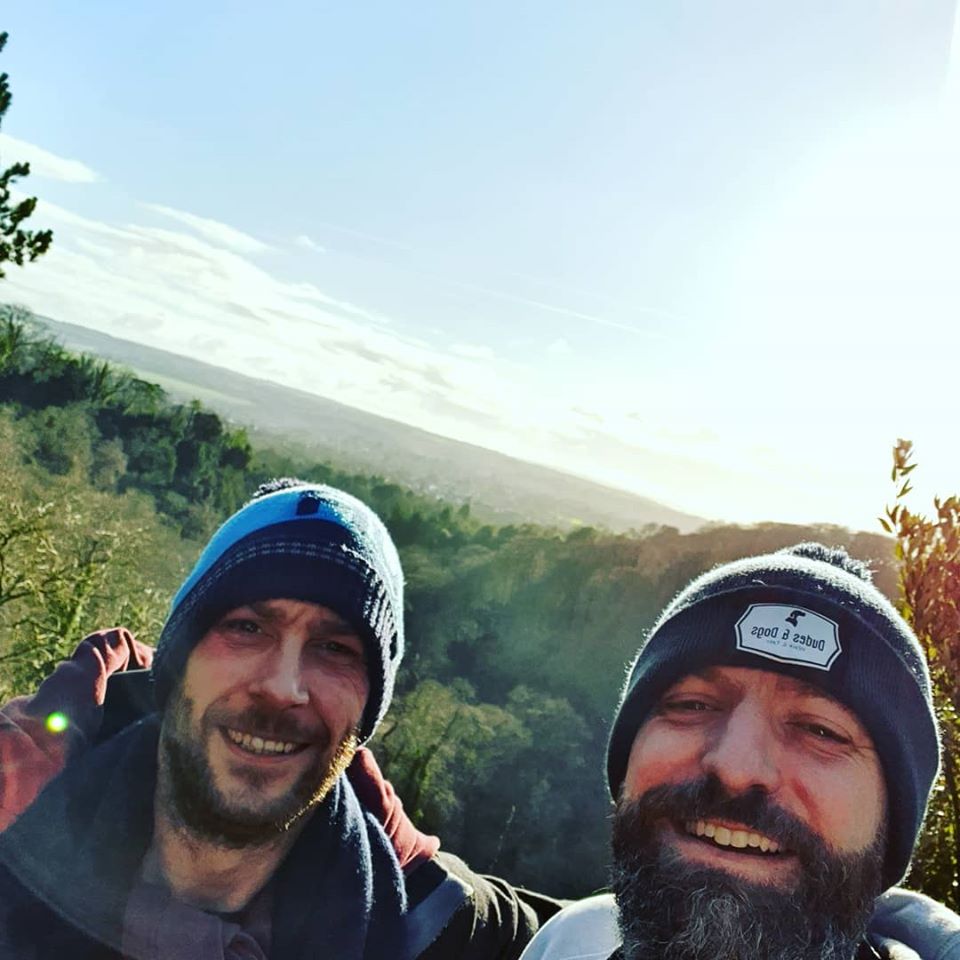 The group is already expanding beyond Rob’s wildest dreams. He’s hoping his movement will go worldwide someday, similar to the Movember movement. What’s really important is that he’s offering up a kind ear to people who might not otherwise open up to anyone!

Share this story to spread the word and wish the best of luck to Rob on his Dudes & Dogs program.

Woman Finds New Life After Overcoming Anorexia And Getting Healthy.